BP: US Hiding Evidence On Size Of Gulf Oil Spill

BP Plc has accused the U.S. government of withholding evidence that may show the 2010 Gulf of Mexico oil spill was smaller than federal officials claimed, a key issue in determining the oil company's liability.

Oracle Gets Cash From Micron To End Price-Fix Suit

Verizon Communications Inc, the nation's largest 4G LTE network and largest and most reliable 3G network provider, is now aiming to offer an integrated video service for its wireless customers, reports the Wall Street Journal. The company has also announced to expand its Long Term Evolution (LTE) network to more than 25 towns in Middle Tennessee outside of Nashville within next few weeks.

The Democratic senator wrote that the U.S. Justice Department, which is already investigating the death of Florida teenager Trayon Martin, has an obligation to investigate the controversial self-defense law that critics say was a factor in Martin's death.

Two US senators have called on the federal agencies to investigate whether employers are violating federal law by requesting Facebook passwords from interviewees. Senators Charles Schumer, a Democrat from New York, and Senator Richard Blumenthal, a Democrat from Connecticut, have asked the Department of Justice and the US Equal Employment Opportunity Commission to commence investigations.

Supreme Court Health Care Case: The Attorneys Behind The Arguments

The Affordable Care Act arguments before the U.S. Supreme Court this week will pit two of Washington's seasoned legal minds against each other in a bout akin to Ali vs. Frazier for the legal set. Here's a look at the lawyers who will lead the historic arguments on the constitutionality of the health care measure.

George Zimmerman's lawyer has spoken out about his client's involvement in the fatal shooting of Florida teenager Trayvon Martin.

An Oracle Corp. investor sued the company and members of its board of directors on Thursday for allegedly trying to stonewall a whistleblower lawsuit that ultimately resulted in a $200 million settlement.

An Oracle Corp. investor sued the company and members of its board of directors on Thursday for allegedly trying to stonewall a whistleblower lawsuit that ultimately resulted in a $200 million settlement.

Sanford Police Chief Bill Lee announced Thursday that he will be stepping down temporarily as chief, a move instigated by growing criticism of his handling of the Trayvon Martin shooting case in Florida. My role as the leader of this agency has become a distraction from the investigation, Lee said (watch full video here). It is apparent that my involvement in this matter is overshadowing the process.

Sanford, Fla., passed a vote of no confidence in its police chief Wednesday as protests of the killing of black teenager Trayvon Martin spread north to New York City, where the slain youth’s parents joined a march demanding the killer’s arrest.

Unarmed black Florida teenager Trayvon Martin's last telephonic conversation with his girlfriend before being shot dead by a neighborhood watch captain reveals that the shooter, George Zimmerman, had followed the boy and killed him in cold blood, the teenager's family lawyer said Tuesday.

George Zimmerman: Did He Call Trayvon Martin A F---ing Coon Before Killing Him?

Deutsche Börse AG, the operator of the Frankfurt stock exchange, announced Tuesday that it will appeal the decision by European antitrust regulators to block its planned merger with NYSE Euronext, the New York Times said.

A U.S. law requiring large graphic health warnings on cigarette packaging and advertising does not violate the free speech rights of tobacco companies, a federal appeals court ruled on Monday.

A U.S. law requiring large graphic health warnings on cigarette packaging and advertising does not violate the free speech rights of tobacco companies, a federal appeals court ruled on Monday.

The U.S. Department of Justice and FBI have begun an investigation into the case of Trayvon Martin, the 17-year-old unarmed black boy who was shot and killed by a neighborhood watch captain in an Orlando suburb. 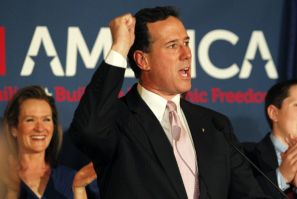 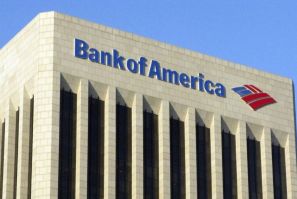 The inspector general for the U.S. Department of Housing and Urban Development said banks involved in the nationwide settlement on foreclosure practices significantly hindered its investigation. 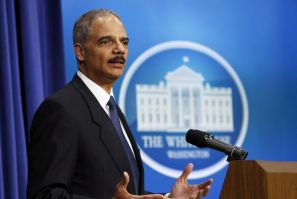 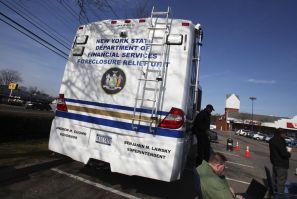 Court OK Of $25 Billion Mortgage Deal To Be Sought Monday

The $25 billion settlement between five large U.S. banks accused of abusive mortgage practices on the one side and federal and state government officials on the other side that was announced Feb. 9 will be filed in federal court on Monday, people familiar with the matter said.

During a panel discussion on Al Jazeera English, the former spokesperson referred to a WikiLeaks cable that proves Yemen was cooperating with a U.S. effort to locate and kill al-Awlaki before the Justice Department authorized the al Qaeda operatives assassination. 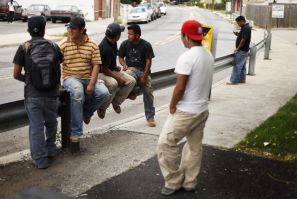