A group of lawmakers opposed to two pending online piracy bills introduced their own proposal that would let the International Trade Commission handle foreign websites that traffic copyrighted material.

AT&T, the second largest U.S. wireless carrier, is on track to smash record smartphone sales in the fourth quarter as the company revealed on Wednesday that it has already sold six million smartphones in the first two months.

AT&T Inc (T.N) plans to forge ahead with its deal to buy Deutsche Telekom's (DTEGn.DE) U.S. wireless unit despite fierce regulatory opposition, and it has the financial resources to close the acquisition quickly, a top executive said on Wednesday.

It turns out that credit unions did not benefit so much from fed-up customers of big banks. The Credit Union National Association said in early November that their survey showed an estimated 650,000 Americans have opened new accounts at credit unions since Sept. 29, the day Bank of America (BAC) announced the $5 debit card fee that it later cancelled due to mounting pressure. However, a newly released regular monthly report shows quite a difference scenario.

In the midst of a legal battle over Alabama's new immigration law, the state's attorney general sent a letter to top Republican lawmakers suggesting ways to shield the law from challenges by altering or deleting controversial provisions.

The couple attacked by a naked, 300-pound bodybuilder named Ruben Arzu and brutally injured, were released from the hospital on Tuesday, authorities said.

AT&T and Sprint Nextel Corp. agreed in separate court filings Tuesday that Sprint's legal case against the $39 billion AT&T/T-Mobile USA merger should begin after the trial with the U.S. Department of Justice is complete, Bloomberg reported.

A state government report said on Friday that California's homicide rate fell by 7.8 percent in 2010 to the lowest level since 1966, in-line with a U.S. drop in violent crimes that researchers have attributed in part to better police work.

Bills to fight online piracy currently pending in the U.S. Congress have received opposition from tech giants like Google and Apple.

The Democratic National Committee (DNC) has unveiled a campaign to help voters surmount restrictive state voting laws that have been enacted by Republican legislatures across the country.

AT&T Inc and T-Mobile USA's parent company Deutsche Telekom AG are still battling to save their $39 billion merger and are not in talks about a network-sharing alternative, people familiar with the matter said on Thursday.

AT&T Inc (T.N) and T-Mobile USA's parent Deutsche Telekom (DTEGn.DE) have discussed forming a joint venture that would pool the wireless operators' network assets as an alternative if AT&T's proposed $39 billion plan to buy T-Mobile USA fails, according to the Wall Street Journal.

AT&T and the parent company of T-Mobile USA, Deutsche Telekom, are considering a joint venture that would pool network assets from the two wireless carriers in case the $39 billion merger doesn't go through, sources close to the situation tell the Wall Street Journal.

The Wall Street Journal is reporting that AT&T and Deutsche Telekom, the parent company of T-Mobile USA, have held preliminary discussions about forming a joint venture should the merger bid be dashed in court. Multiple sources were cited as confirming the report.

Goldman Sachs Group Inc. Chief Executive Officer Lloyd Blankfein may be asked to testify in a market regulator's insider-trading case against a former director of the Wall Street bank, a judge ruled. 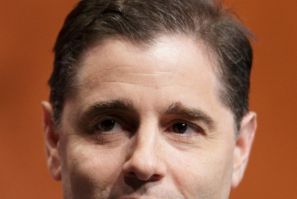 The Federal Communications Commission will allow AT&T to withdraw its application for merger with T-Mobile USA after the commission originally said it couldn't, a person familiar with the matter told The Wall Street Journal.

Fraud in U.S. on the Rise, Led by Asset Misappropriation, Cybercrime

Forty-five percent of U.S. respondents reported that their organization had suffered fraud in the previous 12 months, compared to 35 percent in 2009. Economic pressures, incentives, and opportunities are a significant motivator for economic crime. 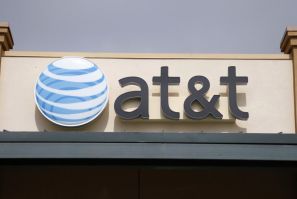 AT&T hopes that an asset sale will ease regulator concerns regarding the $39 billion merger with T-Mobile USA, according to reports. 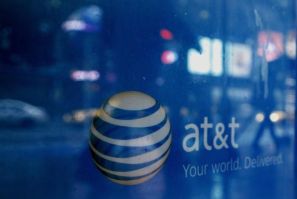 AT&T in Talks with Leap about Divestitures: Report

AT&T is in talks with Leap Wireless International about a potential sale of some assets to the smaller operator in a last ditch effort to gain regulatory approval for AT&T's proposed T-Mobile USA purchase, according to a New York Times report.

AT&T in talks with Leap about divestitures: report

AT&T is in talks with Leap Wireless International about a potential sale of some assets to the smaller operator in a last ditch effort to gain regulatory approval for AT&T's proposed T-Mobile USA purchase, according to a New York Times report. 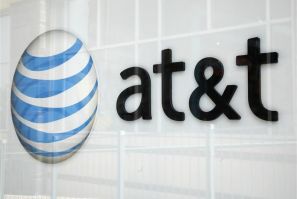