Libya, officially the Great Socialist People's Libyan Arab Jamahiriya is a country located in North Africa. Bordering the Mediterranean Sea to the north, Libya lies between Egypt to the east, Sudan to the southeast, Chad and Niger to the south, and Algeria and Tunisia to the west.

Libya is the fourth largest country in Africa by area, and the 17th largest in the world.[4] The capital, Tripoli, is home to 1.7 million of Libya's 5.7 million people. The three traditional parts of the country are Tripolitania, Fezzan, and Cyrenaica. Libya has the highest HDI in Africa and the fourth highest GDP (PPP) per capita in Africa as of 2009, behind Seychelles, Equatorial Guinea and Gabon. These are largely due to its large petroleum reserves and low population.

Proud panda mother Mei Xiang has shown similar signs of pregnancy five times since 2007, all of which turned out to be false alarms. But on Sunday night, she delivered.

In the wake of anti-American demonstrations over the incendiary film "Muslim Innocence," protesters in Tripoli, Lebanon, have taken to attacking not an American consulate, but an American fast-food restaurant. Rioters were seen burning down a combination Hardee's and Kentucky Fried Chicken there.

The poll, conducted a week before the wave of attacks on U.S. consulates in the Middle East, found voters believe Democrats are just as formidable as Republicans when it comes to protecting the U.S. from terrorism.

Innocence Of Muslims: Was It ‘Impossible To Predict’ Attacks On US Missions?

U.S. officials have acknowledged that they did not issue a high alert to the diplomatic missions about the security threat after an Arabic talk show Saturday telecast parts of an anti-Muslim film made in the United States, which the agencies believe triggered the violent protests against the country's missions in Libya, Egypt and Yemen. 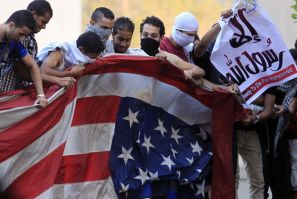 Broadcast Of Video Saturday Sparked Rage, But Security Was Not Beefed Up, Officials Say

U.S. officials believe an Egyptian talk show last Saturday showing parts of an anti-Muslim video was the spark that set off violent attacks on U.S. missions, but acknowledge it did not prompt a major upgrade in diplomatic security, 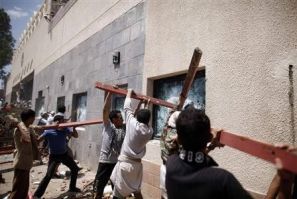 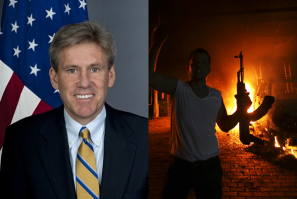 Arrests have been made in connection with the attack on the U.S. consulate in Benghazi, Libya, which left four people, including US Ambassador Chris Stevens, dead. 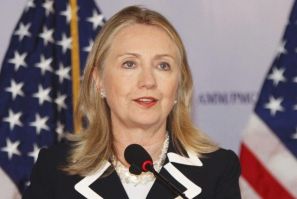 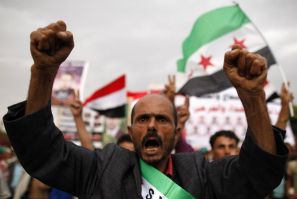