What will happen to the short films and videos that aired on Quibi as the streaming service shuts down its operations.

Why Short Form Video Service Quibi Is Shutting Down

Short-form video streaming service Quibi is shutting down about six months since it was launched for mobile devices, reports reveal.

Quibi Streaming Service To Shut Down

Quibi streaming service to shut down

Quibi May Have To Shut Down If Buyer Not Found: Report

Quibi may have to shut down if buyer not found: report

Meghan Markle and Prince Harry may not get more than $2 million a year from Netflix despite reports claiming they inked a $150 million deal with the streaming giant.

Michelle Obama urges Americans to make Joe Biden, a "profoundly decent man, guided by his faith," the next president.

Quibi Launching Hollywood 'On The Go' Streaming Amid Lockdown

Quibi launching Hollywood 'on the go' streaming amid lockdown

Dustin York, Director of Undergraduate and Graduate Communication at Maryville University, says that leaders should look beyond algorithms for decision making.

Former GE CEO Jeff Immelt was widely considered a frontrunner for Uber CEO, but has withdrawn from the search process.

Uber shot down rumors that Travis Kalanick would return to the company as CEO.

Despite Uber's push to find a female leader, the company seems to have come up short.

Silicon Valley was a huge supporter of Hillary Clinton prior to Tuesday's defeat to Donald Trump. The Valley's response after Trump's win has been mixed.

HP Enterprise In $8.8B Deal With Micro Focus

The move is part of HPE chief Meg Whitman's plans to shift strategy to focus on key areas such as networking, storage and technology services.

GOP’s Meg Whitman May Back Clinton

At a private event in Utah this week, the Hewlett Packard Enterprise executive also reportedly likened Trump to Hitler and Mussolini. 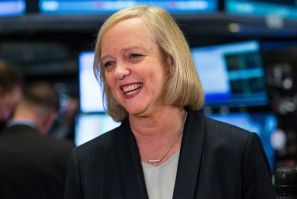 HP Enterprise To Spin Off IT Services Unit

The unit will be merged with Computer Sciences Corp., as HP continues restructuring under boss Meg Whitman. 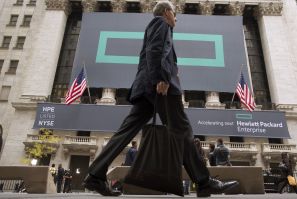 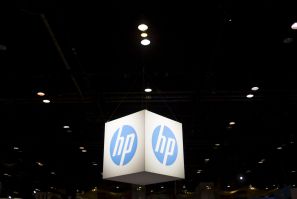 Shares were up 6.4% for the company, which houses the former Hewlett-Packard Co.’s corporate hardware and services division. 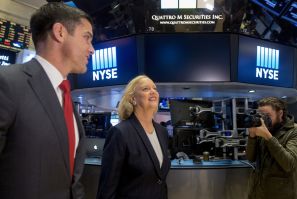 Hewlett Packard Enterprise will focus on corporate business and cloud computing under Meg Whitman, while HP Inc will sell printers and PCs. 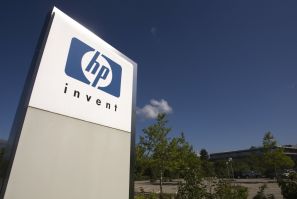 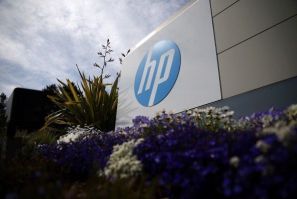 HP To Lay Off Thousands More

The company is splitting up and said that even more workers will be let go than the 55,000 it previously announced. 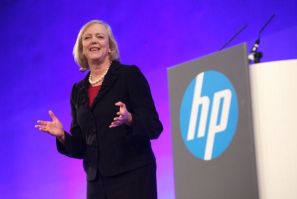