Apple was expected to update nearly every laptop and desktop computer in its lineup for the 2012 Worldwide Developers Conference (WWDC) in San Francisco, including the iMac, Mac Pro, MacBook Pro and MacBook Air. In the end, the iMac and Mac Pro were almost completely forgotten about. Is Apple neglecting its pro customers?

Stanford University is testing out the new program Congestion and Parking Relief Incentives, or Capri, to decrease traffic congestion by paying drivers to commute at off-peak hours.

After a seven-year hiatus, Fiona Apple is set to release another mouthful of an album: The Idler Wheel Is Wiser Than the Driver of the Screw and Whipping Cords Will Serve You More Than Ropes Will Ever Do. The long-awaited release, debuting June 19, has already earned critical raves.

Another Massacre Looming In Syria, US Warns

The U.S. expressed fears Monday that the Syrian government may be organizing another massacre in the town of Haffa in coastal Latakia province, where UN military observers have been denied access.

Talks to reopen the route are stalled, but the withdrawal of the team of low-level specialists does not indicate a significant break in U.S.-Pakistan relations

David Cameron's parenting skills have been put under question, after the British Prime Minister's office confirmed that he accidently left his 8-year-old daughter in a pub and drove off.

North Korea Says No Plan For Nuclear Test 'At Present'

North Korea said Saturday it had no plans to conduct a third nuclear test, but lashed out at South for trying to rattle its nerves.

Aaron Sorkin And The Elephant In 'The Newsroom'

The central character in Aaron Sorkin's coming HBO drama 'The Newsroom' is a registered Republican, but he doesn't advertise it.

Attorney General Eric Holder assigned two prosecutors to look into the classified document leaks that fed two New York Times articles this past week, further heightening the profile of a debate between Democrats and Republicans about secrecy and the press.

?Prometheus? Star Michael Fassbender: A Chronology Of His Meteoric Rise To Fame

With the debut of Prometheus, Ridely Scott's blockbuster Alien prequel, Michael Fassbender is making headlines yet again. The actor, whose legions of fans refer to themselves as Fassinators, Is earning critical raves for his performance in the sci-fi action flick.

After George Soros, the influential hedge fund manager, posted a speech he gave at an economics conference in Italy last week, the financial blogosphere lit up. It got lots of praise as the best analysis yet of the ongoing fiscal debacle in Europe. But at over 4,400 words, it's definitely not for the ADD-challenged. Which is why we've turned it into a handy illustrated video.

Fifty Shades of Grey just got a whole lot hotter. The rumor mill is steaming up with word that sexpot Angelina Jolie was approached to direct the film adaption of the best-selling erotica by author E. L. James.

As the New York Times continues to defend its coverage of President Barack Obama's terrorist kill list and the White House's cyber strategy against Iran, the president said it was offensive for people to assume or believe one of his aides leaked the top secret information to the press.

After George Soros, the influential hedge fund manager, posted a speech he gave at an economics conference in Italy last week, the financial blogosphere lit up. It got lots of praise as the best analysis yet of the ongoing fiscal debacle in Europe. But at over 4,400 words, it's definitely not for the ADD-challenged. Which is why we've turned it into a handy illustrated video.

The Morning-After Pill Does NOT Cause Abortions: Report

One of anti-abortion proponents favorite arguments is reportedly based on extremely outdated science.

Chuck Klosterman Confirms He Is The New York Times Ethicist, Says He Is No 'More Ethical Than The Average Person'

A sweeping effort to suspend the deportation cases of thousands of immigrants has produced few results so far, according to a New York Times analysis. 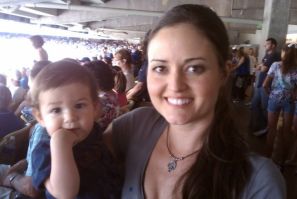 The government may not invoke the bitterly debated National Defense Authorization Act to hold people in indefinite military detention on suspicion that they ?substantially supported? terrorism, a federal judge ruled. 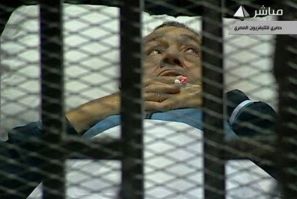 Egyptian state news reports that Hosni Mubarak has experienced severe health problems since he was sentenced to life in prison. He may now be moved out of jail and into a hospital. 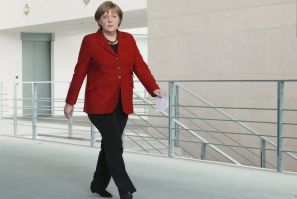 German Chancellor Angela Merkel appears to have altered dramatically her long-held opposition to euro zone nations sharing responsibility for the debts of the monetary union's most troubled banks.

Emmy-award winning actress Kathryn Joosten, who played Karen McCluskey on ABC's Desperate Housewives, died Saturday after a battle with lung cancer. She was 72. 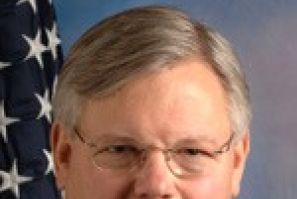