Banks In US, Europe Preparing For Full Impact Of Pandemic

Aside from anticipated loan losses and bankruptcies, banks are also dealing with very low interest rates.

Citigroup Inc. (NYSE:C) will eliminate more than 11,000 jobs globally, about 4 percent of its total workforce.

Citigroup Inc will eliminate 11,000 jobs worldwide, about 4 percent of its total staff, in a move to save as much as $1.1 billion a year in expenses.

Citi's Pandit: Thrown Under The Bus By Board

Vikram Pandit has resigned as CEO of Citigroup, the third-largest U.S. bank. He was replaced by Michael Corbat.

Despite Mediocre Results, Vikram Pandit Gets His Mojo Back

The chief executive of New York-based Citigroup Inc. (NYSE:C) had a surprisingly confident outlook for his bank's future business prospects during a conference call with analysts Monday.

The Federal Reserve is charting a course for more stringent capital reserve requirements for the largest banking institutions in the U.S., in line with new international rules representing the Basel III accord.

Richard Parsons, who chaired the Citigroup Inc board that lost a shareholder vote this week on executive compensation, said on Thursday that directors had failed to adequately explain to investors the methods they used to determine pay packages.

While some athletes want to be paid to play in the Olympics, others are simply appreciative of being able to compete.

Citigroup Inc's quarterly profit beat Wall Street estimates as the third-largest bank cut expenses and benefited from an improved economy and more active capital markets after a dismal end to 2011.

Citigroup Inc. (NYSE: C) kicked off Monday morning by announcing underwhelming first-quarter earnings that narrowly missed analyst expectations on both profit and revenue. The New York-based banking giant reported earnings of $2.93 billion, or 95 cents per share on revenues of $19.41 billion. Earnings a year ago had been reported as $3 billion, or $1 a share, on revenues of $19.73 billion. Analysts had expected earnings to be flat from year-ago results.

Citigroup Inc reported lower first-quarter profit on Monday as the bank worked to contain expenses in the face of volatile capital markets.

Citigroup Inc reported lower first-quarter profit on Monday as the bank worked to contain expenses in the face of volatile capital markets.

Citigroup Inc on Wednesday stood by its pledge to reward shareholders, as Wall Street sought to understand why the bank failed to win approval from regulators to increase its dividend or buy back stock.

Shares of Citigroup (NYSE: C) fell more than 4 percent Wednesday after the Federal Reserve said the No. 3 U.S. bank flunked a “stress test” of its financial viability. 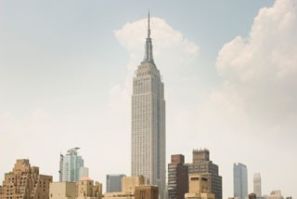 New York is the most competitive city in the world, according to a new survey by Citigroup and the Economist Intelligence Unit. 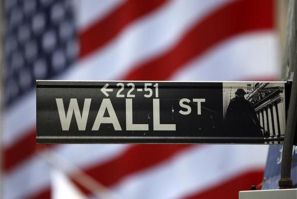