Wal-Mart Stores, Inc. (branded as Walmart) (Public, NYSE: WMT) is an American public corporation that runs a chain of large, discount department stores. It is the world's largest public corporation by revenue, according to the 2008 Fortune Global 500. The company was founded by Sam Walton in 1962, incorporated on October 31, 1969, and listed on the New York Stock Exchange in 1972. Wal-Mart is the largest private employer and the largest grocery retailer in the United States. It also owns and operates the Sam's Club retail warehouses in North America.

Walmart operates in Mexico as Walmex, in the United Kingdom as Asda, in Japan as Seiyu, and in India as Best Price. It has wholly-owned operations in Argentina, Brazil, Canada, and Puerto Rico. Wal-Mart's investments outside North America have had mixed results: its operations in the United Kingdom, South America and China are highly successful, while it was forced to pull out of Germany and South Korea when ventures there were unsuccessful.

Walmart has been criticized by some community groups, women's rights groups, grassroots organizations, and labor unions, specifically for its extensive foreign product sourcing, low wages, low rates of employee health insurance enrollment, resistance to union representation, sexism, and management efforts to pressure employees to vote for specific parties during national elections. Conversely, others point out that Wal-Mart's rapid growth and logistical efficiency has enabled it to bring lower prices to consumers and more jobs to the communities in which it operates.

It's that time of the year when retailers operating in the U.S. begin dribbling out statistics on holiday hires, a closely watched batch of communications considered an important economic indicator.

For all of us who grew up with ample access to sports and the arts, it's difficult to see how our school systems have evolved, practically eliminating the character-building program of sports participation.

Toys 'R' Us Takes On Amazon With 'Tabeo' - Tablet For Kids

Toys ''R'' Us is introducing a tablet for children, and the new product will not be available online. The Tabeo, as the new tablet is called, can be pre-ordered over the Internet but it is only available in Toys "R" Us stores.

With India's economic growth faltering as a result of weak governance, policy paralysis and opposition to reforms, investors feel the urgent need to push for plans to allow foreign direct investment in financial sector and multi-brand retail trade.

Electronic Arts Inc. said in a statement Thursday that "Madden NFL 13," the latest iteration of its iconic football video game franchise, sold about 900,000 in its first 24 hours on retail shelves. Citing "internal estimates," EA said the sale was a 7 percent increase from last year's launch, making it the highest-performing launch title for the franchise for the console generation.

Sears, Former American Icon, Will Be Kicked Off S&P 500

Sears Holdings Corp. (Nasdaq: SHLD), which revolutionized retail in the 20th century with its mail order catalogs. will be removed from the S&P 500 Index at the end of Sept. 4, according to Standard & Poor's, after struggling to lure consumers amid the weak economy.

Best Buy Private Equity Bid: Who Has The Bucks For A Big Deal?

Can Richard Schulze, the 71-year-old founding CEO of Best Buy Co. (NYSE: BBY) put his money where his mouth is? Can he fork up billions from private eqiuity behemoths like KKR (NYSE: KKR)?

Wal-Mart, the world's largest retailer, is expanding its immunization offerings in the U.S. to help lift domestic revenue to levels it is achieving outside the U.S.

Target Vs. Wal-Mart: Target Wins on Pricing, Barely, And Probably Not For Long

Back-To-School, Holiday Season Expected To Be Same Or Better

Unemployment is still well above 8 percent, the cost at the pump is rising and consumers are still wary and cost-conscious, but recent surveys indicate back-to-school buys and the upcoming holiday shopping season will be as good as or better than last year. Still, the theme of the season is cautious optimism.

If you bought kids vitamins featuring Disney and Marvel characters, you're entitled to a refund after the companies peddling the products entered a $2.1 million settlement with the government for making false and unsubstantiated claims. 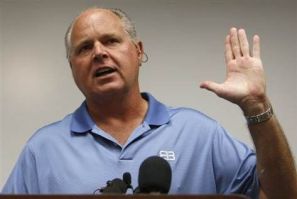 Liberal groups that have been boycotting radio broadcaster Rush Limbaugh for months have apparently drawn blood: aside from winning withdrawals of more than 100 advertisers, second-quarter revenue from 10 stations owned by Cumulus Media (Nasdaq: CMLS) declined due to the boycott, CEO Jim Dickey said. 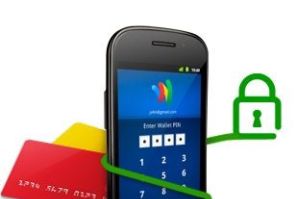 Wal-Mart Stores Inc [WMT], Target Corp. [TGT], 7-Eleven Inc., and Sunoco Inc. [SUN] are poised to announce their rival to the Google Wallet payment system, which launched on Android powered phones last year, the Wall Street Journal revealed. When it does launch, MCX will join the multi-billion dollar race to develop mobile phone payment systems, which propose to do away with cash and card transactions.

The Largest Company You've Never Heard Of: G4S And The London Olympics

The world's third-largest employer suffered a damaged reputation in the wake of its mismanagement of security in London, but it may keep growing all the same. It has always done so.

Chick Fil-A: A Sad, Sorry, Pathetic Spectacle For All Parties Concerned (HOLD FOR SUN AM)

Not only did this represent a grave violation of fair trade practices, but it also smacked of a naked ploy to consolidate their political bases (who, no doubt, agree with their views anyway). 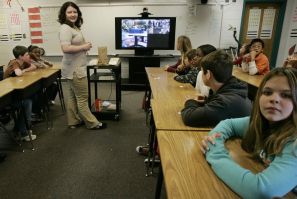 It ‘Takes A Village’ To Fix Our Education System

If we could just educate the next generation on how to eliminate poverty or war, we could then use that savings from our federal budget to fund more education for the following generations. 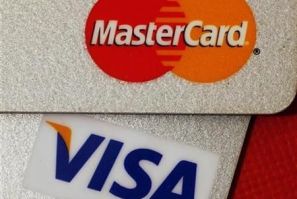 The Merchants Payments Coalition (MPC), which represents retailers, says the fees levied on American supermarkets, stores and gas stations by Visa and MasterCard are up to three times more than in other parts of the world, inflating prices for U.S. consumers. 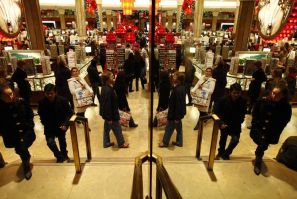 US Retailers Dig Their Own Grave

The hefty $7.25 billion settlement that Visa and MasterCard have agreed to, in response to a 2005 class action lawsuit over credit card swipe fees, will disadvantage retailers further and restrict consumer spending in an economy that relies heavily on credit card use and personal expenditure.
Latest news
Wal-Mart Unhappy With $7.25B Settlement of Retailers' Suit Against Visa, MasterCard
Target Adds More Stores To Its Fresh-Foods List
Facebook’s Mark Zuckerberg To Meet With Wal-Mart Inc’s Mike Duke In Arkansas To Discuss Strategy To ‘Deepen’ Relations Between The Companies
Rapper Pitbull Headed To Alaska After Pranksters Hijack Wal-Mart Promotion
Animal Rights Group Targets Wal-Mart Over Pig Suppliers
EDITOR'S PICK