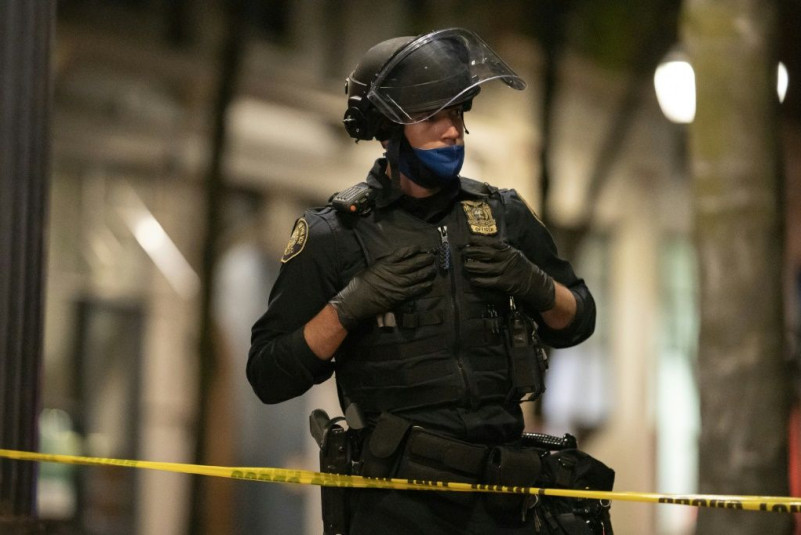 An Oregon man accused of kidnapping and torturing a woman for days has died at a hospital after suffering from self-inflicted gunshot wounds.

Sam Smith Says They Got Kicked Out Of Dating Apps: 'They Thought I Wasn't Me'

A woman claiming to be an ex-Tinder date of the Idaho murders suspect Bryan Kohberger described the suspect as a "stage five clinger" for wanting to be with her.

Tinder may be the most popular online dating app right now. But if you haven't found your match yet, consider these alternatives.

Isimemen Etute, 19, was found not guilty in the 2021 death of Jerry Smith, 40, after the college athlete's lawyer argued he acted in self-defense.

Russian Soldiers Use Tinder While In Ukraine, Swipe Right On Ukrainian Women

The Russian soldiers were just looking for love, one Tinder user from Ukraine said.

TikToker Finds Pregnancy Tests In Date's Restroom, Exposes Him For Cheating On His Girlfriend

Elle posted a video in which she recorded what she found in her Tinder date’s drawers and cupboard.

The campaign has allowed scammers to rake in more than $1.3 million from one victim.

A 32-year-old pregnant woman and her husband were allegedly harassed by a stranger claiming to be her lover after the woman's sister-in-law used her photos to attract men on a dating app without her knowledge.

Dating app companies are showing support to women in need of abortions in Texas.

Tinder And Duolingo Team Up: How To Access This Free Language Feature

The two companies have teamed up so more people around the world can connect and understand each other.

Dating During A Pandemic: Free COVID Tests For Tinder Matches

Tinder members can request a test for themselves and their love match before their date, starting on Saturday at 7 p.m. EDT

Josh Richards and Dave Portnoy said they are excited about working together.

Do North Koreans Have Tinder Or Dating Apps? No ‘Sexting’ Allowed, Defector Says

Some North Koreans turn to matchmaking agencies to set up a date or find romance, but apps like Tinder are not permitted.

Dating App Tinder To Move Out Of Parent's Home

Dating app Tinder to move out of parent's home

83-year-old Tinder grandmother had enough of more than a decade of one-night stands. Now, she is looking for true love.

In "Singleton", women decide whether their current partner is the "real thing" or whether to have a flutter with a new one

Russia has asked Tinder hand over data on Russian users, with the company risking a total ban in the country if it doesn't comply.
About Tinder