Guess What? Religious Beliefs And Sexual Satisfaction May Be Linked

Apparently, having many, or no lifetime sexual partners is connected to lower sexual satisfaction in women.

A video shows the accused questioning the weeping and terrified child, who was unable to comprehend what was happening and couldn't respond.

Cardinal Philippe Barbarin has voiced opposition to the French President Francois Hollande and his administration's efforts to craft legislation legalizing marriage and adoption for same-sex couples.

What Is Rosh Hashana? Everything You Need To Know About The Jewish New Year

Rosh Hashana, the Jewish New Year known as the first of the High Holy Days, is being celebrated as the holiday comes from sundown on Sept. 16 to nightfall on Sept. 18.

Pakistani Hindus arriving in India are demanding refugee status, citing a pattern of persecution and discrimination in Muslim-dominated Pakistan.

A Roman Catholic priest in northern Connecticut has been rebuked by the archbishop of Hartford after he participated in his cousin's same-sex marriage ceremony. Archbishop of Hartford Henry J. Mansell rebuked the Rev. Michael DeVito, of the Sacred Heart Church in Suffield, following the Aug. 17 wedding in New York.

In a rare official complaint from a Vatican senior official in Jerusalem, Friar Pierbattista Pizzaballa, Custodian of the Holy Land, said in a Friday statement that Israel has failed to respond adequately to frequent discrimination against Christians. 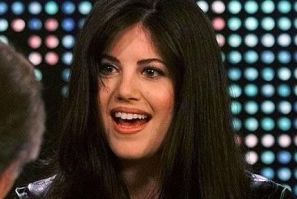 Monica Lewinsky’s Rabbi Will Deliver Benediction After Bill Clinton Speaks, Will It Be Awkward At The DNC?