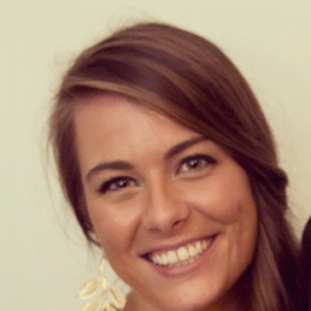 Her writing has appeared on Elle.com, amNew York, NY1.com, Gourmet Live and the Cairo-based website Bikya News. She speaks Italian and French fluently and a sprinkling of Arabic and Spanish.

Despite a truce to halt an inmate riot in Hama, detainees remain deprived of fundamental human rights.

Who Is Muqtada Al-Sadr? The Man Leading Iraq’s Anti-Government Protests

The enigmatic Shiite cleric Muqtada al-Sadr has emerged as the face of the anti-corruption movement in Iraq just in time for the 2018 election.

Two senior Islamic State group fighters were killed and a third arrested in Lebanon on Thursday during an army raid.

Airstrikes Destroy Field Hospital In Aleppo, Killing One Of The Last Pediatricians In Syria

The attack killed at least 27 people, many of them patients and staff, including one of the last pediatricians left in the war-ravaged country.

The forces of President Bashar Assad dropped warning leaflets in Homs, urging rebels to give up before a fierce new offensive begins.

The Islamic State group, the Taliban and the Afghan government are fighting for control of Afghanistan. But only one of these groups is consolidating its position.

An opposition alliance launches a new offensive on President Bashar Assad’s home turf and asks for a pause in negotiations.

Five major Libyan oil fields have been closed and evacuated due to fears of looming attacks.

The targeted killing of a Fatah leader could escalate hostilities in Lebanon’s Palestinian refugee camps.

As The Syrian Regime And Opposition Forces Announce New Operations, Civilians Continue to Be Killed During Syria’s Ceasefire

For Syrians who have suffered through more than five years of war, a ceasefire means a lower body count, but not a break from mounting casualties.

Al Qaeda in the Arabian Peninsula has been embedding with local governing institutions in Yemen, offering vital social services in the impoverished country.

The massive data leak has revealed the companies selling aviation fuel to the Syrian regime of President Bashar Assad.

Turkey’s ‘War On Terror’ Against ISIS And The Kurds

Turkey continues to play an active role in the fight against ISIS, but it has not strayed from its original battle against Kurdish militants.

Palmyra, An Ancient World Heritage Site Transformed Into A Military Base Coveted By ISIS And The Syrian Regime

Located in an oasis northeast of Damascus, the ancient World Heritage site has become a significant symbolic and military position in the now 5-year-old Syrian conflict.

Ceasefire Announced In Yemen After One Year Of War

The country’s war is becoming increasingly complex, and its ensuing fragmentation has made it more difficult than ever to achieve peace.

Belgium is at the center of a complex network of militants that has been linked to deadly attacks throughout the continent.

The explosions that killed at least 30 and injured hundreds were sophisticated attacks, but it remains to be seen if a recent push by authorities to arrest militants might have sped up the timeline.

In Syria, Kurdish Autonomy Could Complicate Allegiances On The Ground

Syrian Kurdish groups have declared an autonomous state, and the move is likely to be met with more fighting and shifting allegiances.

For Syrian Refugees And Lebanese In Lebanon, The Road To Europe Is The One Less Traveled

Among the Syrians who left for Europe were hundreds of Lebanese nationals who joined them in the search for a better life.

For opposition forces battling Syrian President Bashar Assad, the announced withdrawal of Russian forces may not end the bombing of civilian areas.

The Middle East rivals are waging proxy wars against each other on the region’s battlefields, and Lebanon is suffering the fallout.

Tunisian security forces are dealing with the second militant attack in a week on the country's border with Libya.

Syria Without Electricity, Internet After Blackouts In Every Province

The war-torn country was subject to a nationwide power cut on Thursday, but the ultimate cause is unknown.

The promise of a better financial future appeared to be among the most important factors determining the decisions of voters at the polls in Tehran.

After five years of fighting, the vague terms of a deal negotiated by the U.S. and Russia leave gaps that terrorist groups are likely to exploit.

Biggest ISIS Threat To Europe Now Comes From Libya, Not Syria And Iraq

The Islamic State group unit in Libya could be a more serious threat to Europe than are the organization’s branches in either Iraq or Syria.

In Aleppo, US Allied Kurdish Militias Battle For Land Not Loyalty

Although the Kurds have had success on the ground against ISIS and significant tension with Turkey, defeating either of these enemies is overshadowed by their first priority, which is to secure territory.

In Syria, International Powers Are Bombing And Shelling Their Way To A National Ceasefire

With continuing attacks on civilian targets, peace is not a priority for international powers involved in Syria.

Samsung Electronics Co Ltd flagged a worse-than-expected 32% drop in quarterly operating earnings on Friday, as an economic downturn slashed demand for electronic devices and the memory chips that go in them.

Indonesia is in talks with several African countries, including Nigeria, to export and donate its homemade COVID-19 vaccine, its developer said on Friday, after becoming the first country in Southeast Asia to approve a domestically developed COVID shot.

Amid War Crisis, Putin Turns 70 With A Prayer For His Health

President Vladimir Putin turned 70 on Friday amid fawning congratulations from subordinates and a plea from Patriarch Kirill for all lay and clergy to pray for the health of the longest serving paramount leader of Russia since Josef Stalin.