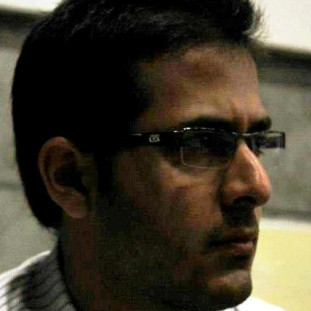 The mysterious flash of high-energy burst, called FRB 150215, was detected in February 2015 using the Parkes radio telescope in Australia.

A team of researchers used a combination of laboratory impact experiments, computer models and geological observations to explain the formation of bright streaks around some impact craters on Mars.

Rise Of The Superbugs: Study Reveals How Antibiotic-Resistant Enterococci Came To Be

A new study pegs the origin of these "superbugs" to about 450 million years ago, when life made its first foray into land.

Astronomers have discovered three quasars — each a billion times the mass of the sun — whose very existence challenges our conventional understanding of how supermassive black holes form and evolve.

Supernova 'Kill Zone' May Not Be As Big As Previously Believed

A new study estimates that a supernova about 40 or 50 light-years away from Earth will not have the potential to trigger a mass extinction event on our planet.

Data released Wednesday by the U.S. Geological Survey and Portland State University has revealed that over the past 50 years, glaciers in the Glacier National Park in Montana have retreated by 39 percent.

A series of experiments has revealed that quantum entanglement — the phenomenon Einstein once derisively referred to as "spooky action at a distance" — persists even at high accelerations.

A team of researchers from the National Institute of Standards and Technology has successfully used previously known techniques to cool and control molecular ions.

The discovery of fossils of microorganisms in 3.48 billion-year-old hot spring deposits pushes back the earliest known existence of microbial life on land by at least 580 million years.

Trump Administration Will Not Move Embassy In Israel To Jerusalem: Report

According to Israeli news website NRG, President Donald Trump has informed his Israeli counterpart Benjamin Netanyahu of his decision to keep the embassy in Tel Aviv.

Linac 4, which will be connected to CERN’s accelerator complex sometime between 2019 and 2020, will eventually double the beam intensity to be delivered to the Large Hadron Collider.

Observations made using NASA's NuSTAR telescope have revealed that supermassive black holes in merging galaxies do most of their feeding during the later stages of galactic mergers, when they're heavily obscured.

The new material, made of a compound called barium stannate, could lead to the creation of smaller, faster, and more powerful electronics, and more efficient solar cells.

The study could provide clues to the genetic code that controls the expression of genes, and may also further our understanding of embryonic development and diseases such as cancer.

A team of researchers has demonstrated that chemical bits are stable enough to store information.

Researchers from McGill University in Canada argued in a new study that the silica-rich minerals in Earth's crust may have been deposited by a “silicate rain.”

The image was captured using the high-resolution JunoCam instrument from an altitude of about 32,400 miles above the gas giant’s atmosphere.

The 12 proposals will now undergo scientific and technical review over the next seven months.

A new analysis of nearly five decades of data has revealed the oceans' dissolved oxygen levels started dropping in the 1980s as global temperatures began to climb.

A team of researchers has found a marked variation among countries in contributions to the conservation of world’s large mammal population, with poorer countries taking a more active approach than their richer counterparts.

Noise Pollution: Even America's Protected Areas Are Not Safe From Human-Caused Racket

A study of 492 protected sites around the continental U.S. revealed that in nearly two-thirds of these areas, noise from human activities was twice as high as natural background sound levels.

Scientists Use Simulated Moondust To Forge Bricks In A Solar Furnace

The proof-of-concept experiment proves that it is possible — at least in theory — for future lunar colonists to build habitats using material available in situ.

A fresh analysis of the apparent slowdown in the rate of rise of global temperatures between 1998 and 2012 has shown that the phenomenon was the result of natural short-term variability that does not affect long-term climate projections.

If hybrid mesons, which are identical to ordinary mesons in composition but quite different in behavior, are discovered, it would help us expand our understanding of the strong nuclear force.

A Planetary System Just 10.5 Light-Years From Earth Could Shed Light On Solar System's Formation And Evolution

This system, which is just 10.5 light-years from Earth, is 800 million years old, and could help scientists understand how our solar system formed and evolved.

Experiments conducted by a team of linguists suggest people who fluently speak two languages think about time differently than those who speak only one.

A team of researchers has come up with a technique to “breed” Schrödinger’s cats, and has, in the process, figured out a way to create cats with much bigger amplitude than ever before.

Pulsars, Not Dark Matter, May Be Responsible For Excess Gamma-Ray Glow At Milky Way's Centre

According to a new study, the mysterious excess of high-energy gamma ray emissions coming from the Milky Way’s centre is most likely caused by pulsars and not dark matter as previously thought.