What If Being Gay Was The Norm? ‘Love Is All You Need?’ Film Depicts World Where Being Straight Is ‘Abnormal’ [VIDEO]

"Love is All You Need?" imagines a world where being gay is the norm and being straight isn't. Film writer and director Kim Rocco Shields uses the film to illustrate the impact of bullying and anti-hate sentiments.

Jason Collins made history on Monday, becoming the first openly gay male athlete in a major team sport. A flurry of athletes and the sports world tweeted their support once the news broke.

A high school student at La Salle High School in Cincinnati, Ohio, reportedly tried to commit suicide by shooting himself with a gun in front of classmates in a classroom.

Kate Hudson had a celebrity-studded surprise birthday bash on Sunday in New York City, despite saying she wanted something low-key.

A Minnesota bride chooses not to toss her bouquet and instead hands it over to her gay sister in a sweet gesture for marriage equality.

A fire raged through a psychiatric hospital just outside of Moscow early Friday, killing 38 people, and sparking national concern about the state of the country's state institutions.

Read this fourth grader's touching essay on gay marriage he wrote for class that has gone viral in which he says "just get over it."

This may be the best political slogan ever -- and now it's a song, thanks to NYC mayoral candidate Jimmy McMillan.

George W. Bush avoided weighing in on the national gay marriage debate during his interview with CBS's Charlie Rose.

Ace Of Base Member Ulf Ekberg Had Nazi Past, Revealing Explicit Racist Lyrics

Ulf Ekberg, one of the founding members of Ace of Base, had a Nazi past.

Publisher Of Kate Middleton Topless Photos Under Investigation In France

The French magazine publisher of the topless Kate Middleton pictures that surfaced last year is being investigated for violating the Duchess of Cambridge's privacy.

The "Quit The Denial" campaign, with its hilarious and witty ads, is aiming to get social smokers to quit smoking before they become daily smokers.

93-Year-Old Auschwitz Nazi Guard Hans Lipschis Under Investigation, Could Be Charged As 'Accessory To Murder'

A former Auschwitz Nazi guard, 93-year-old Hans Lipschis, is under investigation by German officials and could be convicted of being an accessory to murder.

Celebrities are imploring kids to stop condom snorting, a trend that's recently picked up on YouTube.

Watch: Actress Alyssa Milano Protest Outside The White House Before She Is Arrested 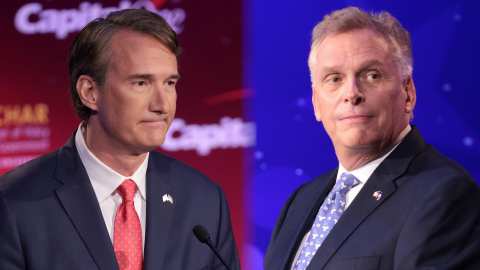 Terry McAuliffe vs Glenn Youngkin: Who Are The Candidates For Virginia Governor Race?

Learn the best ways to use spears in "New World" for both PvP and PvE game modes with this guide.

'Destiny 2': How To Get High-Stat Armor

Olympic Flame Arrives In China Ahead Of 2022 Beijing Games

Olympic flame arrives in China ahead of 2022 Beijing Games

Brazilian President Jair Bolsonaro has let thousands die under his watch as he deliberately delayed the release of COVID vaccines, report says.

The video, obtained by TMZ, was provided by a witness who claimed Laundrie was most likely the person in the surveillance camera footage.

CDC Warns Against Traveling To These 7 High-Risk Countries

President Biden proclaimed October 11 to be Indigenous People's Day, as he acknowledged the "resilience and strength" of Native Americans, as well as the many wrongs and atrocities they were forced...

Lisa is also set to appear in a collab track with DJ Snake, Ozuna and Megan Thee Stallion on Friday.

Next month, BTS will also have its first offline concert in two years.

Marcus Rashford is on point on what Manchester United must do to win games.

A former WWE writer is not holding back on his opinion on the promotion once again.

Klopp Responds To Simone's Reaction After Liverpool's Win: 'Not So Cool' [Watch]