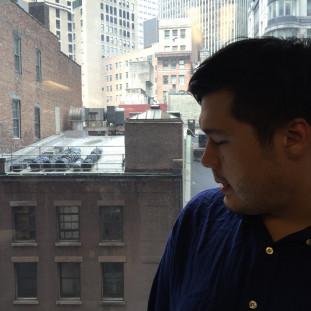 Thanks To Google, Your iPhone Is An Awesome Virtual Reality Headset

Last year, Google created a virtual reality headset out of cardboard seemingly as a lark. Now the company is taking it seriously as a way to bring virtual reality to those with Apple iPhones or other recent smartphones.

Where To Download Android M (For Longer Battery Life, A New Charger, And Supercharged Google Now)

Android phones running Google's latest OS should get improved battery life and other improvements, the company said at I/O.

The iPhone maker has a deal with courier Postmates to enable the service, starting in San Francisco.

Verizon Kills Early Upgrade Plan For iPhone 6 And Other Smartphones

Google I/O 2015: From Glass To Wave, The 7 Biggest Flops From Previous Years

Google's annual developer's event is this week. Here are some launches the company wants you to forget.

A flood of financing and IPOs are reviving a very fearsome word in Silicon Valley: "bubble."

The Facebook subsidiary announced on Tuesday that it has purchased Surreal Vision, a British company specializing in augmented reality.

Google Invents A Car That Slows Down Like A Skier

A new patent granted on Tuesday shows how a self-driving car can slow down without putting on the brakes.

A patent published Tuesday shows one way a self-driving car can slow down without putting on the brakes.

If you need a way to transfer a huge files from one computer to another, Infinit's service is free and fast.

Windows 10 Doesn’t Care What Type Of Phone You Use

Five Mobile Apps For A Great Day At The Ballpark

Give these apps a look before you head out to the big game this Memorial Day weekend.

Why The Deed To Your House Could Soon Be A Bitcoin

Most people think bitcoin is a fringe digital currency, but major institutions are experimenting with its underpinning technology to track real estate and other assets.

There's a battle going on for the chips that will power self-driving cars, and Nvidia -- a gaming graphics company -- is in the lead.

Apple's Budget iPhone 5C Might Be Getting A Fingerprint Scanner

Cupertino's online store is showing pictures of a product that doesn't exist.

A study from Yahoo researchers indicates the easiest way to get more people looking at your photos is to add a filter.

ARM Thinks Technology For Poor Countries Can Be Big Business. Here's Why

ARM makes the chips that power nearly every smartphone in the world, but CEO Simon Segars thinks ARM's technology can solve malnutrition or illiteracy. And there's big money to be made.

Will Google Let This Android Ad-Blocking App Into Its Walled Garden?

The most popular ad-blocking plug-in for Chrome and Firefox released a beta version of its new app, a standalone browser with ad blocking built-in.

A new Asus device is the highest-profile smartphone yet to feature an Intel processor. It's also the best -- but that's not saying much.

HotSchedules, a software that schedules many service jobs across the U.S., was down for most of Monday afternoon.

Chinese e-commerce giant Alibaba is under fire for selling counterfeit goods -- again -- but this time it plans to fight it with new bar codes.

Arrr! Pirates Won't Get A Free Upgrade To Windows 10

Microsoft's newest operating system will be a free upgrade for most, but people running a pirated version will have to pay to go legit.

Chinese carriers continue to aggressively expand their networks, with government officials promising that prices will get cheaper and speeds will get faster by year's end.

After a week Google spent defending its self-driving car program, its built-from-scratch, robotic, smart car is about to hit the streets.

NTSB investigators will pore over data from the Amtrak train's event recorder -- a process that could take weeks or even months.

It's become clear that if someone steals your Apple Watch, there are no software barriers to wiping it -- the first step on the path to a resale.

So just how antiquated is Amtrak? We took a look at trains worldwide to find out.

Executive vice president Randal Milch, Verizon's primary advocate during its battle with the FCC over net neutrality, will retire later this month.

AOL was a big supporter of net neutrality, but soon it will be owned by Verizon — a company that's certainly not in favor of recently enacted policies.

As their walkout entered its third week, South Korean truckers realised their bid to widen and make permanent a government scheme on minimum freight rates was failing as public support waned and President Yoon Suk-yeol refused to budge.