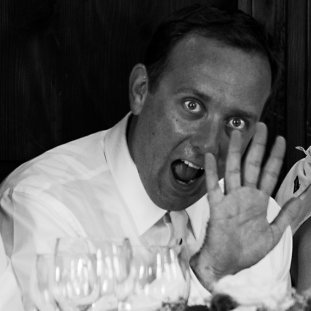 Mark Hanrahan is a Senior Editor for the International Business Times, based in London.

Prior to joinig IBT, he worked at the South China Morning Post in Hong Kong, The Huffington Post in New York City, and BBC Future Media in London, England.

He is a graduate of the City University, London, and Queen Mary College, University of London, with majors in journalism and contemporary history.

What Will Happen To Argentina After Brexit? Economy, Falklands Could Be Affected As Britain Leaves EU

Leaving the EU could weaken Britain’s diplomatic clout, giving Argentina an opportunity to claim sovereignty over the islands.

The heads of major European Union institutions pushed back against a British politician’s call for Britain to move slowly in leaving the EU.

British Prime Minister David Cameron’s announcement that he will step down by October has set potential successors positioning themselves to replace him.

As the U.K. votes in its EU referendum, we go behind the scenes at the company behind Britain’s iconic Brompton folding bike.

Leicester City ‘Moneyball’: Did The Ultimate Underdogs Use Data To Pull Off Sports’ Greatest Upset?

England’s Leicester City club overcame 5,000-1 odds to win the Premier League title. Was shrewd use of data — a la baseball’s Oakland A’s in 2002 — key to its success?

As Rio gears up for its controversial Olympic games, we examine the extent to which the most recent Olympic host, London, delivered on promises of a lasting economic legacy.

The Labour Party has been mired in a controversy over anti-Semitism days before local council elections, and the Tories are split over leaving the EU.

Another international institution warned Wednesday that uncertainty over a Brexit was hurting the country's economy, in the runup to June’s referendum.

Up to 11,000 jobs are under threat after the struggling retail chain British Homes Stores was unable to find a buyer.

The official 10-week campaign before the June referendum on the U.K.’s EU membership got underway Friday.

Problems in the U.K.’s steel industry are raising questions about whether an independent Britain would have to dance to China’s tune on trade.

Up to 70 traders and salespeople could be let go from the U.S. bank's London operation, according to a Bloomberg report. The bank expects that key revenue streams declined in the first quarter of 2016.

Ian Cameron, the late father of British Prime Minister David Cameron, ran a Bahamas-based fund that paid no tax in the U.K.

The data, released Thursday, exposed an underlying weakness in the U.K. economy, even as fourth-quarter GDP was revised upwards.

Businesses on the Emerald Isle are worried that Britain’s departure from the EU could disrupt the $1.1 billion in weekly trade between Ireland and the U.K.

With terrorism fears feeding opposition to immigration and refugees, the attacks will be used as evidence that Britain would be safer outside the EU.

Investors don’t appear worried about Ireland’s post-election chaos. But a possible British exit from the European Union is a concern.

With options for Ireland's lawmakers to form a stable new government dwindling, the country’s two main parties — historic enemies — are being forced to consider teaming up.

Mark Carney told U.K. lawmakers EU membership “reinforces the dynamism” of the country's economy, warning that some banks may leave London if the U.K. departs.

The controversial businessman’s rise to the front of the GOP pack has both angered and disturbed international media.

On the eve of Foreign Minister Wang Yi's visit to the U.S., his office compared China's activities to those of the U.S. military in Hawaii.

Xiao Gang, the head of China’s securities regulatory body, was removed from his post Saturday, in the wake of the Chinese markets’ terrible performance at the beginning of the year.

Brexit: No Deal At Late Night Session Of EU Summit As Talks Continue For Second Day

European leaders worked into the early hours of Friday to reach a deal allowing the U.K. to change aspects of its relationship with the EU.

The country’s productivity gap has widened to its worst level since records began, leaving it lagging significantly behind other G7 countries.

Annual inflation has been well below the Bank of England's target of 2 percent for years, and last year it was at zero.

Markets are likely to view the growth as unsatisfactory, considering the economy had the advantage of cheap energy, an export-boosting drop in currency and monetary stimulus.

Chief Executive Stuart Gulliver told staff in a memo Thursday that the freeze, introduced two weeks ago, was abandoned after negative employee feedback.

China has spent big on propping up its currency, amid an economic slowdown, and analysts expect a record drop in its foreign exchange reserves.

The WikiLeaks founder has been staying in the Ecuadorean Embassy in London to avoid extradition to Sweden on sex-crime charges.

Chinese ventures of foreign asset managers including JPMorgan, Warburg Pincus and UBS are gearing up to expand their retirement offerings, as the country officially unveiled a private pension system last week.