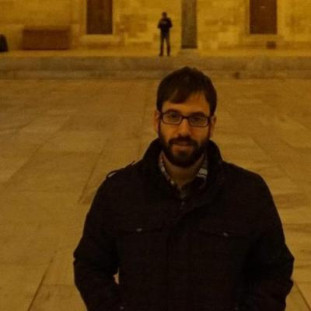 Michael Kaplan covers breaking news for the International Business Times, with a special focus on the Middle East. He previously worked as a freelance journalist covering religion, politics and human rights in Turkey, and has also spent time in Morocco, the Palestinian West Bank, Israel, Lebanon and Jordan. His work has been published in Al Jazeera English, IRIN News, Religion News Service, the Forward and more.

Everyday life has come to a standstill in Kilis as anger against the government, the Islamic State group and Syrian refugees has begun to boil over.

Aria Ladjedvardi, a German national of Iranian descent, is accused of having posed alongside the severed heads of victims in Syria.

The move follows a pledge by Prime Minister Cameron to double the number of U.K. troops involved in peacekeeping.

IBT has collected some of the best quotes and harshest roasts from the White House Correspondents’ Association dinners since President Barack Obama took office.

Iraq Protests Update: Everything You Need To Know About The Civil Unrest In Baghdad’s Green Zone

At Berkshire Hathaway's annual shareholders meeting Saturday, the billionaire investor weighed in on the election campaign, Coca-Cola, Valeant and other topics.

The solid red profile pictures are highlighting the latest violence, particularly in Aleppo, where two medical facilities were attacked this week.

The Chinese Foreign Ministry told the U.S. the ship would not be allowed to visit, as tensions in the South China Sea continue to escalate.

Reinhold Hanning, 94, told a courtroom in western Germany that he had never spoken about his time as a Nazi guard in Auschwitz — not even with his family.

“If this is how Trump supporters swing into action, what happens when the press looks into corrupt dealings, for example, or is critical of [the candidate's] policies?” Julia Ioffe worries.

Opponents of the GOP front-runner said they would demonstrate Thursday evening against "racism, sexism, religious, bigotry."

Thursday’s arrests in Corona, California, were not directly related to a December attack that left 14 people dead, a law enforcement official said.

A recent Pew poll appeared to show vastly differing views toward the role of the Quran in making law.

The move was seen as a way to counter domestic criticism as Europeans have grown increasingly uneasy about immigration into the continent.

Some believe selecting the former Hewlett-Packard CEO, once a popular presidential candidate, could help Cruz with women voters.

“We all have the same God; the main thing is for this to proceed in harmony,­” a Jewish leader in Marseille said recently.

Is North Korea Planning An Attack On The South Korean Presidential Palace?

The reclusive state is reportedly planning to blow up the half-size replica for target practice.

Trump and Clinton are both closer to their parties' nominations after five primary contests Tuesday, while Sanders faces a very uphill climb.

What Is Abu Sayyaf? Amid ISIS Beheading Threat, Indonesia Calls For Regional Cooperation Against Piracy, Kidnappings

The proposal comes following the beheading of a Canadian citizen, who was kidnapped last year from a tourist resort in the Philippines.

Tuesday’s votes in the so-called Acela primaries could help the leading candidates widen their delegate count against rival contenders.

The government has reportedly strengthened barbed wire fences, set up surveillance cameras and planted mines along parts of the border.

The Republican won all of Tuesday's GOP primaries, while the Democrat captured four races to Bernie Sanders' one. Check here for updates.

Democratic U.S. presidential candidates Hillary Clinton and Bernie Sanders will take the stage a day before voters in five Eastern states head to the polls.

President Obama fears getting the U.S. more entrenched in the war in Syria, but the rise of ISIS has forced him to take an active role.

The facility is expected to include an air control center for military aircraft, accommodations for soldiers and a combat headquarters in its fight against ISIS.

What Is Passover 2016? Everything To Know About Jewish Holiday Celebrating Freedom From Slavery

Passover, the Jewish holiday that celebrates the biblical story of liberation from bondage in Egypt, is just about here.

Earth Day is a time to reflect on the beauty of Mother Nature and learn ways (and teach others) to keep her healthy.

The union for Sunwing Airlines pilots said it is urging Canada's government to stop a plan by the Ontario-based leisure carrier to hire foreign pilots this winter to help cope with an expected holiday travel surge.

Cubans Voting On A Landmark Liberalization Of Family Code

Cubans voting on a landmark liberalization of family code