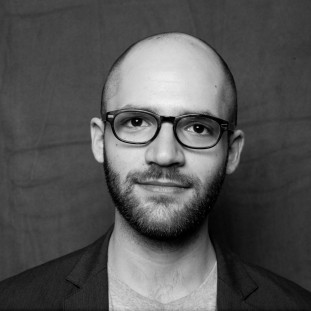 Ned Resnikoff is the Political Capital Reporter for International Business Times, where he covers the intersection of money and politics. He was previously a reporter for Al Jazeera America and msnbc.

Money In Politics: Donald Trump Thumbed His Nose At Republican Donors Twice In One Week

Even as Trump ramps up his fundraising, he keeps saying things that seem calculated to alienate Republican contributors.

Does Money Buy Elections? State Races Flooded By Outside Cash

The use of mysteriously sourced money in several states has increased far more quickly than in national elections.

Here is the weekly Political Capital newsletter on the top stories about the intersection of money and politics — plus a musical outro.

Who Donates the Most Money to Politicians? Biggest Contributors Tend to be Whiter and More Conservative, Study Finds

Donors to the District of Columbia's 2014 local elections tended to be whiter and more right-wing than the city itself.

Donald Trump’s Money: Is He Really Rich? And Seven Other Questions Raised By His Campaign Finances

Is he really that rich? And seven other questions raised by the Republican’s latest FEC filing.

Campaign staff members have been promising donors a different Donald Trump, but with his renewed call for a Muslim ban, he hasn’t emerged yet.

Bernie Sanders’ $200 million campaign was a boon for the left-wing consultants who have been honing their digital fundraising and organizing tools for a decade.

Money And Politics: How The Koch Brothers And Other Billionaires Are Influencing 2016 Senate, House Races

The Republican presidential candidate could fall as much as $500 million short of his fundraising goal.

Bernie Sanders bypassed Democratic Party gatekeepers to raise $200 million. But it won’t be easy for future candidates to replicate his success.

Democratic Race 2016: How Did Bernie Sanders Spend All That Money?

Bernie Sanders has outspent Democratic front-runner Hillary Clinton by about $25 million. Where did the money go?

The beneficiaries are fighting an investigation into whether the oil giant lied to the public about climate change.

Bad news for potential candidate David French: For conservative donors, it may be Trump or nothing.

The presumptive Republican presidential nominee seemed to contradict himself in trying to explain his charitable donations — or lack of them.

An amendment — part of a concerted effort to roll back Obama’s economic initiatives — would exempt defense contractors from a crackdown on labor law violations.

Minimum Wage And Fast-Food Workers: Now, ‘Fight For $15’ Organizers Want To Join A Union, Too

Organizers with the SEIU-backed campaign to raise the minimum wage and allow fast-food workers to unionize are demanding recognition from the SEIU for themselves.

Studies show that people are more likely to support Donald Trump after being reminded of the inevitability of their mortality. Seriously.

An Obama administration effort to boost workers' compensation is dismissed as "pure politics" by the National Retail Federation.

Election 2016: As Hillary Clinton Looks To November And Donald Trump, Rift Widens Among Her Labor Allies

The AFL-CIO is seeing internal threats to its anti-Trump strategy that could undermine the Democratic Party’s get-out-the-vote effort.

Why Will Superdelegates Decide The 2016 Democratic Primary? Unearthed Documents Hold The Key

Many of those backing Democratic presidential hopeful Bernie Sanders are chafing under rules that give party bosses control over the nomination process.

Donald Trump made it through primary season largely without support from his fellow 1-percenters, but he needs their money now.

With His West Virginia Win, Has Bernie Sanders Run Out Of Good News?

Tuesday’s win in West Virginia’s primary may be one of the Vermont senator's final victories. He still trails Hillary Clinton in the delegate race.

‘Captain America: Civil War’ Appears On Its Way To Earning $1B At The Box Office

Nearly 15,000 people protested tax hikes and pension cuts, which Greece will implement in exchange for another bailout.

The House speaker, who has been reluctant to endorse Donald Trump, faces a Republican primary challenge from Wisconsin businessman Paul Nehlen.

Where Does The Anti-Trump Money Go Now? Donald Trump’s Opponents Have Millions Of Dollars Left

The GOP campaigns and super PACs that raised big money to oppose Trump have been left with millions in unspent funds.