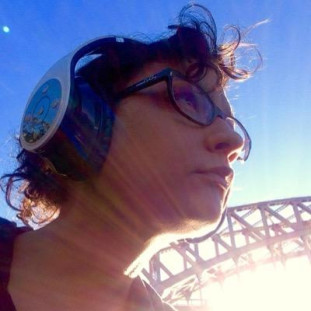 Oriana Schwindt covers the business of television for the Media, Tech, and Culture team. She has been plotting her House of Cards-style ascension to Ruler of All Television since she was 13, and she has yet to meet a low-rated TV show she didn't like.

Even in an on-demand world, networks will debut new seasons of more than 50 series in one week. Here’s why.

The independent studio will provide a big boost to the network that airs “Outlander” and “Power.”

Why Brexit Is A Big Win For Netflix (NFLX), And A Loss For TV-Makers In Battle For International Rights

Production for shows like "Game of Thrones" is only half the battle. International rights are big business.

Cable TV Set-Top Boxes Are Becoming Obsolete, So Why Is The FCC Trying To Regulate Them?

FCC Chairman Tom Wheeler has been on a crusade against set-top boxes, which trends suggest may not even exist in the near future.

What Brexit Could Mean For ‘Game Of Thrones,’ ‘Outlander,’ And Other Shows Filming In The UK

Could “Game of Thrones” and its $100 million budget make their own exit? And what about the Scots of “Outlander”?

“Vinyl” has flopped and “Game of Thrones” will end someday, but that doesn’t mean the premium channel’s days are numbered.

Confessions Of A Millennial Nielsen Viewer: Here’s What It Feels Like To Decide What Stays On TV

The TV industry hinges on the viewing habits of just 40,000 households measured by Nielsen. Anna Waigand lived in one.

Netflix (NFLX) Is Still Winning The Streaming Wars Against Hulu And Amazon, By A Country Mile

Usage of the service is nearly eight times that of nearest competitor Amazon Video, according to traffic analysis from Sandvine.

How Much Is Philippe Dauman’s Viacom Exit Package Worth? Try Two ‘Zoolander 2s’

Media mogul Sumner Redstone has already removed Philippe Dauman from the company's board. Taking the next step could get expensive.

Philippe Dauman, who had been chairman since February, was among five directors removed by media mogul Sumner Redstone.

Why Dish Network Is An Unsung Hero: TV Blackouts Are Bad, But Price Hikes Are Worse

No other company besides Dish Network shows the same willingness to fight higher fees, at the cost of huge programming blackouts.

Men who haven't had sex with other men for 12 months can donate blood, but gay rights activists say that isn't enough.

The streaming service looks to remind Emmy voters about the comedy series with For Your Consideration ads.

Free Shipping Is Customers’ Number One Desire, To The Surprise Of No One

However, free shipping is rarely free, and retailers have to weigh the costs and benefits of offering it to their customers.

TV Networks Aren’t Getting Paid For Half The People Watching Their Shows, Says Data From SymphonyAM

Depending on the series, viewing for series done outside the seven-day window advertisers pay for can range from 16 to 51 percent.

The massacre in Orlando that left 50 dead is one of just three mass shootings associated with radical Islam in the last two years.

Rooster McConaughey And Butch Gilliam Want To Make America Great Again, One Investment At A Time

In their CNBC series “West Texas Investors Club,” Butch Gilliam and Rooster McConaughey look to put the conscience back into investing.

Netflix And Hulu Aren’t Killing Cable TV Yet, But Industry Faces Challenges Through 2020

Subscription-only online video services in the U.S. — Netflix and the like — will be raking in $10.4 billion a year by 2020, but traditional TV is still king, says a report.

‘Mr. Robot’ Sells Out: Why Is A Show About Wealth Redistribution Hawking $118 Sneakers In Chelsea?

How do you market a show about a character who loathes marketing? Ask fans to spend $118 on light-up sneakers.

Two shows in production, three in development, a film directing gig, and a new novel. Why does everybody love him?

Jeff Lucas, who'd been with Viacom for more than a decade, is jumping ship in the middle of the busy TV dealmaking season.

I Cut The Cord And It Sucked: A Millennial’s Month Without Cable

Life without cable is neither as cheap nor as easy as it’s cracked up to be, if you’re a TV fanatic. Here’s why.

Philippe Dauman is fighting his sudden removal by chairman emeritus Sumner Redstone from the trust that would control most of Viacom’s shares, but it might not be enough.

Networks are trying to bring back viewers by running fewer commercials. But will advertisers go for the idea?

Cord-Cutting Counterpunch: ESPN Looks To Count All Those People Who Watch TV At Sports Bars

The Worldwide Leader in Sports is once again trying to sell advertisers on out-of-home viewing backed by Nielsen.

What Are The Upfronts? The Biggest Week In TV Aims To Lock Up Billions In Advertising Dollars

Much of the $70 billion TV advertising marketplace depends on what happens during a single week in New York in May.

Big digital shops broke the traditional TV upfront mold for once, but they still cling to the language of TV ratings.

Amazon Video Direct, which launched this week, could become a formidable opponent for YouTube — but monopolies are not undone overnight.

Now anyone can upload videos to Amazon, courtesy of Amazon Direct Video, and even make money off them.