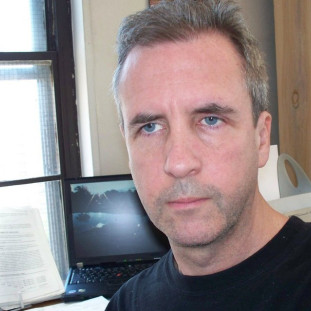 Paul McDougall is Deputy Technology Editor for the International Business Times. He has previously written for Scientific American, InformationWeek, SHAPE magazine and numerous other publications. Paul is a native of Toronto, Canada and currently resides in Manhattan. He holds a B.A. in Political Science and Economics from the University of British Columbia-Vancouver, and an M.A. in Journalism from New York University.

The Republican presidential candidate seems unfamiliar with the program’s rules despite sponsoring a bill to triple the number of workers who can apply.

What Is The H-1B Visa, And Why Does Donald Trump Want To Kill It?

A program that helps U.S. tech companies bring in workers from overseas has become a key issue in the presidential campaign.

The U.S. says San Bernardino shooter Syed Farook used the iPhone 5C at the center of a heated privacy debate to communicate with victims.

Tech Giants, Including Apple And Google, Headed To White House For Anti-Terror Talks

Friday’s meeting is expected to include officials from top Silicon Valley companies as well as the Justice Department and FBI.

The measure is less intrusive than an earlier version that would have required tech companies to create backdoors that allow authorities to access their data anytime.

Beijing's demand that U.S. tech companies provide access to data on their systems -- and at times share source code -- has some questioning their future in China.

Jeb Bush and others want Congress to renew a provision that broadens the surveillance powers of the National Security Agency. But opponents say not so fast.

Apple Inc. Wants To Be Your Bank, And The Big Banks Should Be Worried

The technology company reportedly plans to launch a Venmo-style person-to-person payments service -- which could take business away from major financial firms.

Big Blue, which reported lower-than-expected quarterly sales Monday, could face "a prolonged period of underperformance" as it moves to the cloud.

Windows 10 Devices Impress, But It Won't Matter Because Microsoft's Mobile Ecosystem Is Crumbling

Microsoft’s Lumia smartphones and Surface computers are slick, but iOS and Android users have little reason to switch.

Microsoft has little choice but to push as hard as possible into phones and tablets, given the PC market’s dwindling fortunes.

With both Apple and Google now eyeing its core business market, Redmond desperately needs to break through in mobile.

Carly Fiorina Fact Check: She Did Double Sales At HP But The Price Was Profits, 30,000 Layoffs, Shareholder Value And Her Own Job

The Republican's claim to have doubled sales while Hewlett-Packard’s CEO is technically true, but the growth was driven by the ill-fated Compaq merger.

Big Blue is looking to reduce reliance on hardware sales and transition offerings to the cloud.

Microsoft Surface Hub Is Biggest Windows 10 Device On The Planet

The device, available up to 84 inches, is essentially a supersized Surface tablet and aims to end technological confusion in the conference room.

Michael Chertoff, who served under George W. Bush, fears the data could be used to blackmail government workers with access to state secrets.

The reviews site, which has seen big growth in the past year, is said to be working with investment banks to explore a sale.

Microsoft’s 3D virtual-reality display technology creates environments so real you’ll forget where you are and may not want to go back.

Microsoft is planning a staggered rollout for its new operating system, with versions for smartphones and other devices coming later in 2015.

Microsoft And Salesforce Forging Deeper Ties, Acquisition May Be Next Step

The two companies are already partnering in a number key areas in the cloud.

Microsoft’s co-founder said the new OS reminds him of the very first version of Windows -– Windows 1.0.

CEO Satya Nadella says the cloud is now the company’s most important battlefield.

Microsoft hopes its support of other operating systems will increase the number of apps that run on its Windows tablets and phones.

Moves like the unveiling of Windows 10 at this week's Build conference show CEO Satya Nadella is serious about fixing Microsoft's past mistakes.

But sales of the software maker’s core product, Windows, continue to decline as consumers opt for phones and tablets powered by Android or Apple’s iOS.

Big Blue's revenues were flat year over year, while net income was up 4 percent.

Wall Street's main indexes were set to open lower on Monday as investors awaited more data, including a report on the services sector, to gauge the Federal Reserve's next move at its rate-setting meeting later this month.

Vodafone CEO To Leave After Frustrating Four Years For Shareholders

Here's a glimpse at all of the new stuff players can expect before diving into "Fornite's" fourth chapter.

'Warzone 2' Operators: How To Unlock Konig The Easy Way

Doctors overlooked the woman's trauma and emotional struggles when they approved the procedure, she claimed.

Dolly Parton Is Now On TikTok: 'I Have Arrived'