Apple IPhone 5 Battery Rumors: Will The New iPhone Be Unable To Hold A Charge?

With the Apple iPhone 5 release date reportedly looming on the horizon, information about the coming phone has been leaking everywhere. Now, new photos are allegedly showing the iPhone 5's battery, but could its comparatively small size cause big problems for Apple?

Those looking to purchase Apple's MacBook Pro with Retina display will certainly learn to conserve their notebook personal computer's battery power, for one big reason: It will be pretty expensive to replace the glued-down battery in the new notebook PC, reported ComputerWorld.

Memorial Day Weekend was not the love-fest Justin Bieber and Selena Gomez might have had planned. E! News reported that the teenybopper couple would reunite, after their busy schedules had kept them apart for some time, over the holiday weekend. But an incident at a Calabasas mall proved to be a dark cloud over the reunion.

Apple MacBook Pro 2012 Rumor Update: The Ultra Thin Laptop To Get Better With SSD And A Mammoth Battery

As if the rumors about the release and features of Samsung Galaxy S3 and iPhone 5 are not enough, the tech world has turned to another device - Apple's MacBook Pro 2012, which is reported to be released by June.

Apple's new iPad has been having multiple problems since launch. The latest to surface is problems with battery overcharging which can cause some serious problems if not addressed soon. There seems to be a bug in the new iPad software, which is why it is not alerting the user when the battery is fully charged. It means even after the battery charge indicator shows 100% charged, the battery keeps on charging. The repercussions for users could be dire as a battery could explode, and we're su...

The new iPad's bigger battery has raised all sorts of concerns among iPad owners. From overheating to a fluctuating gauge; Apple's battery has once again made headlines.

New iPad 3 Battery Problem: Guess What Apple Has to Say?

Apple has finally bowed to pressure from the media and has made a statement about the battery problems plaguing the new iPad device. What Apple had to say caught us off guard. We are unable to come to terms with what Apple said - whether what the company is saying is pure cover up or the truth.

New iPad 3 Battery Charging Issue: Apple Answers Why Tablet Lies About How Much Charge it Has

At a time when the new iPad is facing criticism over the battery charging issue, Apple has tried to explain why the device lies about how much charge it has. According to the iPad-maker, it's all meant for user's convenience only.

The New iPad 3 100% Indicator Battery Issue Heats Up; Consumers Might Turn Back To iPad 2; Is Apple Planning A Solution?

Apple's latest offering, the new iPad 3, has become the hottest-seller ever as compared to the other devices introduced by Apple so far. New iPad 3 is the first device to feature a high-resolution display to match the screen density of the iPhone 4 and it has enjoyed a bumper sale with over three million units sold, since its launch on March 16.

BMW has recalled 1.3 million cars worldwide due to a battery cable cover problem, which could potentially cause a fire, according to the premium car manufacturer.

Just one week since has passed since Apple's new iPad went on sale, and there's already trouble in paradise. Many owners of the brand new tablet have complained about excessive warmth - the new iPad can get up to 13 degrees warmer than the iPad 2 during normal operation. But there's a bigger gripe - users are complaining about how the battery of the new tablet charges.

One of the biggest complaints from new iPad owners is that the tablet takes too long to charge, but a new study has found that it might be worth the wait.

To power all of the new features in the new iPad on 10 hours of battery life, Apple upgraded the iPad 2's rechargeable battery and made it substantially bigger -- about 70 percent. Since the battery also drips when it's plugged in, we have four power cases for you that will recharge your new iPad on the go.

It's been just over a week since the third generation iPad made its debut and while most buyers are content with their new tablet, many have flocked to Apple forums to discuss its problems. Here's a roundup of the three most cited issues and proposed solutions:

To power all of these new features of the new iPad and maintain a 10-hour battery life, Apple had to upgrade the iPad 2's rechargeable lithium-ion battery and make it substantially bigger. But at what cost?

iPhone 5: 4G LTE Almost Certain, What Other Features will New iPhone Have?

Apple’s next devil – the iPhone 5 – is expected for October/September release. The new iPad, which debuted on March 7, throws light on what Apple will possibly equip in its iPhone 5. The 4G LTE connectivity in the upcoming iPhone is almost certain.

Through The Eyes Of A New Neighborhood: Battery Park City

I've lived in four different neighborhoods in New York City, all of them very different and interesting in their own way. The one that surprised me the most was the last place I lived - Battery Park City.

Half of iPhone users have noticed a boost in their battery life after upgrading to the iOS 5.1 software, a poll conducted by the Cult of Mac stated Wednesday. 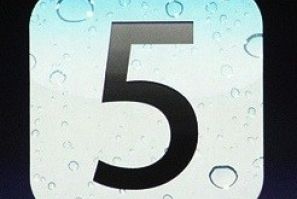 Apple claimed that iOS 5.1 contains a number of improvements and bug fixes that include the one affecting battery life on devices running iOS 5. Users, who have already updated to iOS 5.1, claim that they have been experiencing significant improvement in battery life after installing the firmware update. 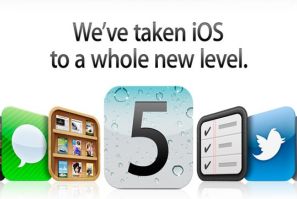 When Apple released its iPhone 4S with iOS 5 software in October, one of the biggest shortcomings was battery drain.

The superior display and much improved processing power are among the major features that will certainly help the New iPad stay ahead of its arch rivals in the tablet market for quite some time. However, that doesn't mean that Apple won't be threatened for the crown. When it comes to raw processing power, Asus TF700T Transformer Prime, does stand out in the crowd. 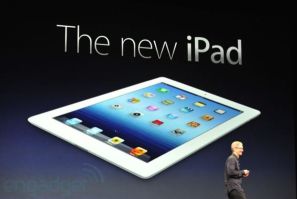 Apple fans were sure to be glued to their computer screens today, as a San Francisco event revealed information about the next generation iPad. Simply referred to as “the new iPad” at the event, the gadget will feature HD display and is available for purchase on March 16. But with a host of new features there is an important question to consider: Does better display mean better battery? 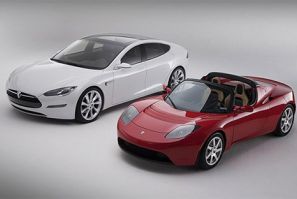 Tesla Says its Model S Battery Will Not 'Brick'

The soon-to-be available electric Tesla Model S sedan will not experience permanent battery failure that has been reported in earlier Tesla models, like the Roadster, whose batteries completed discharged and could not be recharged, the manufacturer said.

Has the Battery Run out on India's $35 Tablet Computer?

A $35 computer launched last year in India as the world's cheapest tablet has run into problems and companies will be invited to bid again to make the device after complaints of poor performance and hiccups rolling out a pilot model.
Latest news
Has the battery run out on India's $35 tablet computer?
E Cigarette Explodes, Takes Out Florida Man’s Teeth, Chunk of Tongue
Did Cadillac's Battery Starter Kill the Electric Car 100 Years Ago?
iOS 5 Battery Life: 8 Ways to Increase it (Tutorial)
Battery maker Ener1 in Chapter 11 despite U.S. grant
EDITOR'S PICK