The Postmodern Battery - Can It Unlock Solar, Wind Power Potential?

The invention paves the way for making the next generation of lithium-ion batteries for use in electric cars, cell phones and other devices.

Analysts expect earnings growth, due to Boeing's strong deliveries, return of the 787 to full service, and cost reductions.

A fire flared up on an Ethiopian Airline Dreamliner 787, made by Boeing, at London’s Heathrow airport on July 12.

Fire On 787 Dreamliner In London; Boeing Stock Drops, Then Rises

There were no injuries. One aviation analyst said the fire was unlikely to have been caused by a faulty battery.

Now there's a tiny battery, made of superthin wood, tin and sodium, that can withstand hundreds of charges.

Justin Bieber To Be Prosecuted For Spitting On Neighbor? Sheriff’s Dept Says Singer Shows ‘Disregard For The Law’

Justin Bieber will likely be prosecuted for spitting on a neighbor.

Justin Bieber Flies Back To California and Into Battery Charges

Justin Bieber was accused of battery after a verbal argument with his Calabasas neighbor over a Ferrari.

Scientists have unveiled a lithium-ion battery that can stretch up to 300 percent of its original size and still function.

Nokia unveiled its Nokia 105 phone at the Mobile World Congress Monday, costing just $20, the device stays charged for up to 35 days.

An Inspector General report found that LG Chem Michigan Inc. got $150 million in a green energy grant and has very little to show for it.

The iFixit team delved deep into Microsoft's Surface Pro tablet only to find that the machine is barely repairable.

Last month, we heard that Microsoft's Surface Pro would come with significantly less storage space than advertised. However, those estimates fell slightly below the actual capacity users will find on the tablet upon launch.

Microsoft's Corporate VP Panos Panay and his Surface team took to Reddit on Wednesday to answer questions from users and fans about Windows 8 and the Surface Pro.

Even before two battery failures led to the grounding of all Boeing 787 Dreamliner jets, the planes’ lithium-ion batteries had experienced multiple problems that raised questions about their reliability, The New York Times reports.

Microsoft said in a statement on Monday that the 128GB Surface Pro tablet will only come with 83GB of usable storage.

Salling's former girlfriend Roxanne Gorzela filed suit Jan. 18 claiming he forced her to have sex without a condom.

Recent rumors indicate that Samsung could ship out the first units of its Galaxy S4 on April 15. 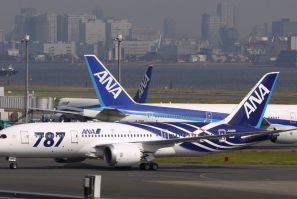 Inside An All Nippon Airways Boeing 787 Dreamliner

All Nippon Airways, the biggest Boeing 787 operator, grounded all 787s after an emergency landing. Here's a cockpit-to-tail look at the jet. 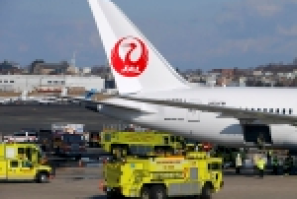 Boeing's 787 Dreamliner Has Another Fire-Related Incident

The revolutionary jetliner has been in service for more than a year with a sterling record but now faces a problem: the risk of onboard fires. 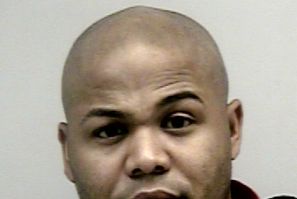 The former Atlanta Braves star center fielder was arrested Christmas day after allegedly attacking his wife and threatening to kill her.

Mugen Power has unveiled a new battery extension for Samsung's Galaxy Note 2 that doubles its original. 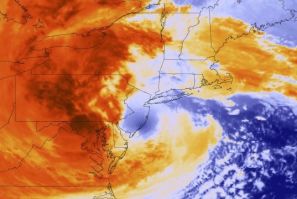 Living on Long Island for the past two weeks has been a nightmare. Put simply: There's no power. There's got to be a better way. 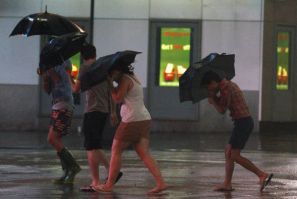 Halloween and hurricanes are a frightening combination, and it appears the Frankenstorm might just wash away everyone’s trick-or-treating in the U.S. Northeast.
Latest news
iPhone 5's Battery Life May Be Impacted By Cellular Signal Strength
Mountain Lion OS X New Version Likely To Solve Laptop Battery Life Issues
Samsung Galaxy S3 Releases With Battery Issues: How To Fix The Drain Problems And Find Out If Your Device Is Affected
Chad Johnson (Ochocinco) Arrested And Charged After Allegedly Head-Butting New Wife Evelyn Lozado
Apple IPhone 5 Battery Rumors: Will The New iPhone Be Unable To Hold A Charge?
EDITOR'S PICK