The pledges were made at the inaugural session of the International Conference on Nepal's Reconstruction in Kathmandu on Thursday.

The landslide, triggered by heavy rainfall, hit six villages in northeast Nepal's Taplejung district late on Wednesday, according to reports.

Hot ash from the volcano made its way down the mountain and covered up to 1.5 miles, while villagers were urged to stay away from the main danger zone.

A human rights organization says aid has been unevenly distributed to members of lower castes in the country.

Series Of Earthquakes Hit Off Oregon Coast, No Tsunami Threat

Seven earthquakes were recorded by scientists that hit an area about 300 miles west of Coos Bay, Oregon, on Sunday and Monday.

While researchers have called for an intensive study of undersea faults off the U.S. West Coast, the potential tsunami threat is not as severe as the one shown in the movie "San Andreas."

Experts To Determine If Nepal Trekking Areas Are Safe

The Himalayan nation’s tourism industry has suffered a major blow after two major earthquakes and several aftershocks devastated the region and killed thousands.

The magnitude-7.8 quake shook Nepal to its core one month ago, killing more than 8,600 people and destroying wide swathes of the Himalayan nation.

Nepali authorities urged thousands of villagers on Sunday to move to safety after a landslide likely triggered by recent earthquakes blocked a river, raising fears of a devastating flash flood.

The landslide struck a region about 60 miles southwest of the city of Medellin.

The quake centered about 50 miles outside Kathmandu shook buildings in northern India Saturday, but no deaths have been reported.

Prime Minister Sushil Koirala on Thursday visited the town of Charikot and said the country was "not prepared for a second one so big."

At least 65 people are dead In Nepal after Tuesday's earthquake while 17 were reported dead in neighboring India.

A tsunami warning was not issued for Japan after a 6.8-magnitude earthquake hit Honshu island early Wednesday morning. 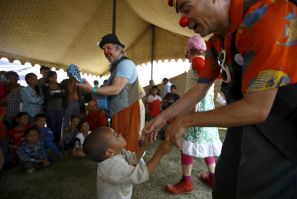 In Kathmandu, nine out of 10 surviving school buildings are being used as emergency shelters. 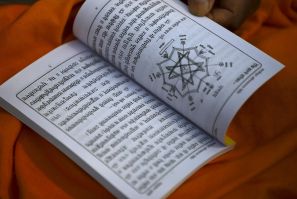 The magnitude-7.8 earthquake, which hit Nepal on April 25, has claimed the lives of over 8,400 people. 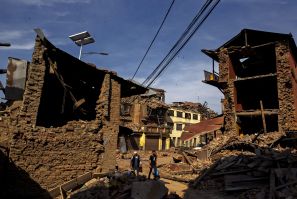 More than 14,500 were injured by the magnitude-7.8 earthquake that struck Nepal on April 25. Eight million people have been affected by the disaster.

No injuries or damages were immediately reported after the 5.6-magnitude earthquake.

"When I would be concerned is a week goes by and there's no quake in California." 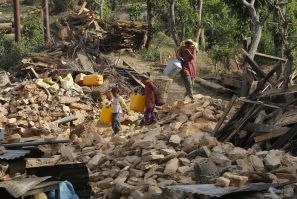 "To many, the dichotomy between what happened on Everest in the days after the quake and what hasn’t been happening everywhere else is striking." 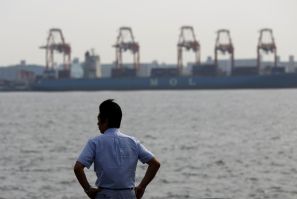 The quake is not expected to lead to any fatalities or cause serious damage to residents along Japan's coast.
Latest news
Landslides Block Trucks Delivering Aid In Nepal
Hope Of Finding More Survivors Fades In Nepal
'There May Not Be Any More Survivors'
Over 5,000 Dead After Nepal Earthquake
Shock Turns To Anger In The Wait For Assistance
EDITOR'S PICK