From Syria To The White House: The Gripping Narrative Of Dr. Tarek Kteleh's Path To Human Rights Advocacy

Dr. Tarek Kteleh has won against all odds to become a thought leader and an advocate for human rights and democracy.

Former President Donald Trump downplayed concerns about Saudi Arabia's human rights record, including the murder of Jamal Khashoggi, as his golf course is set to host a LIV Golf tournament.

Six high-ranking Democrats have come out against any rapprochement with Saudi Arabia ahead of a possible visit by President Joe Biden absent any changes in Riyadh's policies.

Biden Pressed To Name Russia A State Sponsor Of Terrorism

Senators are urging the Biden administration to designate Russia a state sponsor of terrorism for its war against Ukraine and other bombings and poisonings done on Moscow's behalf.

An Ohio Republican lawmaker responsible for a strict anti-abortion bill has come under fire for justifying her exclusion of exceptions for rape victims in its language. She justified it by calling a rape-induced pregnancy an "opportunity" for victims.

CIA 'Queen Of Torture' Is Now A Life Coach

A female CIA officer who was dubbed the "Queen of Torture" by The New Yorker is now operating as a beauty influencer online.

Taiwan Is A 'Tinderbox' That Will Lead US, China To War

China’s ambassador to the United States issued an unusually blunt warning that any attempt by Taiwan to achieve independence will lead to war between the two superpowers.

The actor attended a human rights event in New York City on Thursday.

The anti-rape law came into effect immediately in hopes of speeding up convictions and imposing tougher sentences.

Taliban spokesman said they have arrested two of the three wedding shooters, who had claimed to be members of the Taliban.

This is the third deadly attack this week in Afghanistan apparently targeting religious institutions.

New poll reveals that Afghans receive broad bipartisan support as they resettle in the U.S.

Father of the 16-day-old baby girl was passed through a razor wire is finally able to tell the story of how they left Afghanistan.

US Ready To Take On Afghan Refugees

Bipartisan group of governors commit to helping Afghan refugees, here's what they are saying. 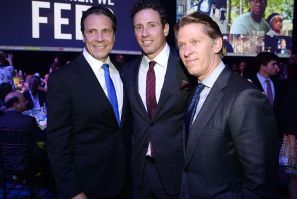 Chris Cuomo finally about the resignation of his brother, Gov. Andrew Cuomo, after avoiding CNN’s coverage on his sexual harassment scandal. 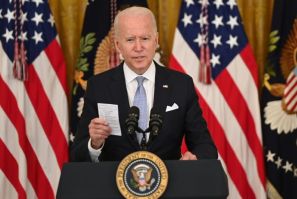 Biden Calls On Cuomo To Resign 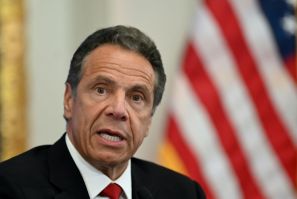 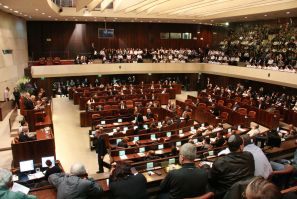 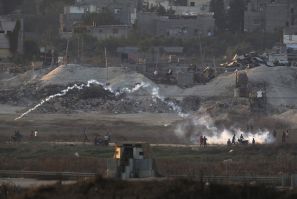 The 11-day war between Israelis and Palestinians in the Gaza strip led to deadly unlawful attacks. 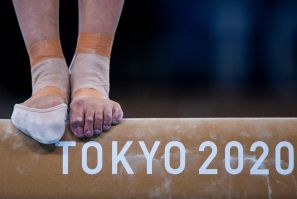 At Least 100 US Olympians Are Not Vaccinated