?Why is it that so many of these eligible men and women we know who say that marriage is in their future aren?t even dating??

Sarah Phillips ESPN Pictures: Is This Really Her or Someone Else?

Pictures of what may or may not be Sarah Phillips.

Being the quarterback of America's Team gets you the spotlight, but during the White House Correspondents Dinner it was Candice Crawford, not her husband, Dallas Cowboys quarterback Tony Romo, received most of the couple's attention.

Sarkozy To Sue Website Over Claims That Gadhafi Funded His Campaign

Less than a week ahead of the presidential election, French President Nicolas Sarkozy has threatened to sue a website over articles which claimed that the slain Libyan dictator Moammar Gadhafi donated around $65 million to his 2007 presidential campaign.

Media mogul Arianna Huffington called an Obama 2012 campaign ad with former President Bill Clinton despicable for questioning whether or not GOP rival Mitt Romney would have made the same call President Obama did to capture and kill Osama bin Laden.

Jimmy Kimmel had the ballroom at Washington Hilton roaring with laughter at the White House Correspondents dinner, but the comedian had tough competition from another major speaker.

The WeeGee: Murder is My Business exhibition includes a mix of raw imagery, crimes and news reports of the time; resulting in a truly graphic collection of photographs which pride themselves on being unshakable from the mind. Many of WeeGee's images, such as the Naked City, which is displayed at the center's museum in all its frightening glory- once inspired the early tabloid newspapers and are partly responsible for making tabloid journalism what it is today!

Internet Rumors, Gossip And Misinformation: People Only Want To Read What They Already Believe

Did you hear the news? A mass grave with two dozen bodies was found in Texas. Iran is banning the Internet. South Carolina's Gov. Nikki Haley is under indictment for tax fraud. Jon Bon Jovi is dead. All of these statements are false but were at one time considered to be verified, legitimate facts, believed and shared by many.

A memo from former CIA Director Leon Panetta, which confirms President Barack Obama's decision to proceed with the mission to hunt down Osama bin Laden, has been released. It notes that the timing, operational decision making and control [of the mission were] in Admiral McRaven's hands.

US Military To Scour Training For Anti-Muslim Materials

The U.S. military will conduct a comprehensive review of its training materials in an effort to eliminate any anti-Islamic content, Wired's Danger Room reported.

Steve Doocy, a Fox News commentator and co-anchor of the hit morning show FOX & Friends, is in hot water for misquoting President Barack Obama during a televised interview with Mitt Romney.

James Murdoch, the son of media magnate Rupert Murdoch, testified on Tuesday in a London courtroom that he had no idea of the illegal practices at the News of the World newspaper - but would have ended them if he had.

The Toronto Star's amateur athletics and Olympics reporter Randy Starkman died at the age of 51 on Monday at St. Michael's Hospital in Toronto.

One hundred years have passed and there have been larger maritime disasters, but for reasons unique to the ship, the tragedy of the RMS Titanic continues to be a part of the popular culture’s consciousness.

Yet another grim development in China's ongoing battle with poor industrial and manufacturing practices -- what do you do if the pills you take make you even sicker than before?

The Huffington Post Wins Its First Pulitzer: David Wood's 'Beyond The Battlefield'

Seven years ago, The Huffington Post was largely considered to be an aggregation blog. This year, the empire and brainchild of Arianna Huffington won its first Pulitzer for David Wood's ten-part series about wounded veterans, Beyond the Battlefield. 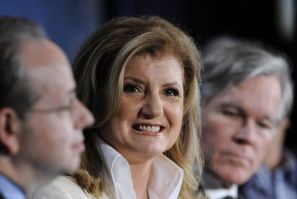 Columbia University on Monday announced the 2012 Pulitzer Prize winners and there was no winner in the fiction category this year.

The 2012 Pulitzer Prize winners were announced on Monday. 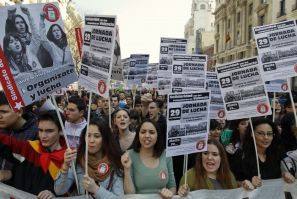 Jorge Fernandez Diaz laid out the draconian plans in Congress on Thursday, which would criminalize those caught organizing street protests on-line that seriously disturb the public peace. 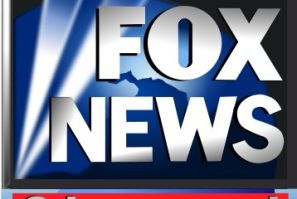 Swiftly and without much hullabaloo, Fox News exterminated The Fox Mole, a Fox News employee who had been feeding anonymous information to Gawker from inside the organization, in less than 24 hours. On Monday, at around 3 p.m. he published his first article. By Tuesday just before 9 p.m., The Fox Mole was fired and he revealed his true identity on Gawker as former Fox News employee Joe Muto. 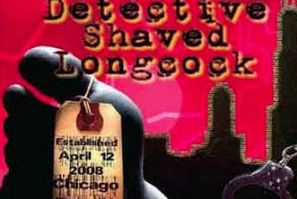 Nobody knows who Detective Shavedlongcock truly is, but despite a shocking name that might scare some away, the anonymous blogger manages to attract plenty of visitors on a daily basis. On Thursday, the blogger celebrated four years of straight, in-depth, and to the point news, and granted a rare interview with the IBTimes' own Dave Smith. 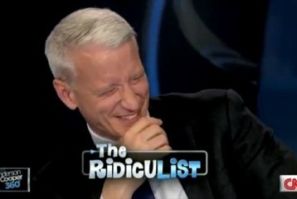 Anderson Cooper might be one of the most renowned journalists in broadcast journalism but he is not immune to a case of the giggles. The CNN host fell into a fit of giggles while reciting The RidicuList on his show Anderson Cooper 360° which included the festival of Dyngus Day. And it was all caught on video.