?The Newsroom? HBO: Baby Boomers Actually the Worst Generation Ever?

A controversial clip from HBO's show The Newsroom became widely circulated on the Internet, drawing heated debate about its main character's assessment of America.

Just what they would want to replace it with, though, is not clear.

As a local villager in western china drilled a well, he came across an oddly shaped fungus -like object, he thought to be a rare mushroom. After summoning TV crews to document the unearthing of the object, it was finally identified as nothing more than a sex toy.

Who Was Erica Kennedy? Family Issues Statement on Death

The death of Erica Kennedy has shocked the PR and fashion and journalism world, but while the beautiful writer has been making headlines since her mysterious death, she was not quite a household name.

Australia's Fairfax Media, which publishes the Sydney Morning Herald, announced that it will cut 1,900 jobs over the next three years in an effort to keep the company afloat amid falling revenues as the journalism industry increasingly shifts online.

Neil Munro Of The Daily Caller Responds On Heckling, But Who Is The Reporter That Interrupted President Obama?s Speech? [VIDEO]

Daily Caller reporter Neil Munro interrupted President Obama during his speech on the country?s immigration policy on June 15. Now the journalist has clarified what was important enough to interrupt the Commander in Chief?s address.

Who Is Martha Payne? 5 Things To Know About 9-Year-Old Blogger

The world wants to know: just who is web sensation Martha Payne? An international incident was ignited when school officials tried to stop 9-year-old Martha Payne from blogging about how disgusting the lunches served at her Scottish school were. On Friday, the Argyll and Bute Council overturned a ban on cameras in her school's dining hall, just hours after the council's members had lambasted the girl for her blog posts.

Soccer In China Floundering Under The Influence Of Corruption

A campaign to root out corruption in China's soccer leagues and administrative institutions appears to be effective -- but for how long?

Time Inc., the largest magazine publisher in the U.S., has decided to embrace digital distribution. On Wednesday, Time Inc. announced that it will make all of its magazines available over the Newsstand application built by Apple, which exists on its iPhone, iPad, and iPod Touch devices.

Aaron Sorkin And The Elephant In 'The Newsroom'

The central character in Aaron Sorkin's coming HBO drama 'The Newsroom' is a registered Republican, but he doesn't advertise it.

Olivia Culpo might have once described herself as a short, chubby nerd, but the beautiful Miss Rhode Island's beauty won her the title of Miss USA 2012 on Sunday night.

A Chicago police officer tells two NBC journalists in a shocking new video that your first amendment rights can be terminated if you're creating a scene or whatever, going on to tell them that your presence is creating a scene.

On a Friday afternoon in March, the New York Times Company (NYSE: NYT) disclosed to the Securities and Exchange Commission that it would pay Janet Robinson, its recently fired CEO and a 28-year veteran of the company, a severance package of around $23.7 million.

Local reporter suggests that Daisey is responsible for the New York Times investigation of factory conditions at Foxconn.

Gellhorn regretted falling in love with a man who ?hated his mother.?

Who Is Marina Keegan? Meet The Aspiring Essay Writer And Yale Grad Whose Life Was Cut Short By A Fatal Car Crash

Marina Keegan was a 22-year-old aspiring writer who had everything going for her. A recent Yale graduate, Keegan was about to start her first job -- at the New Yorker -- and had already published essays in The New York Times. But Keegan's plans came to a screeching halt when the Massachusetts resident died in a car crash on May 26 as she and her boyfriend were on their way to a vacation house on Cape Cod.

Who Was Marina Keegan, The Yale Student Journalist Who Took On Wall Street 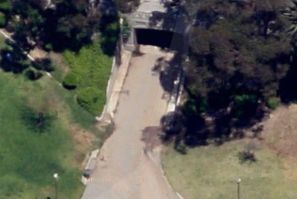 Under the bridge downtown/Is where I drew some blood, The Red Hot Chili Peppers sing on the track Under The Bridge, from their 1992 album, Blood Sugar Sex Magik. For almost 20 years, while the song became a critical and commercial success, the identity of the infamous bridge has remained unknown - until now.

The Lasting Impact of the Sarah Phillips ESPN Scandal 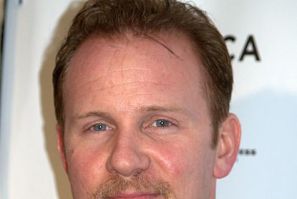 Morgan Spurlock's new film Mansome is a major departure for the documentary filmmaker. In his previous films, such as Super-Size Me and Where in the World is Osama Bin Laden, he put himself in undesirable circumstances for the purpose of educating the public. For Mansome he takes less personal risks and focuses on the opinion of today's top comedians.

As the city invests in tech, Councilwoman Leticia James wishes that Mayor Bloomberg would to more to make sure Brooklyn doesn't get left out

Former Houston Chronicle journalist Sarah Tressler, who was fired after her stripper past came to light, is suing her former employer and claiming her dismissal was due to gender discrimination. 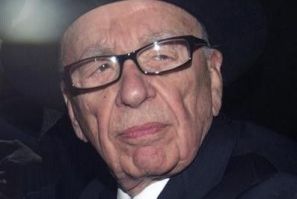 While British lawmakers call Rupert Murdoch unfit to run a giant media conglomerate, shareholders might disagree. Despite recent declines, the company's stock price is up 20 percent to $19.17 in Wednesday trading from a six-month low in November and far above the $6 depths of March 2009.
Latest news
Al Jazeera Correspondent Target Of China's First Journalist Expulsion From Country Since 1998
Whitley County, Kentucky, Sheriff Brought Down By 2 Young Journalists Facing Death Threats
Beyonce Wins Journalism Award From The New York Association Of Black Journalists
Sarah Phillips ESPN: How Was She Able to Land Jobs at ESPN and Covers?
Sarah Phillips ESPN Scandal: 22-Year-Old Former Columnist Linked to Multiple Frauds and Scams
EDITOR'S PICK