Vidal?s life was so extraordinary that its scope and magnitude beggars belief.

Jonah Lehrer, the now former New Yorker writer and best-selling author, was caught making up Bob Dylan quotes in his book "Imagine" by Michael Moynihan in Tablet magazine. Lehrer's rise and fall also matches that of Stephen Glass, a writer who invented sources and plagiarized material nearly a decade earlier at the New Republic.

In a statement on Sunday, Buzzmedia, the digital-media company that purchased Spin earlier this month, said the bi-monthly magazine "will change" after the September/October issue. The company will not publish a November/December issue as originally planned, and it is not clear when production will resume.

Search engine optimization is often discussed as some sort of sneaky journalism practice, but X5 Music Group is proving that a trick or two comes in handy with music sales as well.

Employment in the television-news industry is the highest it has been since 2000, according to the Radio Television Digital News Association, a journalism trade group for electronic media.

The Salt Lake City Police Department was flooded from phone calls from reporters on Friday after the Drudge Report linked a story about how a man stopped another man's stabbing rampage in a Salt Lake City. Though the linked article from the Drudge Report front page was clearly published on April 26, many reporters did not take notice and published the news as if it had occurred the night before.

USA Today's Eileen Blass scored an interview with eight-time Olympic medal-winning speed skater Apolo Anton Ohno, and the company wanted to promote the exclusive story on the front page of the sports section. There's nothing wrong with that; the way USA Today went about it, however, was highly questionable.

Reports Of Newsweek’s Death Are Grossly Exaggerated -- Or Not

Speaking at an earnings call with analysts, Barry Diller, chairman of IAC/InterActiveCorp, had some pretty grim words to say about what ails the storied magazine and print media as a whole.

Frank Pierson, Academy Award-winning screenwriter of such films as A Dog Day Afternoon and Cool Hand Luke, whose career stretched over 50 years in Hollywood, passed away today at the age of 87.

Prominent journalist and political writer Alexander Cockburn died in Germany on Saturday, according to his friend Jeffery St. Clair. Cockburn, 71, had been battling cancer for a couple of years.

James Holmes, the alleged gunman believed to be responsible for the shootings at a movie theater in Aurora, Colo., that took place on Friday, is currently in custody at the Arapahoe County Sheriff's Office Detention Facility in Centennial, Colo.

In the past few decades, scientific breakthroughs are increasingly coming from older scientists. But young people still make astounding discoveries, and some institutions, including science fairs and the U.S. government, aim to encourage budding researchers to keep at it.

Sports journalist Jessica Redfield, whose real name was Jessica Ghawi, chose to use Redfield as her surname because it was her grandmother's maiden name. That's just one of the stories about her that reveals a little bit about who she was.

YouTube announced the launch of a new face-blurring tool on July 18 that helps in protecting identity of citizens in sensitive reports and helps in addressing human rights issues.

The world's largest software maker announced late Sunday that it is pulling out of its partnership with MSNBC.com, a move that will allow the company to build its own online news service at a time when more and more consumers are finding their news online. 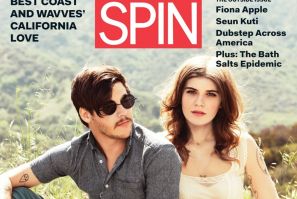 The question on everyone's mind is this: Why would a hot Internet company with an empire of music and culture blogs want to invest its resources in print? Tyler Goldman, Buzzmedia's CEO, said Spin is much more than a print publication.

Is The Music Magazine Dead? After Sale, Spin Is Endangered

In another triumph of digital medial over legacy media, Buzzmedia said Tuesday that it would buy Spin Media LLC, the 27-year-old music magazine that chronicled the rise of alternative rock in the 1990s. 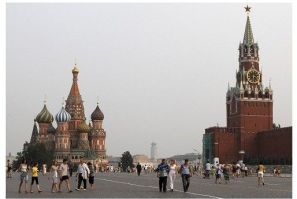 Russia isn't the first place that comes to mind when thinking of free speech, but that's exactly where the second World Media Summit was held. Attendees including BBC and CNN heard about a free press from Vladimir Putin, and about world harmony from the North Koreans. 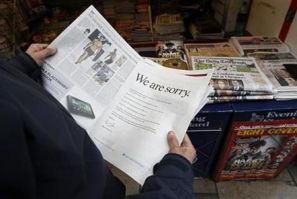 (Reuters) - The news: Americans love to publicly debate it, British people hardly ever pay for it online and Germans prefer to get theirs through more traditional means, according to a survey about media consumption released on Monday. 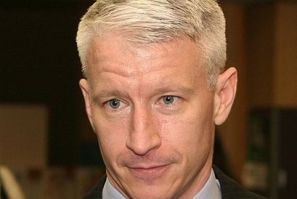 Time Warner Inc.'s (NYSE: TWX) share price and advertising spending on CNN are unlikely to be impacted by Anderson Cooper's announcement that he's gay. The news may have a long-term positive impact on his brand and cable news show, Anderson Cooper 360. 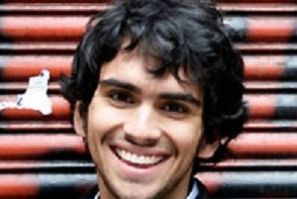 AP Intern In Mexico Reported Before His Death On Drug Traffickers

Armando Montano had been interning with the Associated Press in Mexico City for less than a month before he was found dead at the bottom of an elevator shaft.

Anderson Cooper Comes Out, Wasn?t Ever In

?The fact is, I?m gay,? Cooper said in an e-mail he permitted a friend in journalism to disclose.
Latest news
CNN And Fox News Both Bungle Supreme Court Ruling; One Apologizes
Violence In Damascus Escalates: Is Assad On The Ropes?
Can News Corp. Survive With Just News?
Remembering Nora Ephron: A Look Back At The Talented Writer's Professional Highlights
Syria Blames Terrorists, EU For Deadly 'Massacre Against Journalism'
EDITOR'S PICK