Prognosis and survival rate varies greatly depending on cancer type and staging.Computerized models are available to predict survival.With best treatment and dependent on staging, 10-year disease-free survival varies from 98% to 10%. Treatment includes surgery, drugs (hormonal therapy and chemotherapy), and radiation.

New York University School of Medicine researcher Leonardo Trasande and his colleagues examined urinary BPA levels in a sample of nearly 3,000 children and adolescents, including 1,047 children scored as overweight and 590 scored as obese.

WWE "Monday Night RAW" Punk not getting a rope break, the new tag team champions retaining their titles, and Orton and Ziggler defeating their opponents.

The pink gloves worn by youth football player Julian Connerton ignited controversy after his coach benched him for wearing the accessories, which the 12-year-old donned to support his mother's breast cancer battle.

Kathy Bates Has Double Mastectomy After Diagnosed With Cancer: 'I Don't Miss My Breasts As Much As I Miss Harry's Law'

Kathy Bates has had to battle cancer for a second time after having to undergo a double mastectomy after being diagnosed with breast cancer nine years after she surviving ovarian cancer, People reported.

The jury is still out on whether cell phones cause tumors, but singer Sheryl Crow squared the blame on the devices for her benign growth during an appearance Monday on "Katie."

The first day of Mercedes-Benz Fashion Week in New York was a stellar start to the introduction of the Spring 2013 collections despite the MTV VMA awards taking place simultaneously at the Staples Center in Los Angeles, Calif.

Judy Blume, author of popular teen fiction books such as "Are You There God? It's Me, Margaret," announced on her blog that she was diagnosed with breast cancer this summer and has already undergone treatment.

Judy Blume announced on Wednesday that she is suffering from breast cancer. The 74-year-old author shared her ordeal via her blog. In a post titled "!@#$% Happens,"

E! News anchor Giuliana Rancic and husband Bill announced that they have welcomed their first child, son Edward Duke Rancic, tweeting to followers early Thursday morning, "The 'Duke' has landed!" The Rancics, who have shared their grueling struggle to become parents with the world, announced on the "Today" show in April that they would having a child with an anonymous gestational carrier.

Ann Romney Goes For The Heart, Says She And Mitt Used To Be Poor

Often portrayed by Democrats as a wealthy out-of-touch businessman, Republican presidential hopeful Mitt Romney appeared as a man who achieved the American dream when his wife Ann made her national debut with a speech Wednesday night in Tampa.

Aspirin Use Not Tied To Breast Cancer Risk

There's no good evidence that aspirin protects women against breast cancer, according to a new study.

Robin Roberts, co-anchor of "Good Morning America," returned to work on Monday after an abrupt nearly three-week-long medical leave, due in part to exhaustion from a blood and bone marrow condition.

Rosie O'Donnell Has Heart Attack & Writes Poem: Will Her Work Save Lives?

Rosie O'Donnell revealed that she had a heart attack last Tuesday after posting a poem about the near death experience on her blog.

Jenn Gibbons, founder and coach of Recovery on Water, rowed into Chicago on Tuesday to complete an emotional 1,500-mile trip around Lake Michigan. During the two-month cancer awareness trek, Gibbons ran into trouble when she was sexually assaulted aboard her boat in Michigan's Upper Peninsula nearly a month ago.

Betty Smithey has spent the last 49 years locked up in the Arizona State Prison Complex in Perryville, Ariz. The almost 50 year stint makes Smithey the nation's longest serving female inmate. But on Tuesday, the 69-year-old who was convicted the 1963 New Year's Day murder of Sandy Gerberick, woke up a free woman.

Comedian Tig Notaro took the stage at the club Largo in Los Angeles, Calif., on Friday for a heartfelt and hilarious set where she talked about her recent breast cancer diagnosis. 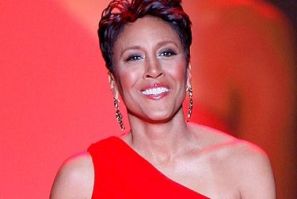 Robin Roberts Takes Break From 'GMA,' Felt 'Moment Of Fatigue' While On Air

Robin Roberts, "Good Morning America" co-anchor, announced she would be taking a break from the show due to her blood and bone marrow disease, Reuters reported.The 51-year-old Roberts explained that she was "not feeling well" and needed to "get some vacay" time in before she headed for her upcoming bone marrow transplant. 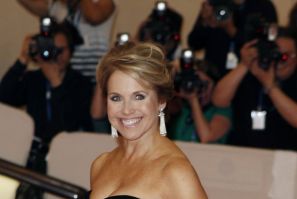 Katie Couric has reportedly found a new love in her life, financial bigwig John Molner. The couple attended the Ellen Hermanson Breast Cancer Benefit together on Saturday. Though the two were not photographed together, sources said they were definitely canoodling at the event. But who is the 49-year-old financial honcho?

Good Morning America host Robin Roberts has announced that she will be taking a medical leave from the ABC show. During the leave, which will become effective in late August or early September Roberts will undergo a bone marrow transplant, the GMA anchor said in a satellite interview with reporters at the Television Critics Association media tour.

After the formal announcement Monday that Marissa Mayer had been elected the new CEO of Yahoo (Nasdaq: YHOO), the No. 3 search engine, the new executive announced she was pregnant. 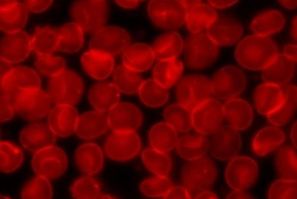 Snapping That One In A Million Cancer Cell: UCLA Research