The Exxon Mobil Corporation, or ExxonMobil, is an American  multinational oil and gas corporation. It is a direct descendant of John D. Rockefeller's Standard Oil company, and was formed on November 30, 1999, by the merger of Exxon and Mobil. It has its headquarters in Irving, Texas.

ExxonMobil is one of the largest publicly traded companies in the world, having been ranked either #1 or #2 for the past 5 years. Exxon Mobil's reserves were 72 billion oil-equivalent barrels at the end of 2007 and, at then (2007) rates of production, are expected to last over 14 years. The company has 38 oil refineries in 21 countries constituting a combined daily refining capacity of 6.3 million barrels.

ExxonMobil is the largest of the six oil supermajors with daily production of 3.921 million BOE (barrels of oil equivalent).
When ranked by oil and gas reserves it is 14th in the world with less than 1% of the total.

Shares of Apple (Nasdaq: AAPL), the world's most valuable technology company, rose $2.04 to $662.63, Wednesday in advance of the expected announcement of the iPhone 5 at a product introduction in San Francisco, which isn’t scheduled until late morning.

Shares of Apple (Nasdaq: AAPL), the world's most valuable technology company, set new record highs Friday ahead of next Wednesday’s announcement of a new member of the iPhone family, perhaps the iPhone 5.

Can Tweeting The Workday Away Save The Economy?

A new report released by the business consulting giant McKinsey Global Institute, showed that social-media tools stand to add $900 billion to $1.3 trillion to the economy, largely through increased productivity among skilled workers.

At least one major refiner, BP PLC (NYSE: BP), has said it is shutting down production in the region. Production shutdowns can lead to price spikes at the pump fairly quickly.

Apple Inc's market value climbed past $623 billion on Monday, surpassing the record set by Microsoft Corp during the heyday of technology stocks in 1999.

Apple (Nasdaq: AAPL), the world's most valuable technology company, continued its tear as its shares keep setting all-time records in Monday trading. Earlier, its shares hit $664.75, valuing the Cupertino, Calif., company above $621 billion for the first time, more than any other company?s prior value.

Next week's barrage of earnings releases offers further guidance on the health of U.S. companies.

Next week's barrage of earnings releases offers further guidance on the health of U.S. companies.

Don?t Give Up On The China Dream (Just Yet) - Nation Passes Japan On Fortune 500

China's double-digit growth rate during the financial crisis has been the envy of the world and most people agree that we may have seen the last of the country's miraculous growth. So yes, China's growth is slowing. However, it's too early to get all pessimistic.

New Great Game Being Played In Afghanistan, Without The US

China and India are set to sink billions of dollars into Afghanistan, perhaps the world's last great untapped center for natural resources. Where is the U.S.?

Azerbaijan - A Repressive, Corrupt Country That The West Loves

With all of its contradictions, Azerbaijan is a complex country to fully figure out: Its tangled friendships and autocratic policies are often puzzling as are its relations with the West. But its obsession with oil is as undiluted and unwavering as anything the country has ever done.

The Exxon Mobil Corp. will abandon its shale gas exploration projects in Poland because the company's test wells did not produce commercial quantities of gas, the daily newspaper Gazeta Wyborcza reported, according to Bloomberg News.

Once reserved for boutique funds catering to religious investors opposed to profiting from weapons, gambling, tobacco or alcoholic beverages, socially responsible investing today has a larger presence, with more assets under management than ever before. 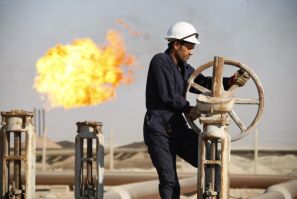 Iraqi officials on Tuesday said their country's next oil lease auction will not allow companies to sign contracts with Iraq's semi-autonomous northern region of Kurdistan. 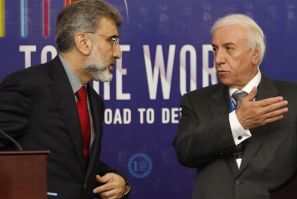 Turkey signed the pipeline deal with the Kurdistan Regional Government (KRG) on Sunday, bypassing the central government in Baghdad. 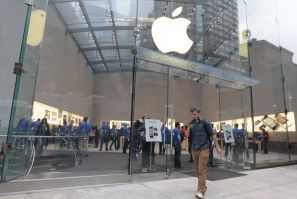 Apple?s ?Correction?: 5 Reasons Why The Shares Have Declined 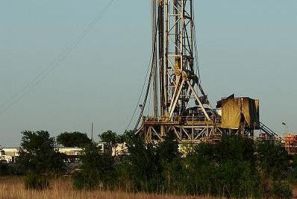 The Obama administration will reportedly restrict hydraulic fracturing, or fracking, by promulgating a set of rules governing such practices on federal land.

BP Plc (BP.L) reported a bigger-than-expected profit drop on the back of a fall in production prompted by the need to sell oil fields to pay for the Gulf of Mexico disaster, raising concerns about the oil group's turnaround plan. 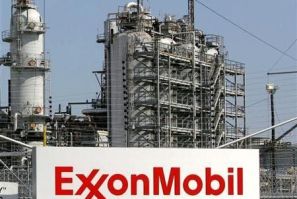 Exxon Mobil Corp has shut the 160,000 barrel-per-day (bpd) North Line crude oil pipeline in Louisiana after a leak spilled 1,900 barrels of crude oil in a rural area over the weekend, affecting a conduit that supplies the nation's third-largest refinery.