The debate over healthcare reform in the United States centers around questions of a right to health care, access, fairness, sustainability, and quality purchased by the high sums spent. The mixed public-private health care system in the United States is the most expensive in the world, with health care costing more per person than in any other nation, and a greater portion of gross domestic product (GDP) is spent on it than in any other United Nations member state except for East Timor (Timor-Leste). A study of international health care spending levels in the year 2000, published in the health policy journal Health Affairs, found that while the U.S. spends more on health care than other countries in the Organisation for Economic Co-operation and Development (OECD), the use of health care services in the U.S. is below the OECD median by most measures. The authors of the study concluded that the prices paid for health care services are much higher in the U.S.

The U.S. is the only wealthy, industrialized nation that does not have a universal health care system, according to the Institute of Medicine of the National Academy of Sciences and others. The number of people in America without health insurance coverage at some time during 2006 totaled about 16% of the population, or 47 million people. Of these 47 million uninsured people, nine million or roughly twenty percent, reside in households whose income totals greater than $75,000 In addition, many or most of those with insurance are not sufficiently insured, with high-deductible policies, policies that do have limits on what they will pay for or policies that cost a significant percentage of their income.

In spite of the amount spent on health care in the US, according to a 2008 report, the United States ranks last in the quality of health care among developed countries. The World Health Organization (WHO), in 2000, ranked the US health care system 37th in overall performance and 72nd by overall level of health (among 191 member nations included in the study). International comparisons that could lead to conclusions about the quality of the health care received by Americans are subject to debate. The US pays twice as much yet lags other wealthy nations in such measures as infant mortality and life expectancy, which are among the most widely collected, hence useful, international comparative statistics.

Rep. Mary Miller's made the comments after she was endorsed by Donald Trump.

Cigna and Humana join Aetna in waiving patient cost-sharing on all treatments for COVID-19.

Medicare For All Is Best For Americans, Says Scientific Study

Medicare for All is the best option available for giving Americans high-quality health care coverage, according to a published scientific study.

AOC took to social media on Sunday to suggest former Maryland representative and presidential hopeful John Delaney "sashay away" after his comments that Medicare-for-all was "not good policy."

Sanders, Democrats Pushing 'Medicare For All' After GOP Plan Fails

Weighing in on the 2016 presidential race, Health and Human Services Secretary Sylvia Mathews Burwell said “everyone in the United States is supported by the government in their healthcare.”

Sanders Releases ‘Medicare For All’ Plan

Under the plan, the average middle-class family would pay $466 in healthcare premiums — per year.

Is Bernie Sanders' Love For Denmark Good For Us?

A Blue Cross exec says people who are finally covered under Obamacare and seeking treatment are costing the insurers a bundle.

What Americans Think Of Health Care System, In Obamacare Era

Obamacare's website rollout was very poor, but American attitudes on the system overall may surprise you.

The administration has postponed the Obamacare deadline for employers to insure all full-time workers until 2015.

Occupy Wall Street - Passé Or Canary In A Coal Mine?

The Occupy Wall Street protest movement is expected to resume Monday, on the 1-year anniversary of the protests. Is the coalition passé and irrelevant? Or is it a canary in a coalmine - an indicator of worsening economic and social problems in the United States?

By embracing the free market as a great leveler, Romney backs a plan that looks similar to the system before the Affordable Care Act.

The video, released on Thursday, highlights the pledges President Obama has kept since entering the White House. But what promises hasn't he kept?

Former President Bill Clinton received wide acclaim for the rousing speech he delivered last night at the Democratic National Convention on behalf of President Obama, which was met with several rounds of standing applause. But fact-checkers working behind the scenes were less enamored with his oration. According to FactCheck.org, a non-partisan website that works to correct misleading political claims, the speech was "a fact-checker's nightmare." By 'nightmare,' the website was re...

While the presidential candidates' plans to tackle unemployment, the national debt, health care reform, immigration, gay marriage and gun control might be the topics that have Main Street voters buzzing ahead of this year's election, a new report by the global equity research team at Standard & Poor's shows Wall Street investors have very different policy debates in mind. 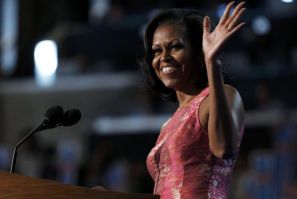 Michelle Obama closed out the first day of the 2012 Democratic National Convention with a rousing speech that paid personal tribute to her husband but also seemed built to coalesce support among Democrats at the start of the three-day DNC. 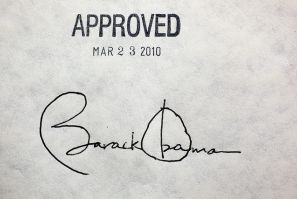 Fast-food franchise owners say the Affordable Care Act could virtually put them out of business with its requirements that they provide health-care coverage. 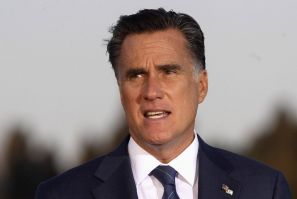 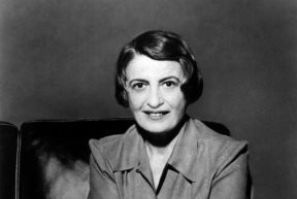 Ayn Rand: Her Economic Views, Backed By Paul Ryan, Would Result In A US Dystopia

Though he denies it today, presumptive Republican Party vice presidential nominee Paul Ryan?s primary economic and fiscal influence was Ayn Rand, an extremely conservative thinker whose flawed economic and social theories were only outdone in perniciousness by her utter disregard for society and the common good. 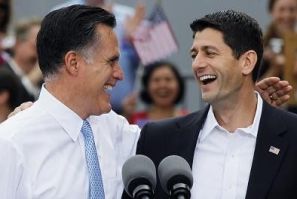 Republican Party presidential nominee Mitt Romney’s selection of U.S. Rep. Paul Ryan, R-Wis., as his running mate is an attempt to re-structure the 2012 campaign’s debate so that it conforms to the Tea Party’s agenda - but it's one that will not change the election’s outcome. 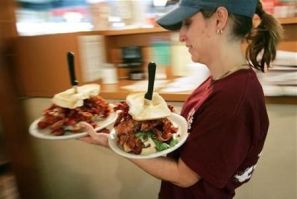 Employers in the restaurant and retail industries -- those with a large number of hourly wage workers who traditionally had minimal or no health insurance -- are more likely than other companies to drop their health plans or cut worker's hours in order to maintain their already slim profit margins.

CNN's Jim Walton is resigning at the end of the year so that the company can benefit from new thinking and a different perspective.
Latest news
House Republicans Attack Planned Parenthood, Yet Again
Texas Women's Health Program Wants To Stop Doctors From Even Talking About Abortion
Watch Mitt Romney Get Booed By NAACP
Will ObamaCare Strengthen Small Businesses?
Reagan-Appointed Judge Richard Posner Calls 'Goofy' Republicans A 'Crowd of Lunatics'
EDITOR'S PICK