Should you get the iPhone X or the iPhone 8? Maybe the 8 Plus? Here's a breakdown of features and prices on all three new iPhones.

Apple will release the Apple TV 4K later this month.

Apple reveals the new Apple Watch Series 3: price, release date, features. The biggest feature is that it has built-in cellular technology, which means you won't need your phone with you to make calls, use Siri or listen to music.

LTE Apple Watch users will be able to use the same number as iPhone.

The iPhone 8 is expected to cost around $1,000, but an Apple Music and iCloud bundle could reel in customers.

Apple saw its shares drop after a Wall Street Journal report said the iPhone 8's timetable was pushed back by a month because of production glitches.

iPhone 8 Will Reportedly Be Available For Pre-Order Sept. 15

The iPhone 8 will reportedly be available for pre-order on Sept. 15, but the shipping of the device could be pushed until October.

Roku announces the release of "The Roku Channel." Here's what it includes.

Before Apple holds its iPhone 8 launch event next week, a new video claims to show the upcoming iPhone 8.

Apple might reveal the Apple Watch Series three alongside its new iPhone lineup on September 12. Here's a roundup of all the rumors regarding the wearable device, plus what we know about watchOS 4.

Roundup Of iPhone 8 Rumors Ahead Of September 12 Apple Event

Apple will hold its press event on September 12. Here's a roundup of iPhone 8 rumors. 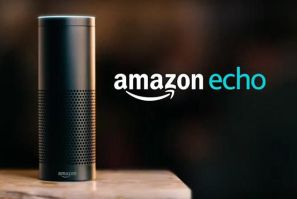 Amazon Echo is currently unavailable as rumors point to revamped Echo that will rival Apple's HomePod. 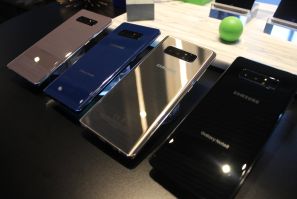 A new Galaxy Note 8 color option has surfaced, but it will be a Taiwan exclusive. 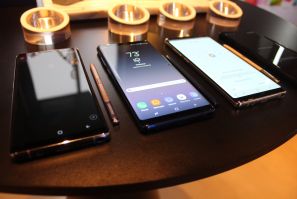 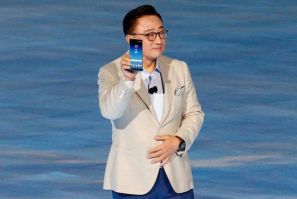 Samsung’s mobile chief Koh Dong-jin has explained why the newly launched Galaxy Note 8 houses a smaller battery than its predecessor. 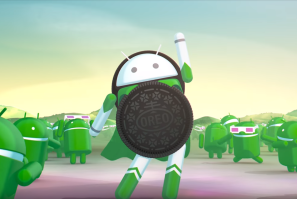 Despite repeated explanations by Google executives, people still forget that Android nicknames are considered tasty treats and not necessarily desserts -- especially once you get to the hard letters.

Samsung's new Galaxy Note 8 is available for preorder at several carriers and retailers in the U.S.