Former U.S. senator Rick Santorum rejuvenated his presidential hopes on Tuesday with a shocking sweep of the three nominating contests in Colorado, Minnesota and Missouri, dealing a blow to wounded front-runner Mitt Romney.

The Brazilian Crop that Came, Saw and Conquered the Keralites

There is one single factor that unites all Malayalis (commonly referred to as Mallus) on Earth. It is the kappa factor or our love for tapioca.

Egyptians Break off D.C. Visit in Confrontation over NGOs

An Egyptian military delegation abruptly cancelled its meetings with U.S. lawmakers to return to Cairo Monday after warnings from both Congress and the White House that Egypt's crackdown on non-governmental groups could threaten its $1.3 billion in annual U.S. military aid.

I have never been enamored with the NFL.

Tom Tancredo, a former Colorado congressman and 2008 presidential candidate, endorsed Rick Santorum for the Republican presidential nomination on Wednesday, giving a small boost to Santorum's long-shot campaign after he finished a distant third in the Florida primary.

Such an event would clearly pose a dire threat to Israel and its mandated Jewish identity.

The Unjust War on the Righteous

As part of an undeniable war on Christianity, New York City is set to evict 17,000 churchgoers who use schools as a place of worship. (As if eliminating any reference to Christmas was not bad enough.)

At least one family member of an Afghan-Canadian family found guilty of honor killing three siblings and a fourth relative will be appealing the conviction and sentence of life in prison, the family's lawyer said on Monday.

They are now facing deportation, even though some of the Ethiopians have legally resided in Saudi Arabia for as long as 16 years.

U.S. Presidential Primaries: For an American in London It's 'Cringeworthy'

I have a healthy respect for the institution of government, and sometimes even feel sorry for politicians who have thankless jobs (President Barack Obama springs to mind), but I find the whole process that Americans go through to elect our leaders cringeworthy.

U.S. Presidential Primaries: For an American in London It's 'Cringeworthy'

I have a healthy respect for the institution of government, and sometimes even feel sorry for politicians who have thankless jobs (President Barack Obama springs to mind), but I find the whole process that Americans go through to elect our leaders cringeworthy.

The Art Institute of Chicago has received a grant of $500,000 from the Government of India as part of a new professional exchange program between the museum and the country.

Boko Haram threatened Nigeria's President Goodluck Jonathan this week. Speaking in an audio message that was posted online, rebel leader Imam Abubakar Shekau said that he was willing to martyr himself to make Jonathan see.

The Chinese New Year celebration is expected to increase strong demand for gold in Asia, according to industry experts.

The average Muslim convert in the U.K. is described as a “27-year-old white woman.”

A coalition of veterans say retired Lt. Gen. William Boykin's inflammatory rhetoric is incompatible with Army values, and only puts our troops in danger.

Alaska Airlines announced on Wednesday that it would discontinue its decades-old tradition of handing out prayer cards with meals.

Dalit Queen Mayawati Faces the Heat: Will She Win Again?

By her own standards, Dalit queen Kumari Mayawati's birthday celebrations were low-key this year because of the assembly elections. The huge crowds of gaping admirers were missing this year. 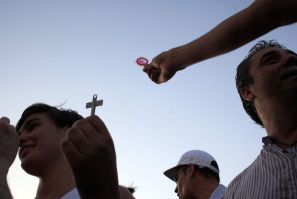 Catholics and First Amendment Rights: The Battle for Religious Freedom

President Barack Obama sure does have a knack for contradicting himself.

A lawsuit was filed in California against comedian Jay Leno, over a Mitt Romney joke, which showed a picture of the religion's holy Golden Temple of Amritsar as the presidential candidate summer home. The plaintiff, Indian-American Randeep Dhillon, called it a racist slur against Sikhs.

The nude photo of Iranian actress Golshifteh Farahani has enraged several members of the Muslim community, particularly since one of the more principal tenets of Islamic fundamentalism has always been to ban women from any degree of nudity. The decision by Farahani, therefore, is a bold one and one that has, predictably, sparked controversy across the world. However, she isn't the first Islamic actress who has shed her clothes and her inhibitions. There are at least 3 others who have already ... 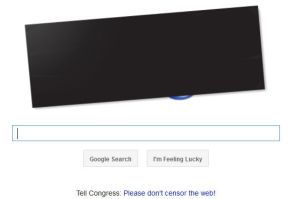 After global protests on Wednesday which saw darkened Websites like Wikipedia and BoingBoing and a “virtual” strike by Google, on Friday SOPA, a creature of the U.S. House of Representatives, and PIPA, in the Senate, were essentially smothered. 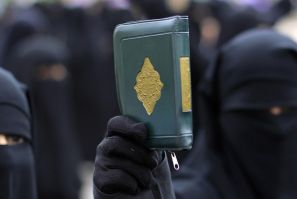 Three Muslim men in England were convicted of hate crimes for saying that homosexuals should be put to death. 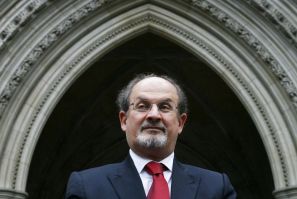 Salman Rushdie Scared Away from Book Festival by 'Bombay Mafia'

Novelist Salman Rushdie has canceled his appearance at the Jaipur Literary Festival after he was warned by police about assassination threats.

Salman Rushdie will not attend the Jaipur Literature Festival after authorities warned the controversial author he was a potential target of assassins at the event, following threats of protests from Muslim groups at his planned appearance.
Latest news
South Carolina Primary: 5 Things to Look For
Ariane Noelle Patterson: Student, 21, Dies After Thanking God For 'Another Year of Life'
Bangladesh Foils Islamic Coup: Military
China Arrests Another Dissident, Zhu Yufu, on Subversion Charges
Iranian Nuclear Scientists: Is Israel Behind the Assassinations?
EDITOR'S PICK