During a routine practice with the New York Knicks, Jeremy Lin took a minute to talk to a reporter from Fuse TV about his favorite music. Lin, who makes no efforts to hide his religion, named the popular Christian rapper, Lecrae Moore.

Most voters approve of a federal mandate that health insurance plans coverage birth control, according to a new poll whose findings contrast with the firestorm of outrage the contraception mandate has provoked.

The proposed vote on a new constitution, which is scheduled to take place on February 26, comes after a bloody 11-month uprising against the rule of President Bashar al-Assad.

The Mormon church apologized on Tuesday for the posthumous baptism by its members of the parents of famed Nazi hunter and Holocaust survivor Simon Wiesenthal.

Sean’s father Oliver is Jewish, while his mother is Christian.

India may be the only major nation in the planet that has absolutely no history of state-sponsored anti-Semitism.

Mayor Michael Bloomberg, who has taken a lot of heat from his decision to ban worship services from public schools, defended his administration's decision Monday.

What Do Christians Have Against Climate Science?

Emirati marriage counselor, author and ultra-conservative Muslim Widad Lootah has urged Muslim and Arab women to embrace love and love-making on the eve of Valentine's Day, it has been reported.

Greece: European or Not?

There is another element to this ongoing drama – Greece’s resentment of Western Europe and the feeling that Greeks don’t feel like they are a part of Europe.

U.S. Catholic Church leaders said they will fight President Barack Obama's controversial birth-control insurance-coverage policy despite his compromise that religious employers would not have to offer free contraceptives for workers, shifting the responsibility to insurers.

Hazem Saleh Abu Ismail, Egypt's presidential candidate and a vocal supporter of the Muslim Brotherhood, has said that there is no room for personal freedom in Islam.

CPAC 2012: Mitt Romney Struggles to Connect with Conservative Base

Presidential candidate Mitt Romney struggled at the CPAC 2012 Conservative Political Action Conference on Friday to connect with Republican voters who either cannot relate to him or worry that he is not conservative enough.

In one of the most shocking accounts of cult abuse, a lawsuit between the Church of Scientology and former church official Debbie Cook has finally ended today, according to a San Antonio local news website.

President Barack Obama, in an abrupt policy shift aimed at quelling an election-year firestorm, announced on Friday that religious employers would not be required to offer free birth control to workers and that the onus would instead be put on insurers.

Kashgari said he is being made a scapegoat.

The historic streets of Athens are the site of much mayhem and political theater as tens of thousands of Greek citizens have taken to the street to demand their government cancel further austerity measures. 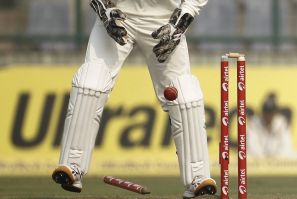 Scoring at Cricket with a Dutch

Where did the game of cricket begin? This question came from my friend Paul, who is from the Netherlands. He was visiting Kerala, the southernmost state of India where I was born. He came here to enjoy the hot Indian summer. But there was something hotter than the sun brewing in India at that time. It was the Indian Premier League (IPL) season. 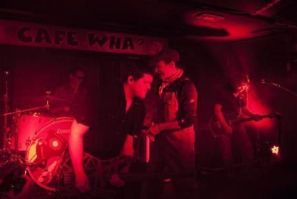 Van Halen gets a Jump-start with Roth-fronted album

A Different Kind of Truth is a pretty ponderous name for a not very ponderous album -- Van Halen's first in 28 years with David Lee Roth as frontman. If they'd been in as cheeky a mood titling it as they were in recording it, maybe they could have gone with: 1985. 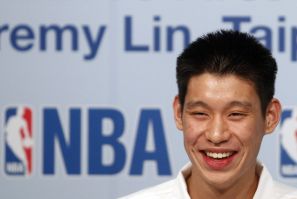 Knicks Star Jeremy Lin Says Tim Tebow 'Inspires' Him: 'I Respect Him So Much!'

Jeremy Lin's amazing plays for the New York Knicks has some sports fans swapping Tebow Mania for Linsanity. But one fan of Broncos quarterback Tim Tebow is unwavering in his devotion: Jeremy Lin himself. He's a polarizing figure, but the things he says in interviews, his approach to the game, is just unbelievable, Lin, a fellow devout Christian, said in a recent interview.

Gutierrez called out Gingrich for labeling President Obama the food stamp president (watch here), and revealed the actual food stamp president was not a Democrat, but a Republican: George W. Bush. Gutierrez also tore into the former Speaker on Wednesday for relying on politically punchy and racially volatile props to sustain his presidential campaign. 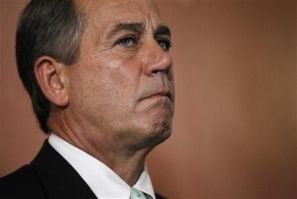 The top Republican in the Congress on Wednesday denounced President Barack Obama's new rule on contraceptives as an assault on religious freedom and vowed to overturn it, as the White House sought to prevent the issue from becoming an election-year liability. 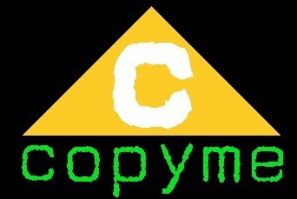 A Pirate Walks Into a Church: Kopimism and the Sacred Act of File-Sharing