The Broncos' quarterback was subjected to unnecessary scrutiny in 2011.

Martin Luther King Jr. Quotes: From 'Letter from a Birmingham Jail' to 'Why We Can't Wait'

Dr. King remains one of the most iconic figures of the Civil Rights Movement and one of the most recognizable and quotable men in American history. On Martin Luther King Jr. Day, remember the man and his beliefs through some of his most famous and moving quotes, from I Have a Dream to his views on the Vietnam war to his unwavering belief in the strength and love of his fellow man.

Internet giants Google and Facebook told an Indian court on Monday that it is not possible for companies to block offensive content that appears on their websites, in a case that has stoked fears about censorship in the world's largest democracy.

Internet giants Google and Facebook told the Delhi High Court on Monday that it is not possible for companies to block offensive content that appears on their websites, in a case that has stoked fears about censorship in the world's largest democracy.

The Tim Tebow-Tom Brady showdown during the Broncos-Patriots game might have absorbed all attention Saturday night, but a 30-second John 3:16-themed commercial from Focus on the Family might have piqued some interest.

Myanmar's government said on Saturday 302 of the 651 detainees it freed this week were political prisoners whose release had been sought by the National League for Democracy (NLD) party of Nobel peace laureate Aung San Suu Kyi.

Tunisians Celebrate Their Revolution One Year On

Tunisians Saturday marked the first anniversary of the revolution that started the Arab Spring with celebrations that were true to the spirit of the revolt: raucous, unscripted and driven by the energy of ordinary people.

The ancient enmity between Shia and Sunni Muslims exploded in violence again on Saturday in Iraq when a suicide bomb killed at least 50 Shia pilgrims and wounded almost 100 in the southeastern city of Basra, according to Iraqi police and security officials.

Ron Paul, the Jews and Israel

Paul’s views on Israel have been controversial to say the least.

Sikhs in France Get U.N. Support on Wearing of Turbans

A human-rights body of the United Nations has expressed its support for a Sikh man in France in his battle to wear his turban in defiance of French laws against religious headgear.

One YouTube user, Jefferson Bethke, has created a video dubbed as controversial and conversation-sparking about why Jesus is the answer but not religion, in a viral video entitled, Why I Hate Religion But Love Jesus. The video, which was uploaded to YouTube on Jan. 10, is nearing 6 million views and has amassed more than 64,000 comments as of Friday morning.

Mitt Romney 2012: His Mormon Faith Will be an Election Issue

Religion is an important issue to the Republican voters and this is posing a challenge to Republican front runner Mitt Romney in the conservative South Carolina state.

A federal appeals court's ruling against a proposed constitutional amendment to ban Oklahoma courts from using Islamic Sharia law represents more than a setback to the measure's proponents. Experts say that the decision also reveals how such laws fall somewhere between impractical and unconstitutional.

The video is somewhat reminiscent of the abuses of Iraqi prisoners in the Abu Ghraib jail by American troops.

Nicolas Steno, the 17th century Danish father of geology, was honored Wednesday with a Google Doodle commemorating what would have been the genius' 374th birthday. Steno, whose name means rock in Danish, pioneered research in both anatomy and geology helping to discover a groundbreaking theory to explain how fossils function in layers of rock.

A Muslim cleric from Iran has claimed that the social networking site Facebook is un-Islamic and being a member of it is a sin, the ISNA news agency reported last week.

Mitt Romney 2012: Will Mormonism be a Problem?

In the wake of the New Hampshire primary victory, Mitt Romney, the former Massachusetts governor, is on course to become the first Mormon to secure nomination as the Republican presidential candidate. 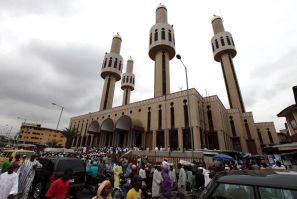 A mosque and an Islamic school were set on fire in Benin City, Nigeria this week. Christians and Muslims -- traditionally at odds in Nigeria -- are increasingly antagonistic and these retaliatory attacks are a bad sign of what could be to come. 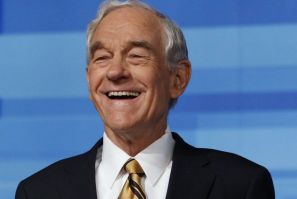 A video that describes GOP presidential candidate Ron Paul helping an interracial couple in Texas in 1972 went viral following its release on YouTube on Dec. 28. The video, titled The Compassion of Dr. Ron Paul, highlighted the Texas congressman and medical doctor's personal generosity and support of free market health care. 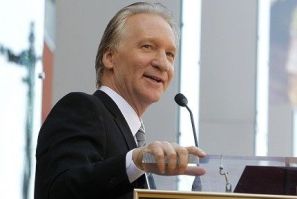 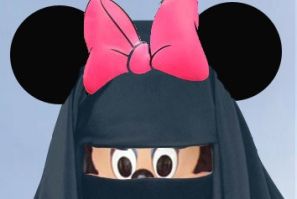 Some Conservative Muslim groups are calling for a boycott of Sawiris' many companies. 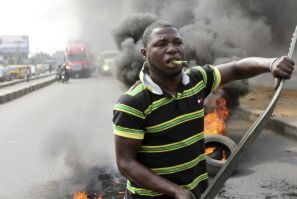 Nigeria is in the midst of a general strike and nationwide protests against the government, which removed a fuel subsidy at the start of the year. Is there a movement and is it growing in strength? 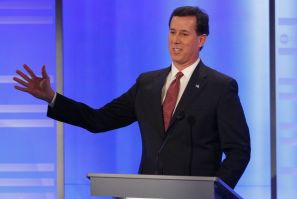 Most of the Republican presidential candidates laid out their credentials as social conservatives in a debate on Saturday as the 2012 campaign prepares to move from New Hampshire to South Carolina. With another debate to be hosted by NBC's Meet the Press, they can do it all over again on Sunday. 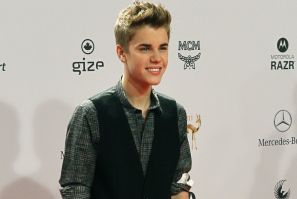 How does Canadian pop singer Justin Bieber flaunt his new tattoo? Well... by going to the beach and having fun. Bieber was seen at a beach in Los Angeles on Friday, with his father, a friend and a new tattoo... that of Jesus Christ!
Latest news
Mitt Romney's Mexican Heritage: Polygamist Ancestors Fled Across Border
Dog ‘Bark Mitzvah’ Revived as Latest Trend for Dogs, Owners [PHOTO & VIDEO]
Burma: The Tragedy of the Rohingya People
Swedish Government Recognizes File-Sharing as a Religion
Writing Meaningful Thoughts is Akin to Weight Loss Exercises: Study
EDITOR'S PICK