Apple Shares Leap To New Record As Goldman, Others Up Target Prices

A new paper taking a closer look at the people who volunteered for a previous HIV vaccine trial in Thailand has identified precise targets on the virus that could form the base of a more effective vaccine.

Target Vs. Wal-Mart: Target Wins on Pricing, Barely, And Probably Not For Long

Given the success of both the novel and the movie, Hunger Games is becoming one of the most demanded commodities. While MTV is already planning on launching a Hunger Games-based reality series with competitions, the next brand name to jump on the Hunger games popularity bandwagon is the retailer - Target.

Target Corporation (NYSE: TGT) announced Monday it was expanding its grocery store strategy to an additional 30 outlets, including ones in Nashville, Tenn., Cincinnati, Ohio, and Jacksonville, Fla.

Dimming Hopes For A Back-To-School Rebound For Retailers

It seems as though the world if retail is hitting some mid-year skids, leaving market watchers wondering if they already need to write of the second-most important sales season of the year: Back to school.

The wait is finally over for people in the U.S. who were looking forward to Samsung's latest flagship smartphone, the Galaxy S3. Sprint made the handset available for in-store purchases from July 1, while AT&T announced that it would be selling the phone in its stores from July 6. But if a recent note by one industry analyst is to be believed, it won't be an easy road for this successor of the S2.

China's annual growth target for 2012 looks increasingly in jeopardy as demand at home falters and Europe's debt crisis worsens, complicating matters for Beijing as the country heads into a once-in-a-decade leadership transition.

Samsung's latest flagship smartphone Galaxy S3 has not been launched in the United States yet, but retailers and carriers are already out to attract customers. Here're two discounts that are on offer for the device's AT&T variant.

US-based retailing company Target is going to stop selling Amazon's Kindle-branded products in the spring of this year, according to a latest report.

Pittsburgh Steelers Draft Preview: Is Dont'a Hightower the Target in the First Round?

Pittsburgh needs to fill many holes in the draft after losing several veterans to salary cap consideration this offseason.

The Federal Reserve was neither hawkish nor dovish when it set a formal inflation target, and such a move would make sense even if the U.S. central bank had a single mandate, a top Fed official said on Monday.

Boeing bears down on 737 fuel-savings target

Boeing Co on Wednesday put some finishing touches on a make-over of its popular 737 aircraft as the U.S. planemaker battles with European arch-rival Airbus to deliver fuel savings to airlines hammered by near-record oil prices.

German Model Commits Suicide After Being Targeted By Internet Trolls

A German model who appeared on a cookery show on TV killed herself after being taunted by Internet trolls.Claudia Boerner, 32, was found dead in her apartment after participating in the TV show “The Perfect Dinner” produced by Vox.

New Round Of Iran Nuclear Talks To Target Enrichment

The United States and its allies are pressing for an end to Iran's high-level uranium enrichment and the closure of a facility built deep under a mountain as talks on Tehran's nuclear standoff with the West resume this week.

Shares of Apple (Nasdaq: AAPL) set another record high Tuesday after three more analysts boosted their targets, although none as high as the $1,001 set Monday by Brian White of Topeka Capital Markets. 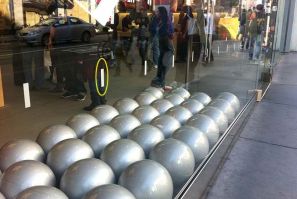 Could Apple (Nasdaq: AAPL) shares trade at $1,001? Analyst Brian White of Topeka Capital Markets see that within 18 months when Apple closes its fiscal 2013. 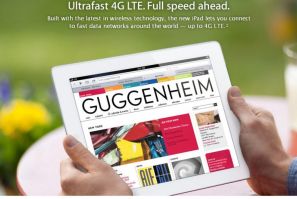 iPad 3 has a target on its back now that competing manufacturers know what its strengths and weaknesses are. Just because the new iPad has a super-high resolution display and a few HD apps some people will want, doesn't mean people will pay $500 for it. That's where companies like Amazon, Google and Nokia come in because they have the best chance to put out a far cheaper tablet that takes dead aim at the iPad. 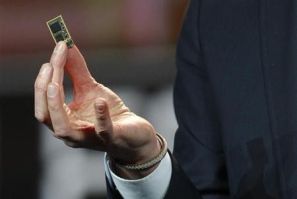 ST-Ericsson is preparing to unveil a major operations revamp within two weeks, placing the troubled mobile chip venture on track for a takeover by a peer or competitor that would create a formidable rival to Qualcomm Inc. 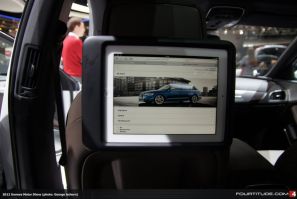 A new trend in luxury sedans and SUVs became apparent at the Geneva Motor Show 2012: iPads in cars. New models and concept cars from Audi, Bentley and Italdesign Giugiaro all featured some form of iPad dock in them at the show.

ST-Ericsson is preparing to unveil a major operations revamp within two weeks, placing the troubled mobile chip venture on track for a takeover by a peer or competitor that would create a formidable rival to Qualcomm Inc. 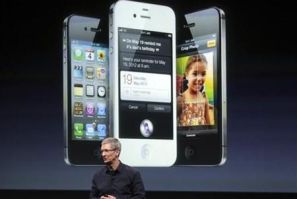 Shares of Apple (Nasdaq: AAPL) kept surging Wednesday even after the company was subpoenaed by Washington after two more analysts raised price targets. 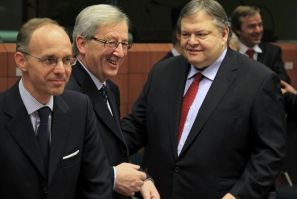