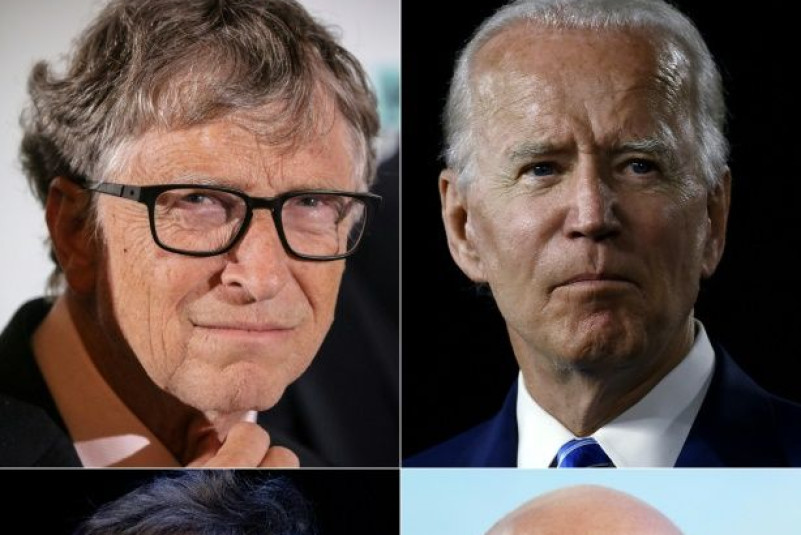 Jeff Bezos vs. Elon Musk: Amazon Founder Advises How To Renovate A Headquarters To Help Homeless

Jeff Bezos, Blue Origins' CEO, had offered some friendly advice to his chief rival SpaceX CEO Elon Musk on how to help the homeless with a renovated corporate headquarters.

Blue Origin announced that Pete Davidson is no longer able to take part in the shuttle's 20th voyage, just days after revealing he would be a special guest on the cosmic trip.

Police did not file an accident report due to the fact that nobody was injured.

"He's boldly going where other people have gone before," George Takei said of his former "Star Trek" co-star William Shatner's recent trip to the edge of space.

Prince William spoke about the fundamental problems with the emerging space tourism industry and climate change with BBC.

William Shatner’s trip to space has been delayed by a day due to weather.

Branson's company touted the July 11 space flight as the "beginning of a new space age."

Amazon Founder Jeff Bezos Will Travel To Space Next Month

Jeff Bezos will be flying to space on July 20, aboard the New Shepard.

Elon Musk mocks Blue Origin following a complaint that SpaceX was named the sole winner of a NASA contract.

Jeff Bezos Net Worth: Super Rich Even After Amazon

Billionaire Jeff Bezos announced he will step down from Amazon's CEO in Q3 of 2021.

Jeff Bezos Steps Down As Amazon CEO, Who Will Replace Him?

Bezos will be handing the reigns to Andy Jassy, a web services developer, who joined Amazon in 1997.

Jeff Bezos has revealed he plans to step down as the CEO of Amazon and will serve in a role on the Executive Board instead.

When the first woman travels to the moon, she will be transported in a launch vehicle created by Jeff Bezos’ Blue Origin space company.

Elon Musk's SpaceX successfully launched astronauts into orbit Sunday in the Crew Dragon spacecraft, embarking upon its core mission of ferrying people to and from the International Space Station.

Why Did Jeff Bezos Sell $3 Billion Worth Of Amazon Shares?

The Amazon CEO offloaded more than $10.2 billion of Amazon shares this year, an increase from the $2 billion in stock sales last year.

The aerospace company hinted that the capsule is 'a couple of flights away' from launching tourists, scientists and astronauts into space.

NASA Plans For Return To Moon To Cost $28 Billion

NASA plans for return to Moon to cost $28 billion

The two industry leaders beat out bids from Northrop Grumman and Blue Point to provide rocket launches to the military starting in 2022.

Jeff Bezos has sold $7.2 billion of his shares in Amazon stock so far in 2020, in part to fund the lunar landing project of his company, Blue Origin.

A newly released congressional appropriations bill could provide private companies such as SpaceX and Blue Origin with the opportunity to carry out commercial spaceflights for NASA missions to Jupiter’s moon Europa.

Heavy work is going into the Starship project of SpaceX in Boca Chica, Texas as borne by a tweet of CEO Elon Musk.

Researchers Turn To Plants To Study Effects Of Space On Humans

Researchers from the University of Florida are looking to investigate the significant impact of space on plants.

An error in contest rules as pointed out by Blue Origin his the Air Force backtracking.
About Blue origin