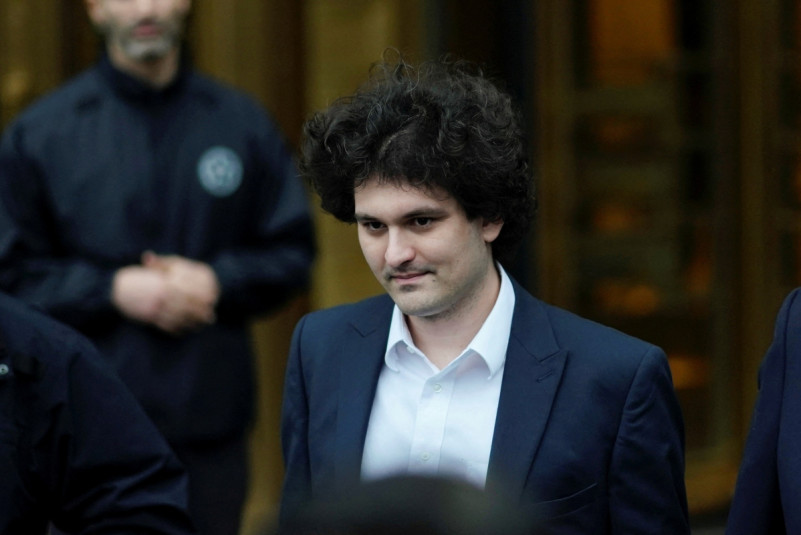 Donald Trump said he would consider pardoning those who participated in the attack on the Capitol on Jan. 6, 2021, if he were elected president again.

The FBI has announced it will raise the reward to $500k for any information leading to the arrest of the suspect who placed two pipe bombs outside the Democratic and Republican national headquarters a day before the Capitol Riots on Jan. 6.

US Congress passed one bill and an addendum Thursday that would grant the Justice Department additional tools to prosecute war criminals.

Universities Move To Ban TikTok In Crackdown Over Cybersecurity Fears

A number of universities across the U.S. are moving to ban TikTok after states signed legislation forbidding the app on government networks and devices.

A police chief in a small Iowa town is facing federal charges after illegally procuring 90 machine guns and selling them for personal profit.

Authorities arrested 21 people suspected of being part of a theft ring that allegedly made millions of dollars from stolen catalytic converters.

The shooting, which took place at Roxborough High School on Sept. 27, killed a 14-year-old kid and injured four others.

A lawyer for former President Donald Trump spoke to the FBI ahead of former Trump advisor Steve Bannon’s decision to submit testimony to the House Select Committee investigating the Jan. 6 Capitol attack.

Delta Airlines Looking To Implement 'No-Fly' List For These Travelers

Aside from being sentenced to more than nine years in prison, 30-year-old Lee Price III must forfeit a Lamborghini Urus luxury sports utility vehicle, Ford F-350 truck and a Rolex watch he purchased with fraudulently obtained COVID-19 business loans amounting to $1.6 million.

The FBI has launched an investigation into Ashley Biden’s stolen diary.

Washington Man Rapes 6-Year-Old While On Vacation In Canada; Gets Sentenced To Jail: Prosecutors

John Timothy Whicher, 63, has pleaded guilty to engaging in illicit sexual conduct in a foreign place.

Michael Wustrow, 59, has been sentenced to jail after sharing child pornography and discussing the subject with other people on social media app Kik.

A couple from Maryland has been accused of violating the Atomic Energy Act.

Man Gropes Sleeping Teen On Plane, Masturbates While Staring At Her: Prosecutors

The 39-year-old man pleaded guilty Wednesday to engaging in sexual contact with a sleeping woman on a flight from Indianapolis, Indiana, to Denver, Colorado, four years ago.

After months of negotiation, bipartisan group of lawmakers could not reach consensus on how to hold police officers accountable.

Police officers are prohibited from using chokeholds on suspects and “no-knock” warrants.

Nicholas Faber, 25, was sentenced to three years in federal prison after he hacked the social media accounts of female students from his alma mater and stole their private nude photographs.

Randy Alan Hamett, 64, was sentenced to a total of 396 months in federal prison after he kidnapped and sexually assaulted his ex-wife in 2017.

Alec Donovan, 24, was arrested Wednesday after he was accused of sharing child pornography online.

Philip Close, 43, was sentenced to 50 years in prison after he pleaded guilty to a 74-count indicment involving child pornography.

A 56-year-old man was sentenced to nearly four years in prison after he attempted to rob a bank in 2019 while using a wheelchair as a prop.

Philly Man Sentenced To Over 22 Years In Prison For Abusing 3-Year-Old, Recording The Acts

A 28-year-old Pennsylvania man was sentenced to 22 years and one month in prison after pleading guilty to several child exploitation offenses.
About Department of justice

Powered & Sponsored by Department of justice