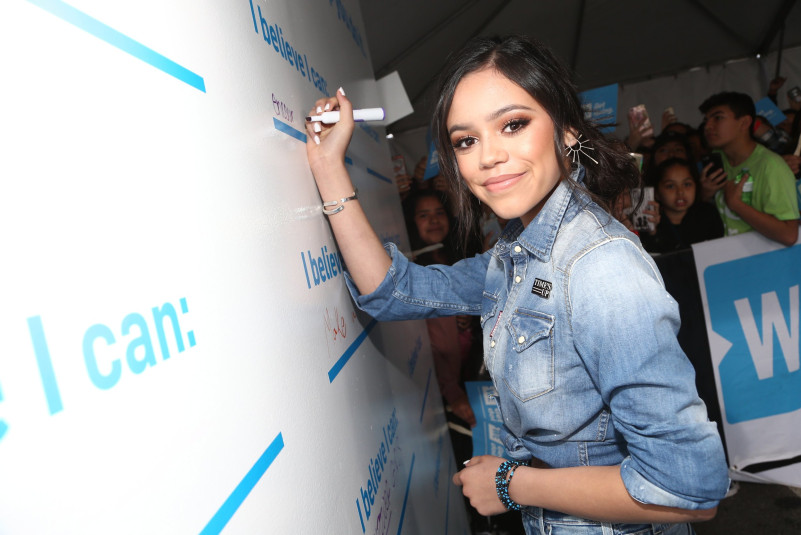 The young talent did not want to be compared with the veteran actress' portrayal of the titular role.

Queen Elizabeth's lifelong friend, Lady Anne Glenconner, was unhappy with the way Netflix's "The Crown" portrayed the members of the royal family.

Prince Harry 'Regretting Much Of What They've Said' In Netflix Docuseries: Broadcaster

Why Prince Harry's Pals In UK Are 'Concerned' Over His Memoir, Docuseries: Royal Expert

Prince Harry reached out to his friends to "drudge up" his most impactful memories to include in his book and docuseries, a royal expert says.

"Love Is Blind" stars Colleen Reed insisted she is not in an abusive relationship with Matt Bolton.

Meghan Markle, Prince Harry Had A Falling Out With Original Director Of Netflix Docuseries: Report

Meghan Markle and Prince Harry originally hired Garrett Bradley to helm their highly anticipated show, according to a report.

"Sr." is helmed by Chris Smith and will release on Dec. 2.

New Movies To Watch On Netflix And In Theaters

From "Black Panther: Wakanda Forever" to "Spirited," here's everything you can watch over the weekend.

Why Is There A Popular Obsession With True Crime? It's Not Just 'Morbid Curiosity

The obsession with murder mystery documentaries like "Making a Murderer" and "The Keepers" may be due to a need to process trauma and negative emotions.

Disney Has Caught Up With Netflix, Amazon And Apple Could Be Next

Video streaming is getting hot as competition for subscribers among big plays heats up, challenging Netflix's dominance in a market it pioneered.

From "My Policeman" to "Enola Holmes 2," here's everything you can watch over the weekend.

From "Behind Every Star" to "The Takeover," here's everything you can watch this month on Netflix.

"It was a story of a gay man and more importantly, his gay victims," Ryan Murphy said.

Christina Applegate On Finishing 'Dead To Me' With MS: 'Going To Do It On My Terms'

Christina Applegate opened up about her diagnosis with MS and its effect on the filming of her Netflix drama "Dead To Me."

Halloween is here. From found curious footage to supernatural cases, Netflix has some of the best horror movies to watch during the spookiest time of the year.

How Did Evan Peters Prepare For Role As Jeffrey Dahmer? Actor Stayed In Character For 'Months'

New Movies To Watch This Weekend On Netflix And In Theaters

Your weekend will never be dull, thanks to these movies.

"Bad Crimes," an adult-animation series about two FBI agents, has been canceled mid-production by Netflix.

New Movies To Watch On Netflix, Hulu, Apple TV+ And In Theaters

From "Black Adam" to "Ticket to Paradise," here's everything you can watch over the weekend.

Struggling to compete in the crowded digital streaming industry, Netflix will release a new ad-supported subscription option in November for $6.99 a month.

Meghan Markle Gives Rare Update On Docuseries, Suggests It's Going To Be Different

Meghan Markle briefly talked about her and Prince Harry's upcoming docuseries in her interview with Variety.

'From Scratch': What Zoe Saldana And Reese Witherspoon Think About New Netflix Series

"I don't know if there's a lot of romance in the world right now," Reese Witherspoon said.

'Bling Empire' Season 3 Cast Net Worths: Who Is The Richest?

Check out the estimated net worth of the cast members of the Netflix reality TV show "Bling Empire."

With more than 220 million subscribers at home and abroad, the company is approaching the limits of the streaming market.

Kinsey Schofield suspects that Meghan Markle may be gearing up for her latest big role.

Prince Harry, Meghan Markle's Netflix Docuseries Will Air In December Despite Claims It Will Be Postponed

The Netflix producers are reportedly pushing Prince Harry and Meghan Markle's docuseries for release later this year despite reports claiming it would be delayed.

Prince Harry Contradicts What He, Meghan Markle Say In Netflix Docuseries In His Memoir: Report

Prince Harry's memoir is inconsistent with his and Meghan Marke's stories in their Netflix docuseries, according to an insider.
About Netflix