An Algerian official has confirmed that Air Algerie Flight AH5017, which went missing between Burkina Faso and Algiers, has crashed.

An Air Algerie plane, with 116 people on board, is believed to have crashed in a remote region near the Algeria-Mali border.

Germany Given Top Odds To Win Next World Cup

The 2018 World Cup betting odds have been released a day after Germany won the 2014 championship.

Was Brazil 2014 The Greatest World Cup Ever?

Whether this was the greatest World Cup ever will be long debated, but what is clear is that it was a tournament that made the World Cup great again.

German and Argentinian goalkeepers Manuel Neuer are Sergio Romero, respectively, have the weight of their home countries on their shoulders in Sunday's World Cup final in Rio de Janeiro.

World Cup Final: How The 2 Teams Match Up

Argentina and Germany have both improved as the tournament has progressed, but how do they match up heading into the 2014 World Cup final?

Argentina And Germany Strike Right Balance Ahead Of Final

Both Argentina and Germany have found the right balance ahead of their meeting in the 2014 World Cup final.

Joachim Low’s side should be wary of overconfidence when they have such a deep World Cup history with Argentina.

The changes Germany coach Joachim Löw has made to his team improve their chances of avoiding three-straight World Cup semifinal exits.

The Barcelona striker will miss the rest of the World Cup, and Brazil next squares off against a formidable German side in the semifinals.

An early header from Mats Hummels proved enough to hand Germany a 1-0 win over France.

Germany's lineup appeared to be relatively unaffected by the flu symptoms coach Joachim Low said could impact as many as seven of his team's players.

Germany Expected To Advance Past France

Germany and France are set to meet in the quarterfinals of the 2014 World Cup.

7 German Players Have Flu Symptoms On Eve Of France Match

World Cup: Seven German players are reportedly suffering from flu-like symptoms on the eve of the team's showdown with France.

Germany again faces a team with reason to seek revenge for events at the 1982 World Cup, when they take on France in the quarterfinals.

Eight teams now have a semifinal place in the 2014 World Cup in their sights.

A History Of Belgium And The US In Space

Ahead of the World Cup match between the U.S. and Belgium, the two countries share a healthy partnership aboard the International Space Station. 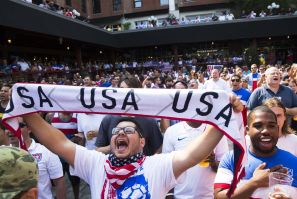 Can The US Beat Belgium?

Prior to the start of World Cup 2014, there was ample talk about Belgium being a dark horse to win the title. They're also very beatable. 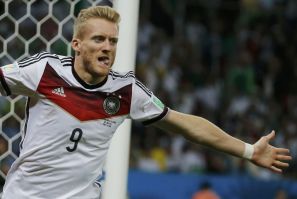 Extra-time goals from Andre Schürrle and Mesut Özil gave Germany a tense 2-1 win over an impressive Algeria in their World Cup Round of 16 match. 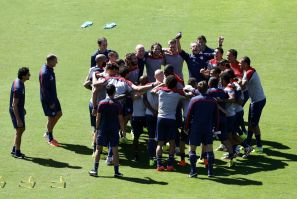 With Fresh Ambition, US Prepares For Belgium

The United States will take on Belgium in the Round of 16, with ambitions now raised of making a deep run in the 2014 World Cup. 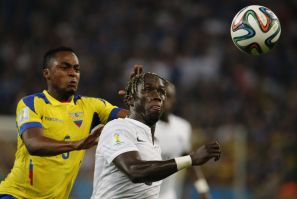 This year, the Islamic holy month of Ramadan coincides with the World Cup for the first time since 1986. 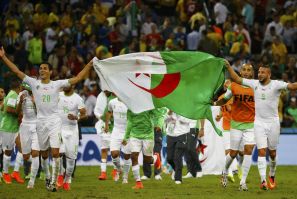 Algeria Out For Upset And Revenge

Algeria will be targeting a famous upset as well as revenge when they take on Germany in the Round of 16 at the 2014 World Cup. 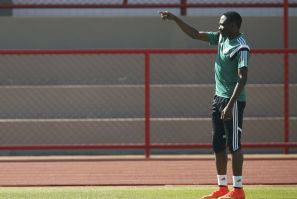 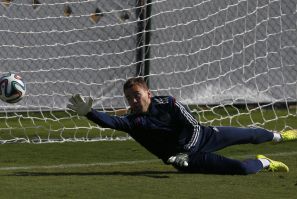 The manager of Russia's national team blamed his squad's Thursday World Cup loss to Algeria on a fan's laser pointer.
Latest news
Predictions For Every 2nd Round World Cup Match
Russia's Kokorin Nets Stellar Goal, But Algeria Comes Back
Most Of Round Of 16 Set
US Advances To Play Group H Winner
Red Devils Still Trying To Catch Fire
EDITOR'S PICK