Tesla has received a request from the Justice Department for information regarding its "Full Self-Driving" and Autopilot features.

General Motors Co shares jumped early on Tuesday after it reported higher net income for the fourth quarter, forecast stronger-than-expected earnings for 2023 and said it would cut $2 billion in costs.

Memphis prosecutors could bring more criminal charges against police officers and others involved in the events leading up to and following the fatal beating of Tyre Nichols, the county district attorney said in a statement on Twitter on Tuesday.

U.S. Earnings Run Ahead Of Estimates, Even As Execs Voice Caution

The companies that produce goods at the heart of the U.S. consumer economy - SUVs, washing machines, heavy equipment and hamburgers - kept rolling along at the end of 2022.

The United States and its allies will impose further sanctions on Myanmar on Tuesday, marking the two-year anniversary of the coup with curbs on energy officials and members of the junta, among others.

Spotify Technology SA on Tuesday forecast that the number of listeners would reach 500 million in the current quarter as it reported fourth-quarter results that beat expectations for both active users and subscribers.

The zoo officials are suspecting foul play behind the disappearance of the monkeys.

The stolen food included 11,000 cases of chicken wings, which have never been served to students because they contained bones, prosecutors said.

Exxon Mobil Corp posted $59 billion in adjusted profit for 2022, the company said on Tuesday, taking home more than $6.7 million per hour last year, and setting not only a company record but a historic high for the Western oil industry. 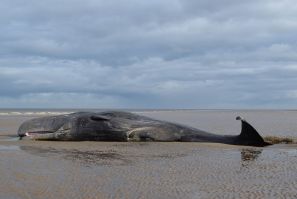