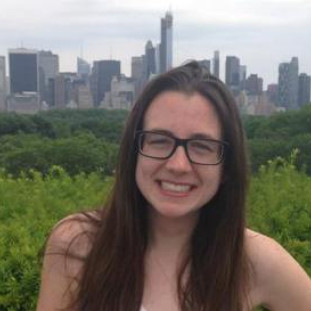 Jack Dorsey spoke on the "Today" show Friday about his company's 10th anniversary.

At SXSW, the sci-fi director shared why he thinks his friend Andrew Jarecki's app is better than Snapchat.

The 2016 presidential election was a big factor in NowThis, a company focused on social sharing, becoming part of Snapchat's network of media partners.

Is Apple vs. FBI ‘Groundhog Day’ For Tech? Facebook, Google And Microsoft Debate The Case For Privacy

As the tech company and the U.S. government wrestle over encryption issues, many industry players say they've seen this all before.

Obama At SXSW Is ‘Confident’ That Apple vs. FBI Case Can Be Solved; Calls On Tech Industry To Help Combat ISIS Recruitment

At SXSW in Austin, Texas, the president called for more collaboration with Silicon Valley in addressing privacy concerns and countering ISIS recruitment.

What Happened To Meerkat? From Hype-Ball To Pivot In Just One Year

The darling of last year’s SXSW, Meerkat was going to bring live streaming to the masses. Too bad Twitter and Facebook had other plans.

The 2-year-old network, popular at high schools and colleges, has added personal handles in a step away from anonymity.

Diego Dzodan was detained by Brazilian authorities Tuesday after his employer did not comply with a court order to hand over WhatsApp data.

The social network is claiming to be the easiest mobile presence for small businesses.

Trump, Clinton Dominate Facebook Conversation On Super Tuesday In All States Except One

Meanwhile, Bernie Sanders garnered the most conversation on the social media network in just one place — his home state of Vermont.

YouNow stars will broadcast interviews from the teal carpet at the Shorty Awards, the "Oscars of social media," in April.

The hip-hop artist and producer uses his ‘SuperPhone’ to stay in constant contact with 45,000 fans.

The community of 1.59 billion users have thrown a range of emotions even wider than "love," "haha," "sad," "angry," "wow" emoticons.

With Canvas, Facebook Ads Can Now Take Over Your Entire Phone

About three-quarters of ads on Instagram, Facebook’s photo-sharing app, are sold outside the U.S.

The Science Behind Facebook’s New Reactions: Why Mark Zuckerberg Said Nay To A ‘Yay’ Button

With "Reactions," the social networking company plans to help its 1.59 billion users express love, sadness, anger and other emotions.

The Wall Street Journal shared what it does and does not share on Snapchat to an audience at Social Media Week Tuesday.

The microblogging site created a new app called Fabric -- but it may not be for you. Twitter is looking to help app developers.

A new birthday lens requires Snapchat users to share their age with the mobile app.

A birthday camera allows users to record 15 seconds of video on a friend’s timeline.

The storytelling app is now letting anyone, not just businesses, create and buy geofilters.

The location-based app is hoping to sell data and insights to advertisers who want to track online to in-store sales.

How Marco Rubio’s Campaign Follows People On The Internet, Creates Its Own Viral Buzz

The Florida senator, who hopes to win Saturday's GOP primary in South Carolina, has paid more than $700,000 to a digital team in Charleston.

A group called Fight for the Future is organizing events for Tuesday in more than 30 cities to support the tech company's stand against the FBI.

Secret-sharing app Whisper determined the 10 kindest cities in the United States based on millions on posts sent over the last year.

Donald Trump may not be a successful global business entrepreneur. About 93 percent of his wealth is in America.

Volvo is recalling cars with faulty software that can cause the engine and electric system to shut down briefly; no accidents have been reported.

As South Carolina's Republican voters head to the polls Saturday, no clear winner is predicted by polls and analysts.

As their walkout entered its third week, South Korean truckers realised their bid to widen and make permanent a government scheme on minimum freight rates was failing as public support waned and President Yoon Suk-yeol refused to budge.