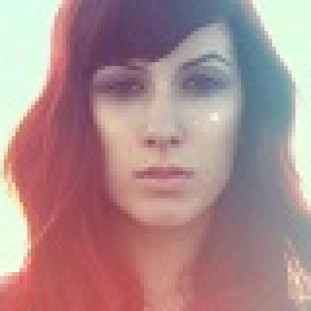 Lisa Eadicicco is a reporter covering mobile technology and video games for The International Business Times. Lisa joined the editorial team at IBT in January 2012, and has previously contributed to publications such as The New York Daily News, Guitar World and Back Stage before covering technology. She graduated from SUNY Purchase in 2012 with a Bachelor of Arts in journalism, and is currently living in Queens, NY.

Samsung's Galaxy S4 may be months away from its release date, but new rumors hint that the company will launch its next flagship for Verizon.

The iFixit team delved deep into Microsoft's Surface Pro tablet only to find that the machine is barely repairable.

Wal-Mart is offering some noteworthy discounts for Samsung's Galaxy Note 2 and Google's Nexus 4. The Note 2 will sell for almost $100 less than carrier T-Mobile charges after a mail-in rebate, and the Nexus 4 will be seeing a price cut of $52.

Samsung recently launched a miniature version of its Galaxy S3 in the UK, and now the manufacturer may do the same with its next-generation release.

Valentine’s Day Gift Guide 2013: 7 Nerdy Ideas For Him And Her [PHOTOS]

Valentine's Day is right around the corner, and if you're stumped about what to get for your tech-savvy or gamer significant other, check out our list.

Nvidia's Project Shield is still months away from its release date, but the company just revealed a video sneak peek of what players can expect in terms of gameplay.

Rumors indicate that Samsung could implement a new display that can be navigated without being touched with its Galaxy S4.

Last month, we heard that Microsoft's Surface Pro would come with significantly less storage space than advertised. However, those estimates fell slightly below the actual capacity users will find on the tablet upon launch.

Nexus 4 Price Drops For T-Mobile Users: Phone In Stock For $115 Discount At LetsTalk

Online reseller LetsTalk just announced a significant discount for those looking to purchase a Nexus 4 and use it on T-Mobile's network.

As Valentine's Day approaches, a pink version of Samsung's flagship Note 2 has appeared on its Taiwanese website.

In an interview with Edge Magazine, an alleged source with ties to the Xbox 720 revealed information about what players can expect from Microsoft's next console.

On Wednesday, the Android 4.1.2 Jelly Bean update rolled out for Galaxy Note 2 users in Canada, bringing a slew of Premium Suite features to the second generation "phablet."

Samsung launched a miniature version of its Galaxy S3 in the UK back in November, and now T-Mobile may be seeing that same phone under a different name come March.

'Skyrim' DLC Release Dates For PS3 In Europe Revealed, But Some Nations Will Have To Wait Longer

Earlier this week, Bethesda has officially announced the release dates for Skyrim's first three DLCs in Europe. However, Germany, Italy, Spain and France will have to wait a bit longer.

While PS3 players are still waiting to get their hands on the three currently available Skyrim DLC packages, Bethesda may be prepping to launch a fourth expansion pack for its wildly popular action-adventure role-playing game.

Earlier this week, launch information concerning Android 5.0 allegedly leaked online, but Qualcomm ordered these reports to be retracted soon after.

BlackBerry 10 Features: A List Of What’s New In BB10, From The Improved Keyboard To Flow And Gesture Swipes [VIDEOS]

BlackBerry unveiled its refreshed mobile operating system earlier this week, and here's a look at what users can expect from the new software.

How To Avoid Phishing: 8 Tips To Protecting Your Digital Identity

The New York Times and The Wall Street Journal said this week that their computer systems have been infiltrated by Chinese hackers. While these types of unwanted intrusions can happen to anyone, there are measures you can take to protect your digital identity.

Google seems to have restocked its U.S. Google Play store, but that may not be the only surprise in store for Nexus 4 fans. Photos of the flagship smartphone in white have allegedly leaked online earlier this week.

Microsoft has announced that it will hold a special Surface Pro launch event at Best Buy on Feb. 8, one day before the tablet's official release date.

BlackBerry 10 Release Date Revealed: Price And Launch Details For The US, UK And Canada

The world's first BlackBerry 10 smartphone, the Z10, will make its way to the U.S. in March after launching in other markets next month.

Verizon has announced that it will be discontinuing the 32GB version of Samsung's flagship smartphone, the Galaxy S3.

On Wednesday, Jan. 30, RIM took the stage to commemorate the launch of its revamped BlackBerry 10 platform.

Samsung UK has posted a features guide for Android 4.1.2 Jelly Bean on the Galaxy Note, alluding that the anticipated update could launch soon.

Microsoft said in a statement on Monday that the 128GB Surface Pro tablet will only come with 83GB of usable storage.

A screenshot from a UK electronics retailer hints at the price from the upcoming BlackBerry Z10 handset.

Nexus 4 Sold Out Again In US, Google CEO Says Supply Shortages Are A 'Priority' For The Nexus Team

The publisher of a photo appearing online Sunday has claimed it depicts components of two unreleased Apple smartphones.

French and Malian forces have begun restoring government control in the town of Timbuktu.

Art Of Noise: UK Project Aims To Save Lost Sounds

Art of noise: UK project aims to save lost sounds

This is truly an exciting time because the next customer-experience titans — the next Adobe, Salesforce and Zendesk — are being created now.

'There Is No Future': Lebanon's New Poor Face Long-term Stagnation

Unemployed and unable to support his family of four, Hussein Hamadeh, 51, now spends his days trying to find help to weather a protracted economic crisis that some Lebanese fear has become the new norm.

Election officials on Friday reported heavy turnout in Georgia on the last day of early voting ahead of the Dec.

Divorce has cost several famous personalities hundreds of thousands to billions of dollars over the years.

There are several holiday episodes of popular TV shows that can be streamed on Netflix for Christmas.

Watch The 'A Fabled Holiday' Trailer