NBC has canceled its musical drama 'Smash' after its second season. The network also announced cancellations of 'Go On,' 'Deception' and several other series.

Why Is Jason Aldean Getting A Divorce? Country Singer Files For Divorce From Wife

Kim Kardashian opened up about her painful pregnancy during an interview with Ryan Seacrest.

"American Idol" judge Nicki Minaj revealed a guy will not win this season of the singing show.

Kellie Pickler Impresses 'Dancing With The Stars' Judges With Jazz Performance; Who Will Get Sent Home On 'DWTS?'

Kellie Pickler impressed the "Dancing With The Stars" judges with her jazz performance, but will it be enough to keep her on "DWTS?"

Mariah Carey reportedly suffered an embarrassing wardrobe malfunction at an event over the weekend when photos showed a "nip slip" from her tight dress.

Kellie Pickler Dreamed Of Being On 'Dancing With The Stars:' I've Wanted To Be On The Show For Awhile Now

Kellie Pickler expressed that being on "Dancing With The Stars" is a dream come true.

Why Did Steven Tyler Go Drag For 'Dude Looks Like A Lady' Style 'American Idol' Audition?

Former "American Idol" judge Steven Tyler showed up to the show in drag to try and pull off his best "dude looks like a lady" impression.

While political pundits discussed President Obama’s second inaugural address and speculated who would run for president in 2016, much of the Internet was preoccupied with photobombs from former President Bill Clinton, Sen. Charles Schumer, and Malia Obama.

How Soon Will Fox's Aging ‘American Idol’ Be Canceled?

Season 12 of "American Idol" premiered to the lowest ratings for a season premiere of the franchise. Is the Minaj and Carey feud to blame?

Nicki Minaj stopped by the "Tonight Show" with Jay Leno and discussed Mariah Carey, "American Idol," her temper, and more!

Mariah Carey earlier this week showed off her flat stomach and toned legs in a red bikini.

"American Idol" star Kelly Clarkson has widely been rumored to be a lesbian, but instead of being offended she takes it as a compliment. 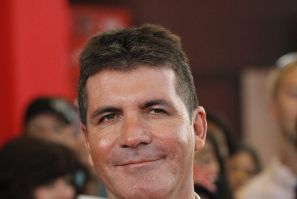 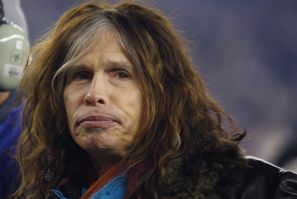 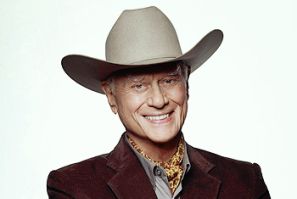 What Becomes Of JR Now That Hagman Is Dead?

Many fans’ love-hate relationship with J.R. Ewing turned to sadness with the news that “Dallas” actor Larry Hagman had died on Thursday night due to complications from cancer. He was 81.

Nicki Minaj is "scared" how she will appear as a judge on "American Idol."

Nicki Minaj Opens Up About Her Feud With Mariah Carey