The first round of Teen Choice Awards 2012 nominations has been announced and the CW's hit The Vampire Diaries is leading the pack. The show, starring Nina Dobrev and Ian Somerhalder, scored six nominations total.

Multiple sources are confirming that Jennifer Lopez is leaving American Idol. E! News is reporting that Lopez is just too busy for the show, citing a close source to Idol judge.

Here are all the athletes that made the 2012 Forbes Top 100, with their ranking on the list and amount of money they reportedly earned in the past few years.

Jennifer Lopez, otherwise known as the most powerful celebrity in the world, might bid adieu to American Idol after this season. J. Lo told appeared on The Ellen DeGeneres Show with Cameron Diaz to promote her new film What to Expect When You're Expecting and she hinted at possibly leaving American Idol.

He's also lowered the asking price for his home.

Can they do it?

CSI: Miami, Desperate Housewives and House are among the cancelled shows axed from the 2012 primetime roster. News of these and other cancelled shows spread on Monday as dismayed fans said goodbye to their favorite series.

'American Idol' Jessica Sanchez Wows The Competition With 'And I Am Telling You: Her 5 Best Performances To Date [VIDEOS]

Jessica Sanchez has been wowing the judges and audience - and the competition -- on American Idol ever since the 16-year-old, California native hit the stage back in January.

Somewhere amid all the anger and glee of Obama's same-sex marriage comments, the Visit North Carolina Facebook page found itself the soap box for anyone and everyone with a message.

It came down to four finalists and in the end it could only be one. On last night's episode of The Voice, host Carson Daly announced Jermaine Paul as the winner of the vocal competition.

Randy Jackson, Michael Jackson's brother, (not to be confused with that other Randy Jackson, the American idol judge) says the gloved one never tried to orchestrate a hit on him as MJ's bodyguard claims.

Can We Talk About ?The Cabin In The Woods? Yet? Crossing The Thorny Terrain Of Spoiler Etiquette

When is a spoiler not a spoiler?

The album will be Morissette's first release in for years.

Miranda Lambert And Blake Shelton Take To Twitter In Response To Eric Church Comments, 'Thanks Eric Church For Saying I'm Not A Real Artist.' [PHOTOS]

Miranda Lambert and Blake Shelton have fired back to the negative comments made by fellow country star Eric Church in his recent interview with Rolling Stone, according to a report in The Tennessean. Church, in the Rolling Stone interview, criticizes both the judges and contestants on shows like American Idol and The Voice, on which Shelton is a judge.

The Wanted To Christina Aguilera: She's A 'Total B*tch' [VIDEO]

Elise Testone was eliminated from American Idol last night and now that the competition is down to the final five, who is favored to win Season 11 of the show?

'Bohemian Rhapsody': A Video History Of The Viral Sensation

The 1975 hit single is everywhere these days. 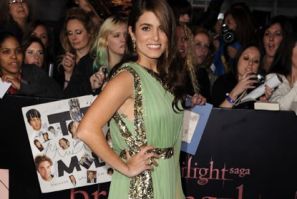 ?Twilight? actress Nikki Reed may be conjuring up Twitter drama with her co-stars once again. The 23-year-old actress allegedly tweeted about the vampire sensation stars Robert Pattinson and Kristen Stewart at Coachella, according to E! Online. 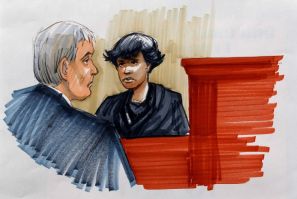 William Balfour is on trial for murder. 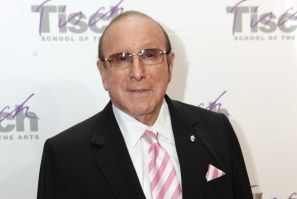 Dick Clark passed away at the age of 82 Wednesday morning from a massive heart attack. Since his death celebrities have shown their outpouring of love for the American Bandstand originator. Last night at the Tisch Gala in New York City Sony Music Entertainment CEO, Clive Davis, reflected on Clark and his impact on music. 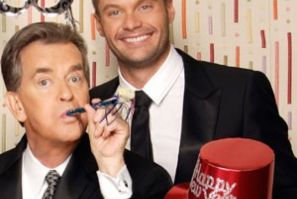 Ryan Seacrest Wednesday kicked off the American Idol show with a tribute to his personal idol Dick Clark, who passed away on the same day. 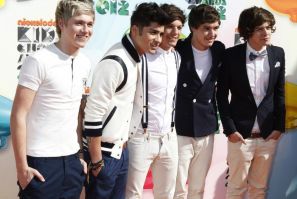 One Direction Troubles: Run-In With The Wanted, Sued By California Band And More

One Direction, Simon Cowell's British boy band, is heating up. The band's popularity is skyrocketing as the boys gain more and more fans worldwide. But with fame often comes troubles and One Direction has already had a few, one of them involving fellow boy band The Wanted. Jessica Sanchez: What Are Her Odds Of Winning 'American Idol' After Save?

Is Jessica Sanchez in trouble after needing a judges' save on American Idol? Sanchez is given 3-to-1 odds to win American Idol 2012, according to website bovada.lv. 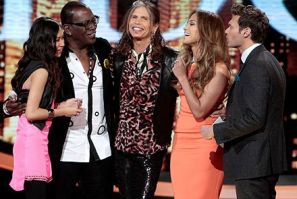 American Idol Save: Jessica Sanchez Saved By Judges After Shockingly Ending Up In Bottom Three: 'This Girl Is One Of The Best Singers In America Ever' [PHOTO] [VIDEO]

Jessica Sanchez delivered a flawless rendition of Whitney Houston's I Will Always Love You and Beyonce's Sweet Dreams this season on American Idol, but it didn't save her from ending up in the bottom three on last night's show.
Latest news
Rihanna And Chris Brown Back Together? RiRi 'Wowed' By 1D's Harry Styles
Britney Spears To Join X Factor For $15 Million To Be The Highest Paid Judge Ever? Other Highly Paid Judges In Reality Shows
Britney Spears To Join X Factor: Will Net $15 Million To Judge The Reality Singing Competition
Betty White Twitter: 90-Year-Old Racks Up 100,000 Followers Overnight, Sends Flirty Tweet to Ryan Seacrest
Chris Daughtry Sued: Ex Band Members of Absent Element to Sue Former ‘American Idol’ Finalist
EDITOR'S PICK