Her last location was around 23 miles away from where she taught at Tucson High Magnet School.

Phoenix Woman Sent 159,000 Messages To Man Who Rejected Her

Jacqueline Ades, 31, from Phoenix, Arizona arrested for trespassing into the victim’s home, sent 159,000 text messages in a span of 10 months including some intimidating ones.

Former Arizona Cardinals safety Kwamie Lassiter died on Sunday. He was 49-years-old at the time of his death.

According to initial investigation, the teen’s cause of death was ruled to be accidental, caused by a 700-feet plunge from the overlook.

The Marshal was involved in a standoff with the suspect, Ryan Schlesinger, 26, who was wanted by the police for allegedly stalking a law enforcement officer.

Kyrsten Sinema was raised as a Mormon, but is no longer affiliated with any church. However, she does not describe herself as an atheist.

Yvonne Woodard, 65, died after her grandson approached her from behind the couch in the living room Saturday and shot her in the head.

The police said the mother was the only suspect in the incident for now.

A man who escaped from house arrest after cutting off his ankle monitor was arrested on Wednesday.

There were reports of migrant children being sexually abused by the employees at multiple facilities run by Southwest Key.

What We Know About The ‘Sister Wives’ Move To Arizona

Here’s everything we’ve learned about the “Sister Wives” family since their move to Arizona.

The crashed aircraft was described as being "fully involved" in fire and completely destroyed.

A new report suggested that Waymo self-driving vans still have trouble making left turns and merging into traffic on highways.

Why Are The 'Sister Wives' Moving To Arizona?

There are several reasons why the Brown family could be relocating to Arizona.

Walmart will partner with self-driving firm Waymo to bring grocery shoppers to and from one store in Arizona as part of a pilot program.

The floods caused multiple vehicles to be stuck in water in areas such as Cottage Street. Several traffic lights stopped working, power was knocked off and underpasses became treacherous in the city.

Uber laid off dozens of employees in Pittsburgh following a fatal self-driving vehicle crash in Arizona earlier this year. 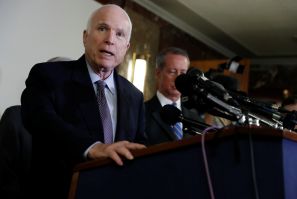 Responding to the honor, Sen. McCain said: “I am deeply honored to be added to the name of the naval destroyer USS John S. McCain. … I hope the generations of sailors who will serve aboard the USS McCain will find the same fulfillment that my family does in serving a cause greater than oneself.” 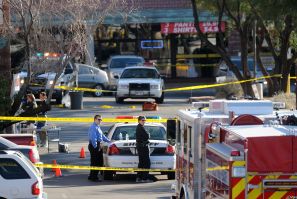 Arizona Couple Suspected To Have Stolen Car, Chased, Shot At By Police

“We have witnesses that observed that vehicle pick up a 13-year-old. We later learned that the 13-year-old was their son,” Duran further said. 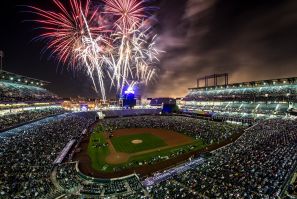 If You’re going to be in the “Valley of the Sun” this Fourth of July, this schedule of events is your perfect guide to the festivities. 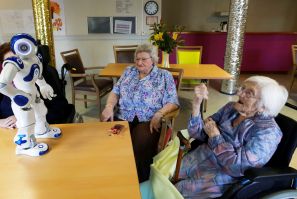 "You took my life, so I'm taking yours," Blessing reportedly said while being escorted from her home. 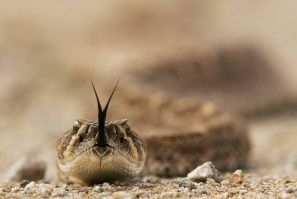 It was only when Todd jumped in front of Godwin, and got bitten by the snake in the face that she heard the reptile make the rattling sound. 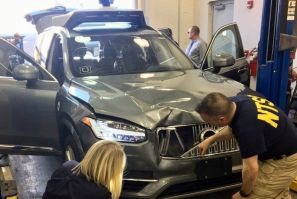 A 318-page report from the Tempe Police Department, released late Thursday said the driver, Rafaela Vasquez, repeatedly looked down and not at the road. 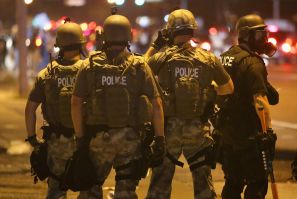 As part of the ongoing investigation into the incident, three officers and a sergeant — who were seen on the surveillance footage — were placed on administrative leave.
Latest news
Kelly Sadler Who Mocked McCain Exits White House
American Airlines Flight Diverted Due To Bad Weather
Uber Suspends Self-Driving Operations In Arizona
White House Communications Team To Undergo Changes
US Border Patrol Failed To Provide Accurate Data On Migrant Deaths
EDITOR'S PICK