It's said to be the largest quake to be logged on another planet.

QuakeCon Will Be All Digital On August 7-9

Four months after canceling the in-person QuakeCon because of the global pandemic, QuakeCon at Home will instead be all-digital this August

Anchorage, Alaska, was shook by a 7.0 earthquake at approximately 8:30 a.m. Friday morning, creating damage to roads, bridges, and businesses in the city.

Small tectonic aftershocks were detected near the site of North Korea's largest underground weapons test to date, which occurred in September.

The quake struck off the coast of Chiapas, with its epicenter 76 miles southwest of the town of Pijijiapan, triggering a tsunami warning.

Everyone Can Now Play 'Quake Champions' For A Limited Time

'Quake Champions' will launch an open beta where any player can play for a limited time later this week.

Developer id Software will start a closed beta for its new first-person PC shooter 'Quake Champions' next month and players can still sign up. The beta release date is next week.

Radiation At Fukushima Is At 'Unimaginable' Levels

Nepal Begins To Rebuild, A Year After Earthquakes

Nepal created a National Reconstruction Authority in December, and its work will continue over the next five years at an estimated cost of $8 billion.

Death Toll At 77 After Ecuador Earthquake

Saturday’s magnitude-7.8 quake along the country’s Pacific coast was followed by 55 aftershocks.

Damage caused by the magnitude-6.4 quake that struck the island nation Saturday included the collapse of a 17-story apartment building in the city of Tainan.

Oklahoma earthquakes in 2014 are on the rise amid a fracking boom that scientists think might be partly to blame.

GameSpy, which has been used by players since 1997, will shut down its services for good on May 31.

The "League of Legends" champion and skin sale will run Sept. 10-13. 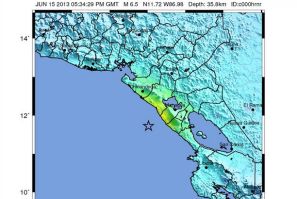 On Tuesday, Bethesda Softworks, developer of "Dishonored," "The Elder Scrolls V: Skyrim" and more, announced that "Wolfenstein: The New Order" is in development. 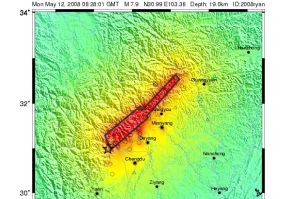 China Earthquake Fifth-Largest To Shake Sichuan In Past 90 Years

U.S. Geological Survey data indicate the temblor this weekend was the fifth-largest to pound the province since 1923. 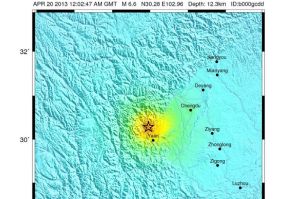 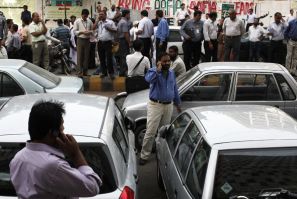 Iran, Papua New Guinea and Oklahoma all experienced earthquakes on the same day. 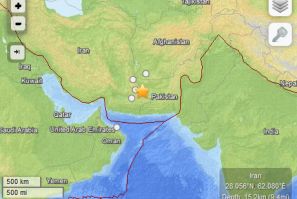 Early reports indicate at least 45 deaths, in Pakistan and Iran, in Tuesday's 7.8-magnitude earthquake in Iran.