Rihanna shared first glimpses of her baby boy in a TikTok video on Saturday.

The Buffalo Bills and Tampa Bay Buccaneers are favored to meet in the Super Bowl.

The former NFL player’s cause of death was not disclosed.

Aaron Donald is holding off on retirement to give it another go-around with the Los Angeles Rams.

The Ravens have retooled their secondary with new weapons in just one offseason.

Tom Brady Reveals Why He Put Off Retirement

Tom Brady sheds light on his decision to come out of retirement.

Stephon Gilmore may find himself in another Super Bowl championship run with the Los Angeles Rams.

The Los Angeles Rams could be adding another big name soon, with reports that they are in talks with Stephon Gilmore.

The Baltimore Ravens are aware of their issues, but the center position might not be a big concern.

The Buffalo Bills have a Super Bowl appearance in their sights with Stefon Diggs leading the charge.

Prince Harry checked out the Vince Lombardi Trophy in the Rams locker room after the team's Super Bowl LVI victory over the weekend.

Several Twitter users wondered where Meghan Markle was because they didn't see her with Prince Harry and Princess Eugenie at the Super Bowl LVI.

'Lord Of The Rings: The Rings Of Power' Teaser Trailer Unveiled At Super Bowl

The first teaser trailer for the upcoming fantasy television series introduces characters never seen in the original trilogy before. 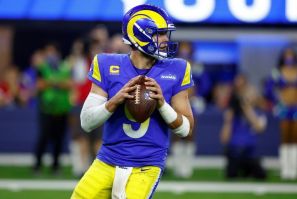 The weight on Los Angeles Rams quarterback Matthew Stafford has finally been removed. 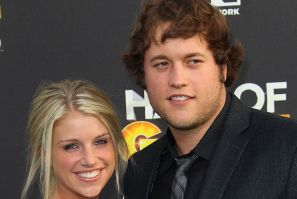 Matthew Stafford has been off the market for a long time. 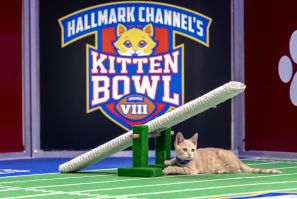 Why Hallmark Canceled The Kitten Bowl

Animal lovers were left disappointed after the Hallmark Channel revealed it canceled the annual Kitten Bowl. 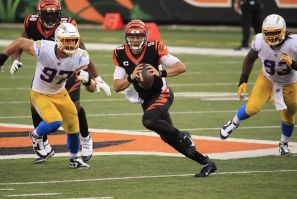 The Super Bowl quarterback does not have a wife, but he is off the market. 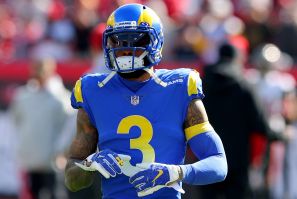 Who Do Some Of The Star Bengals And Rams Players Date?

Ever wonder about the women behind some of your favorite football players? Take a look at the women who call themselves the wives and girlfriends of this year's Super Bowl star players. 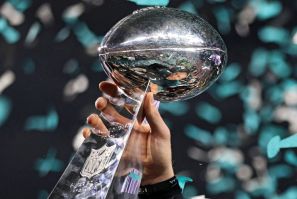 How Much Does It Cost To Show A TV Ad During The Super Bowl?

What is the exact price tag companies are willing to pay for a spot in the Super Bowl commercial line up? 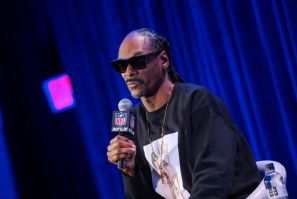