Autism is a disorder of neural development characterized by impaired social interaction and communication, and by restricted and repetitive behavior. These signs all begin before a child is three years old. Autism affects information processing in the brain by altering how nerve cells and their synapses connect and organize; how this occurs is not well understood. It is one of three recognized disorders in the autism spectrum (ASDs), the other two being Asperger syndrome, which lacks delays in cognitive development and language, and Pervasive Developmental Disorder-Not Otherwise Specified (commonly abbreviated as PDD-NOS), which is diagnosed when the full set of criteria for autism or Asperger syndrome are not met.

Autism has a strong genetic basis, although the genetics of autism are complex and it is unclear whether ASD is explained more by rare mutations, or by rare combinations of common genetic variants. In rare cases, autism is strongly associated with agents that cause birth defects. Controversies surround other proposed environmental causes, such as heavy metals,pesticides or childhood vaccines; the vaccine hypotheses are biologically implausible and lack convincing scientific evidence. The prevalence of autism is about 1–2 per 1,000 people; the prevalence of ASD is about 6 per 1,000, with about four times as many males as females. The number of people diagnosed with autism has increased dramatically since the 1980s, partly due to changes in diagnostic practice; the question of whether actual prevalence has increased is unresolved.

Parents usually notice signs in the first two years of their child's life. The signs usually develop gradually, but some autistic children first develop more normally and then regress. Although early behavioral or cognitive intervention can help autistic children gain self-care, social, and communication skills, there is no known cure.  Not many children with autism live independently after reaching adulthood, though some become successful. An autistic culturehas developed, with some individuals seeking a cure and others believing autism should be accepted as a difference and not treated as a disorder

Specialists weigh in on whether fidget spinners, the latest new toy, can help you feel less anxious or more focused.

Mapping Of Genomes Leads To Breakthrough Study On Autism

Researchers conducted the largest genome study ever and found which genes cause autism to vary in patients.

Do Parents Weigh The Common Good In Vaccine Choices?

Some parents seem to immunize their children because of the potential benefits to others, but whether or not this is a common motivator is largely unknown, researchers wrote.

More than 95 percent of kindergartners were vaccinated for diphtheria, tetanus, acellular pertussis, polio and hepatitis B, meeting federal guidelines, the Centers for Disease Control and Prevention said in a new report.

In the past few decades, scientific breakthroughs are increasingly coming from older scientists. But young people still make astounding discoveries, and some institutions, including science fairs and the U.S. government, aim to encourage budding researchers to keep at it.

The Anger Management actor bid adieu to his almost 8 million followers on the social-networking site Friday.

Small Babies At Higher Risk Of Autism, Not Asperger

After accounting for the mother's age, smoking, number of previous births and other factors, researchers found an increased risk of autism, but not Asperger syndrome, in preemies and babies that were very small at birth.

Jenny McCarthy Bares It All (Again) For Playboy At Age 39

Jenny McCarthy got her start as a Playboy model so it makes sense that, just months away from turning 40, the 39-year-old mother-of-one decided to bare it all for the men's magazine.

Occupational therapy for kids who are over- or under-sensitive to sound, touch or other senses could help improve their symptoms -- but parents and doctors should be careful not to miss an underlying disorder in those children, pediatricians said today.

Many psychiatrists believe a new edition of a manual designed to help diagnose mental illness should be shelved for at least a year for further revisions, despite some modifications which eliminated two controversial diagnoses.

Nearly 650,000 people have viewed 6-year-old Ethan Walmark's rendition of Piano Man on YouTube and 763 users have commented on the video. But the comment that brought the most joy to Ethan, who has an autism spectrum disorder, and his family was not one listed on the video sharing site.

A 13-year-old autistic Bronx boy who went missing three days ago was found and returned to his family. His odyssey highlighted the challenges highlighted during National Autism Awareness Month.

Researchers figured out how the brain can focus on one speaker in a crowded room, a finding that could lead not only to better hearing aids and cochlear implants, but to better smartphones as well.

Scientists have found a compound that can reverse the major symptoms of Fragile X syndrome -- the most commonly inherited form of mental disability in boys and a known cause of autism -- in adult mice.

A new study of mothers and children in California finds that kids born to obese women are more likely to be diagnosed with autism or related developmental delays than the children of slimmer moms.

Autism may be caused by mutations in genes inherited from fathers, according to three new studies.

Ten percent of autistic children bloom and grow out of their symptoms, and according to a new study, your income may be a factor. 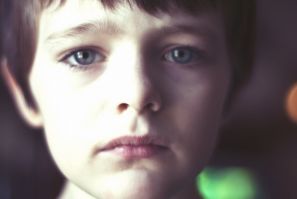 World Autism Awareness Day 2012: How Much Does It Cost To Care For A Child With Autism?

Autism On The Rise: 5 Key Facts About The New Research

The number of autism cases in the United States has reached one in every 88 children, reports the CDC. These five facts about autism may help shed some light on the new research. 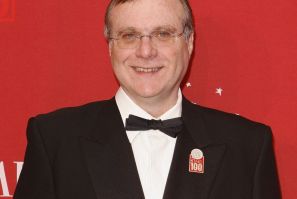 Microsoft Corp co-founder Paul Allen has donated an additional $300 million to a foundation aimed at expanding research into how the brain works and how best to treat brain-related disorders.

Microsoft Corp co-founder Paul Allen has donated an additional $300 million to a foundation aimed at expanding research into how the brain works and how best to treat brain-related disorders.

Scientists have discovered how electroconvulsive or electric shock therapy - a controversial but effective treatment - acts on the brains of severely depressed people and say the finding could help improve diagnosis and treatment of mental illness. 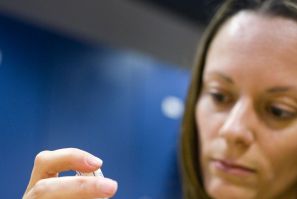 Americans travelling to the Olympics could be exposed to measles and should be vaccinated before they go, the CDC warned.
Latest news
Bone Marrow Transplant Reverses Rett Syndrome in Mice
iPhone, iPad App Launched to Help Autistic Children
Apple Bars Siri From 'New iPad': Why The iPad Needed A Personal Assistant
Autism Detection as Early as 6 Months Old, Study Finds
Carnosine Becomes Latest Supplement Craze: What is the Compound?
EDITOR'S PICK