Broadband in telecommunications refers to a signaling method that includes or handles a relatively wide range (or band) of frequencies, which may be divided into channels or frequency bins.

Broadband in data can refer to broadband networks or broadband Internet and may have the same meaning as above, so that data transmission over a fiber optic cable would be referred to as broadband as compared to a telephone modem operating at 56,000 bits per second.

Verizon has launched its own dedicated streaming box, but despite its bells and whistles, its missing one critical feature.

Analysts have changed their predictions for Disney+ subscriber numbers in the wake of Verizon's new free-year offer.

Warren Seeks To Speed Up Internet Throughout US

Much of rural America struggles to get high speed internet, a problem a potential Elizabeth Warren administration would hope to solve.

Here’s everything you need to know if you are planning to preorder Samsung’s Galaxy S9 or Galaxy S9+.

Frontier Has Reportedly Been Overcharging Customers By Hundreds Of Dollars

After purchasing networks from Verizon, Frontier Communications has reportedly been overcharging its customers by hundreds of dollars.

Research given to Wall Street investors suggest broadband internet prices could double as Comcast and Charter look to increase costs.

The 2013 hack of Yahoo was far worse than originally feared, compromising the usernames and passwords of billions of consumers. In some cases telephone numbers and dates of birth were also disclosed.

Some Verizon customers, especially those along the East Coast were experiencing issues making calls and sending messages Tuesday.

Verizon Will Throttle Video Streaming For Its Customers

Verizon's new streaming policy will feature two performance tiers depending on your plan.

More than 300 comments opposing a suggestion by the FCC that mobile internet could be a suitable replacement for broadband have been left on the FCC website.

Verizon Was Limiting Video Streaming For Its Netflix Customers?

Verizon was accused of limiting video streaming performance for its customers.

More than 14 million Verizon customer records, including security PIN numbers, were exposed in an unsecured database belonging to Nice Systems.

Verizon is kicking heavy data users off its partner networks in rural areas despite the customers being subscribed to unlimited data plans.

How To Sign Up, Use Verizon's Total Mobile Protection

The company is offering a free Morphie PowerBoost Mini to customers who sign up for the service before July 14. 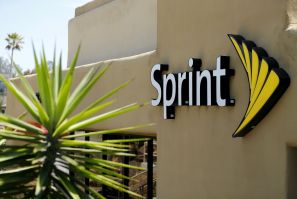 The promotion is available online until June 30 and will provide customers free unlimited service if they switch their network and already own a device. 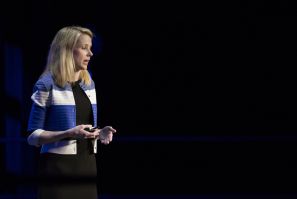 Marissa Mayer is stepping down from her position at Yahoo! after Verizon acquisition, what is her net worth?

A report from UC-Berkeley suggests AT&T is offering its high-speed, fiber internet service to wealthier neighborhoods in California while service in lower-income areas has fallen behind state and national standards.

The Canadian Radio-Television and Telecommunications Commission will add new regulatory framework to prevent the practice of preferential pricing for certain services.

The CEO of Verizon said he is open to the possibility of merging with companies like Comcast, CBS or Disney if the option presents itself. 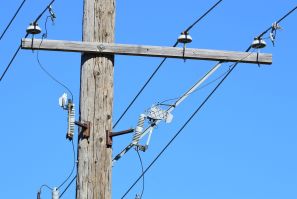 The Federal Communications Commission is reviewing its rules that require a five-month waiting period for ISPs to gain access to utility poles to build their broadband infrastructure.
Latest news
Campaign Contributions May Have Paved Way To Sell Browsing Histories
Verizon Tests Drone That Can Deliver 4G LTE Coverage After Power Is Knocked Out By A Natural Disaster
FCC Reverses Requirement For Charter To Compete With Other Broadband Companies
EFF Warns New App From Verizon Used To Collect And Sell User Data
Verizon Planning To Launch A Sling TV Competitor?
EDITOR'S PICK