Applesauce might be on the menu if Apple Inc. (Nasdaq: AAPL) doesn't take swift actions to ameliorate members of a coalition representing Iranian-Americans and speakers of Farsi who were allegedly denied sale of iPads and other merchandise by Apple store employees in recent weeks.

The U.S. Supreme Court ruled that federal law invalidates several portions of Arizona's tough immigration law but kept in place a controversial provision requiring police officers to check the status of immigrants they believe to be in the country illegally.

The political world is eagerly awaiting not one but two Supreme Court verdicts that could reshape the political landscape for the Obama administration.

Executive Power Shift: How Obama Is Remaking His Presidency To Ignore Congressional Gridlock

From immigration to same-sex marriage to education, U.S. President Barack Obama has been able to advance his agenda without Congress. Here's how.

The fallout from the failed Fast and Furious program hurtled toward a peak of intensity on Wednesday, as the White House invoked executive privilege in refusing to turn over documents related to the gunrunning program.

A Republican Congressman has authored a bill that would halt President Obama's push to shield thousands of young undocumented immigrants from deportation.

-YouTube is exploring selling subscriptions to access to some of its video offerings, potentially providing a way for certain cable channels to be available outside the traditional bundles offered by cable network providers, said YouTube boss Salar Kamangar.

The confusion arose because Florida Gov. Rick Scott shares a birthday with a deceased man whose full name was also Richard Scott.

Arizona Training Officers To Catch Immigrants, Even Though Supreme Court May Ban It

In anticipation of an imminent Supreme Court decision on Arizona's tough new immigration law, Gov. Jan Brewer is re-issuing a video training officers on how to spot undocumented immigrants.

US Department Of Justice To Sue Florida Over Immigrant Voter Purge

The Department of Justice is planning to sue Florida for pressing ahead with a sweeping effort to strike noncitizens from the voting rolls.

U.S. And Florida Sue Each Other Over Voter Purge

The U.S. Department of Justice is suing Florida to stop its drive to remove what it says are ineligible voters from their rolls, and Florida is suing Homeland Security.

Florida Gov. Rick Scott said Monday he will sue the federal government to gain access to a federal immigration database.

Krystle Marie Reyes of Salem, Ore., is charged with scamming her way into a $2.1 million tax refund. Authorities say she used TurboTax to falsely report wages of $3 million on her 2011 personal income tax return.

Florida election supervisors are refusing to go forward with a purge of non-citizen voters from the rolls, removing themselves from an escalating fight between the state and the Obama administration.

Florida Governor Rick Scott vowed on Wednesday to continue a disputed effort to purge ineligible voters from the rolls, defying a federal order to halt the process.

Wisconsin Gov. Scott Walker has defeated a recall attempt, the news networks declared an hour after the polls closed.

Why Is The Pentagon Finding Counterfeit Chinese Electronics In Critical Military Equipment?

American military machines are endangered by phony components from China. No one has been hurt yet as a result, but solving the problem will be a herculean task.

In a double blow to Florida's controversial push to prevent election fraud, a federal judge blocked the state's new voting law and the Justice Department ordered the state to halt a purge of noncitizens from its voter rolls. 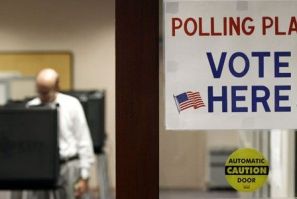 Democratic lawmakers from Florida are urging Gov. Rick Scott to abandon an effort to clear ineligible voters from the state's rolls, pointing to early warning signs that legitimately registered voters could be barred from voting. 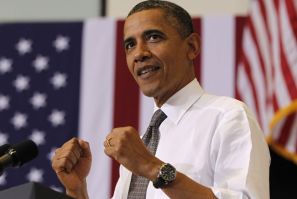 The president has shown in recent weeks that while he may be interested in their votes, he doesn?t really value women?s interests. 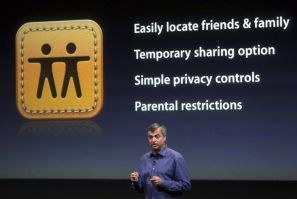 Apple?s Antitrust Reply On eBooks: ?We Benefited The Public?

Apple has acknowledged that its iPad made it a major force in ebooks but denied that it?s stifling competition in a formal reply to the Justice Department's antitrust suit. 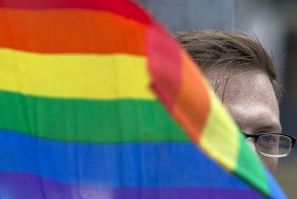 Two laws preventing the federal government from recognizing and providing benefits to same-sex couples are unconstitutional, a federal judge in California ruled.

Forty-five prisoners are abstaining from food in an effort to highlight what they say are inhumane conditions in Virginia's Red Onion State Prison. 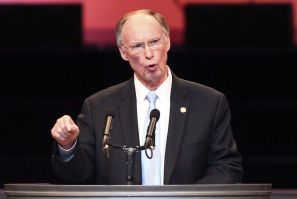 Days after the Alabama legislature voted to update a stringent immigration law considered among the toughest in the nation, Governor Robert Bentley has called for a special legislative session to address his concerns with the law.