Social Media Seen As A Positive For Democracy In Most Nations But Not U.S.

A study of over 20,000 people from around the world found that most people believe social media is beneficial to democracy, but the U.S. is the outlier.

List Of Fake News Promoted By Russian Media This Week

Rittenhouse said the game was part of his effort to "fight back against fake news," and proceeds would help him sue media outlets for defamation.

A post on social media claimed the man had died shortly after receiving his COVID-19 booster jab.

Zuckerberg ‘An Enemy Of The State,’ Says Filmmaker

In an interview in the New York Times’ “Sway” podcast, Ken Burns revealed how he truly feels about Mark Zuckerberg.

WHO Investigates Origins Of COVID-19

It's not like it is in the movies, WHO scientists say.

Mike Lindell's two-hour film has been forced off of mainstream platforms.

An ex QAnon supporter is taking back his harsh comments about the CNN host.

A "conversation" with House minority leader Kevin McCarthy appears to have done nothing to curb her appetite for controversy.

US Pharmacist Who Destroyed Vaccines Was 'Conspiracy Theorist': Police

US pharmacist who destroyed vaccines was 'conspiracy theorist': police 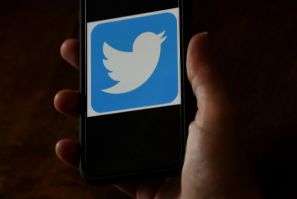 Twitter Cracks Down On False Posts About Covid Vaccines

Twitter cracks down on false posts about Covid vaccines 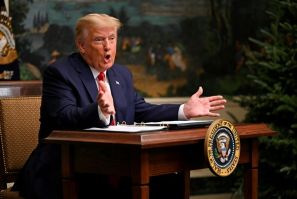 Trump Has Made Over 23,000 False Or Misleading Comments

In just under four years President Trump has made 23,035 false or misleading comments. Trump's fraudulent claims have risen every year. 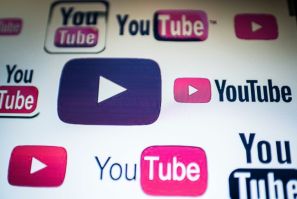 The network will be more vulnerable to disciplinary action after their ban, and demonetization will be permanent unless structural changes are made. 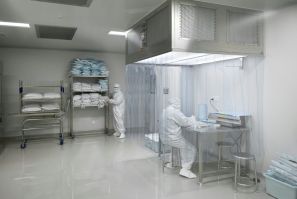 Trust In Vaccines Vital To Halting Pandemic: WHO

Trust in vaccines vital to halting pandemic: WHO 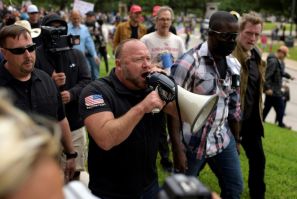 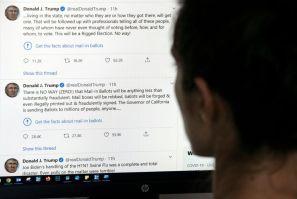 A Few Tips On False Narratives On Election Day

George Soros isn’t stealing the vote, you can’t vote more than once, among the falsehoods making the rounds on Election Day. 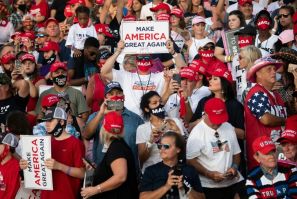