The mother of one of the San Bernardino shooters has pleaded to guilty to destroying an important piece of evidence.

The FBI allegedly complained that encrypting backup data would make gathering evidence far more difficult against suspects that use iPhones.

Several news organizations have teamed up to ask a judge to force the United States government to reveal how much it paid a contractor to unlock the iPhone belonging to the perpetrator of the San Bernardino shooting attack in 2015.

Following a lawsuit from press organizations, the FBI has released documents that provide some details as to how the bureau was able to gain access to an iPhone that belonged to the San Bernardino Shooter.

Although few attacks in the country have been directly linked to the group, several of its sympathizers have carried out assaults in the country, with some leading to fatalities.

Trump Wants To Stem The Flow Of Muslims Into US

Donald Trump's initial call for an all-out ban on Muslims entering the United States has morphed into creating an extreme vetting process for anyone who wants to immigrate from trouble spots.

Bombs in New York and New Jersey over the weekend have Americans worried about the threat of terrorism in the U.S.

The government has alleged that the proceeds from Syed Rizwan Farook’s two life insurance policies were derived from a terrorist act.

Thursday’s arrests in Corona, California, were not directly related to a December attack that left 14 people dead, a law enforcement official said.

FBI Paid More Than $1.3M To Break Into iPhone

The amount was thought to be the largest paid for a hacking technique, topping the $1 million that security company Zerodium once paid.

Although the FBI maintains that its order is narrowly tailored, Apple argues it would set a “dangerous precedent­” for the future.

It's the agency's response to Apple's charge of a botched investigation in the ongoing conflict over access to Syed Farook's smartphone.

Officials Could Have Cracked Shooter’s iPhone

Officials were paying for MDM software that could have easily bypassed the passcode on Syed Farook’s iPhone.

The interfaith community in Riverside, California, is seeking to address continued anti-Muslim and anti-Semitic backlash.

Investigators have yet to access encrypted data on the cell phone, FBI Director James Comey said, at a briefing with senators on emerging threats to the U.S.

The Islamic State group lauded the San Bernardino, California, terrorists and called for more such attacks. 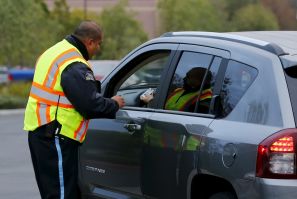 The Inland Regional Center in San Bernardino, California, reopened Monday for the first time since the Dec. 2 shootings that left 14 dead. 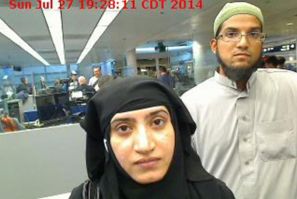 The release of the 21-page visa file comes as the process that allowed the San Bernardino shooter's entry to the U.S. on a fiancée visa remains under scrutiny. 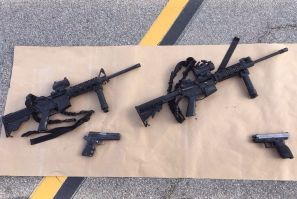 A judge ordered the defendant, who is accused of supplying weapons used in a deadly Dec. 2 attack, to be held until a Jan. 4 hearing. 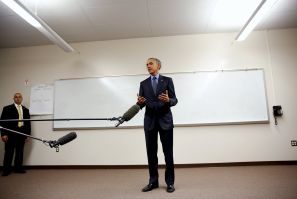 Obama said he was moved by the families' emphasis on tolerance and described them as representatives of "strength, unity and love.” 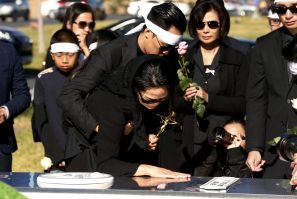 Enrique Marquez, accused of purchasing two of the rifles used in a Dec. 2 attack in California, faces three charges including providing material support for terrorism. 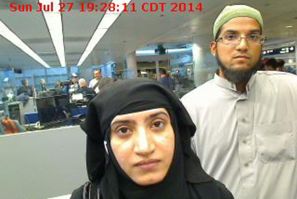 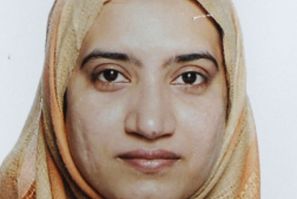 Tashfeen Malik Pledged Support For Jihad Before Entering US